Pvt Ulysses Samuel Henry enlisted on 12 March 1944 at Camp Shelby, Mississippi. He was initially buried at Epinal, France. He was buried May 29, 1948, at US National Cemetery, Knoxville, B, 6696.

The Knoxville News-Sentinel, December 5, 1944
Pvt. Ulysses S. Henry, son of Mrs. R.M. Henry, 139 Abner Street, was killed in France on Nov. 6, according to a gelegram from the War Department. He had previously been reported missing on the date of his death. He entered the service in March, and had been overseas about a month. He was in the infantry.

The Knoxville News-Sentinel, May 11, 1945
The Silver Star Medal, awarded posthumously to Pvt. Ulysses S. Henry, will be presented to his mother, Mrs. Myrtle M. Henry, 139 Abner Street, in ceremonies in Ashville, N.C. on Mother’s Day. Col. R.E. Willoughby, commanding officer of Army Ground and Service Forces Redistribution Station at Ashville, will present the ward to Mrs. Henry at 11 a.m. Sunday. Pvt. Henry was killed last November, while attempting to destroy a machine-gun emplacement that had pinned down his company. He was cut down by fire from enemy small arms when he reached a point 75 yards in front of his comrades. “His heroic action si inspired the others that the entire company moved forward as a body to capture the objective without further loss,” the citation accompanying the award said in part. “Pvt. Henry’s courageous action and utter disregard for his personal safety spurred the men of his organization to a meritorious achievement and reflected great credit upon himself and the military service.”
Mrs. Henry will be accompanied to Asheville for the presentation by her daughter, Miss Rebecca Henry. 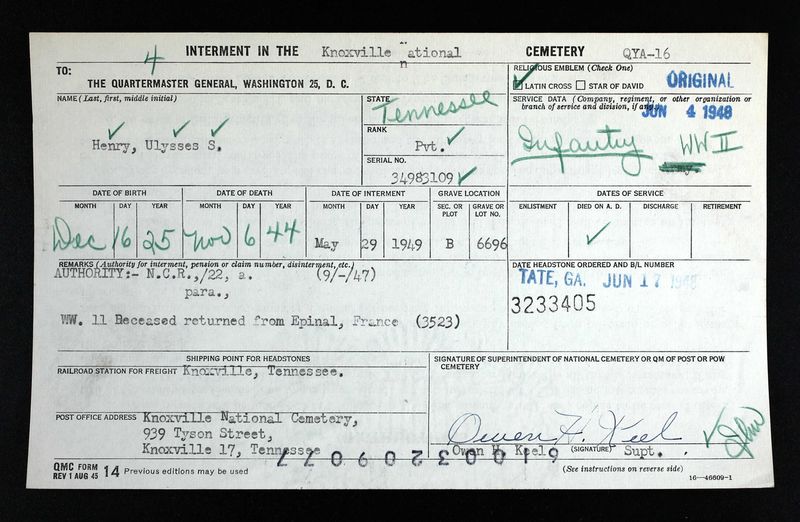 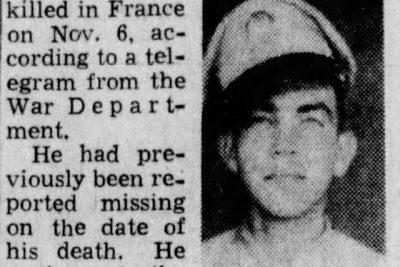 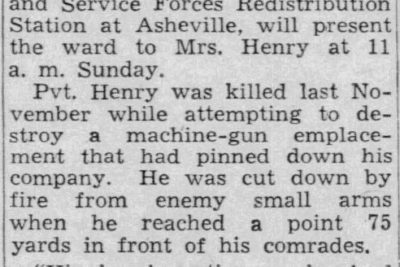