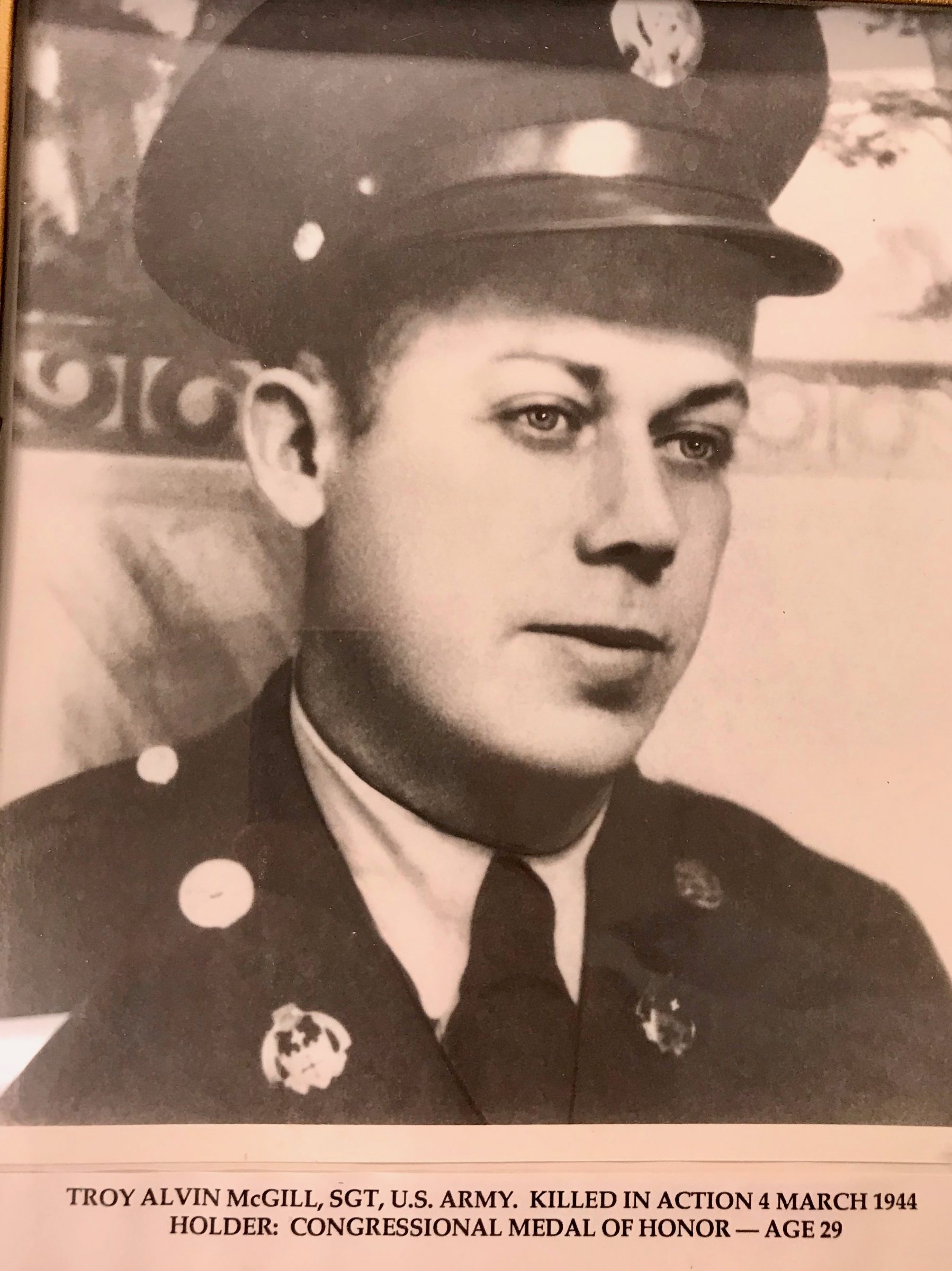 For conspicuous gallantry and intrepidity above and beyond the call of duty in action with the enemy at Los Negros Island, Admiralty Group, on 4 March 1944. In the early morning hours Sgt. McGill, with a squad of eight men, occupied a revetment which bore the brunt of a furious attack by approximately 200 drink-crazed enemy troops.

Although covered by crossfire from machineguns on the right and left flank he could receive no support from the remainder of our troops stationed at his rear. All members of the squad were killed or wounded except Sgt. McGill and another man, whom he ordered to return to the next revetment. Courageously resolved to hold his position at all cost, he fired his weapon until it ceased to function.

Then, with the enemy only five yards away, he charged from his foxhole in the face of certain death and clubbed the enemy with his rifle in hand-to-hand combat until he was killed. At dawn 105 enemy dead were found around his position. Sgt. McGill’s intrepid stand was an inspiration to his comrades and a decisive factor in the defeat of a fanatical enemy.”

On Tuesday, May 10, 2020 the section Interstate 40 going from Watt Road in Knox County to the North Carolina State Line was named the Troy A. McGill Medal of Honor Highway. 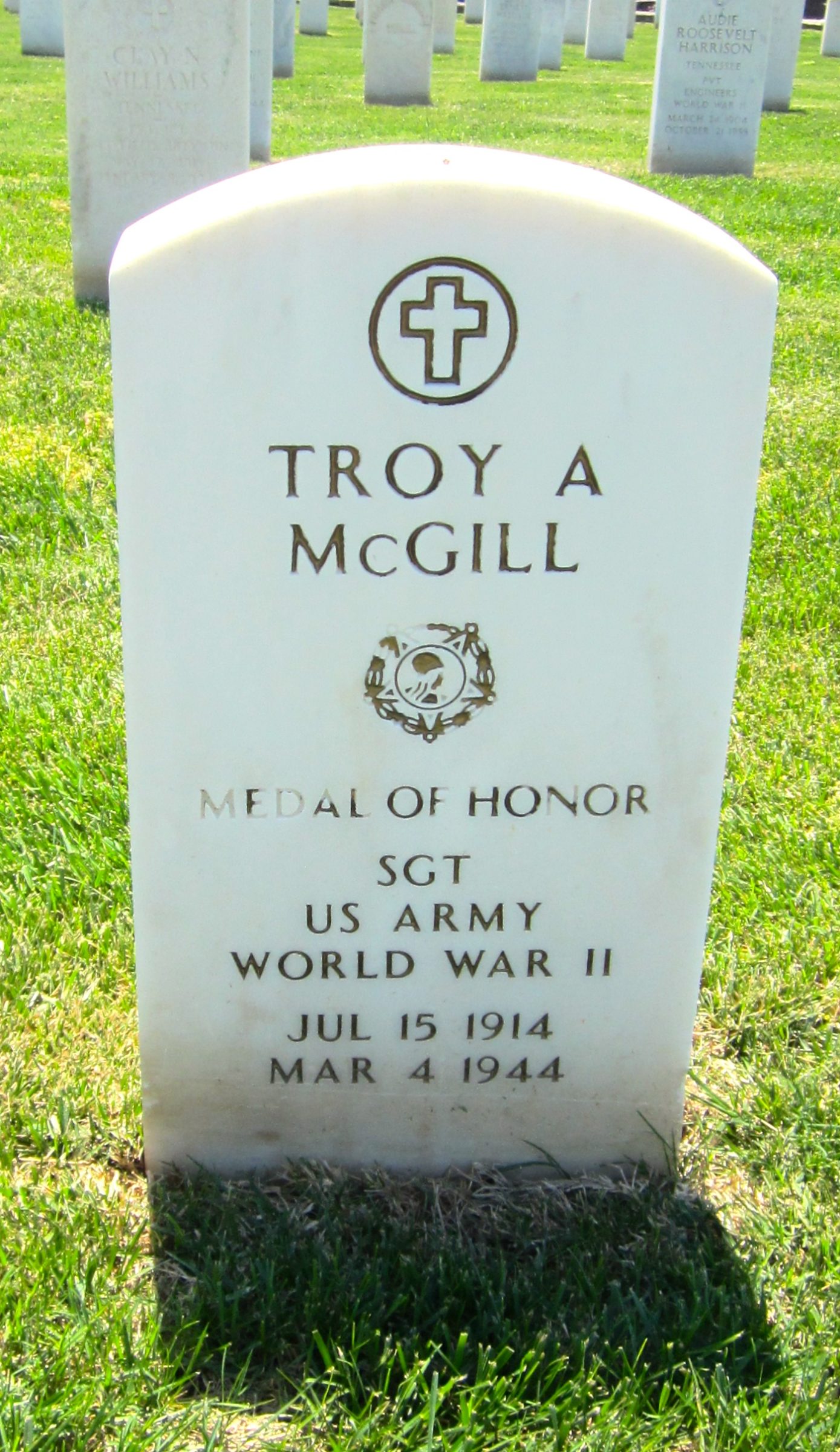 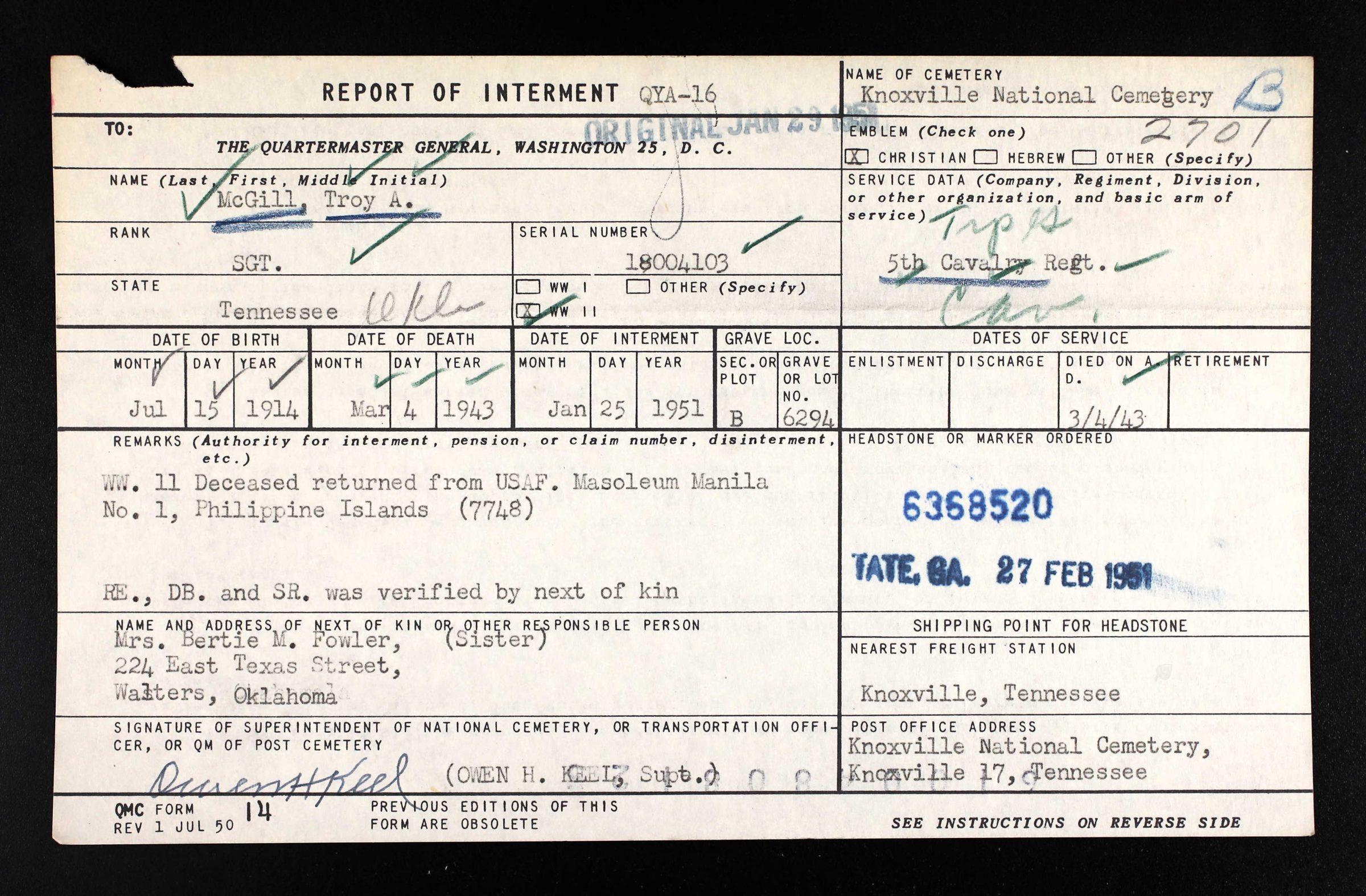 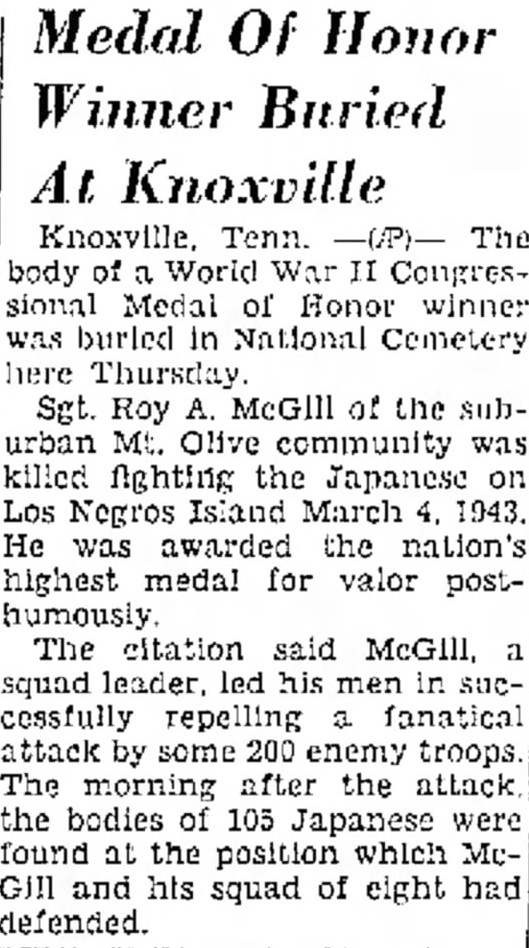 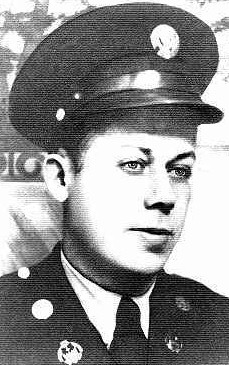 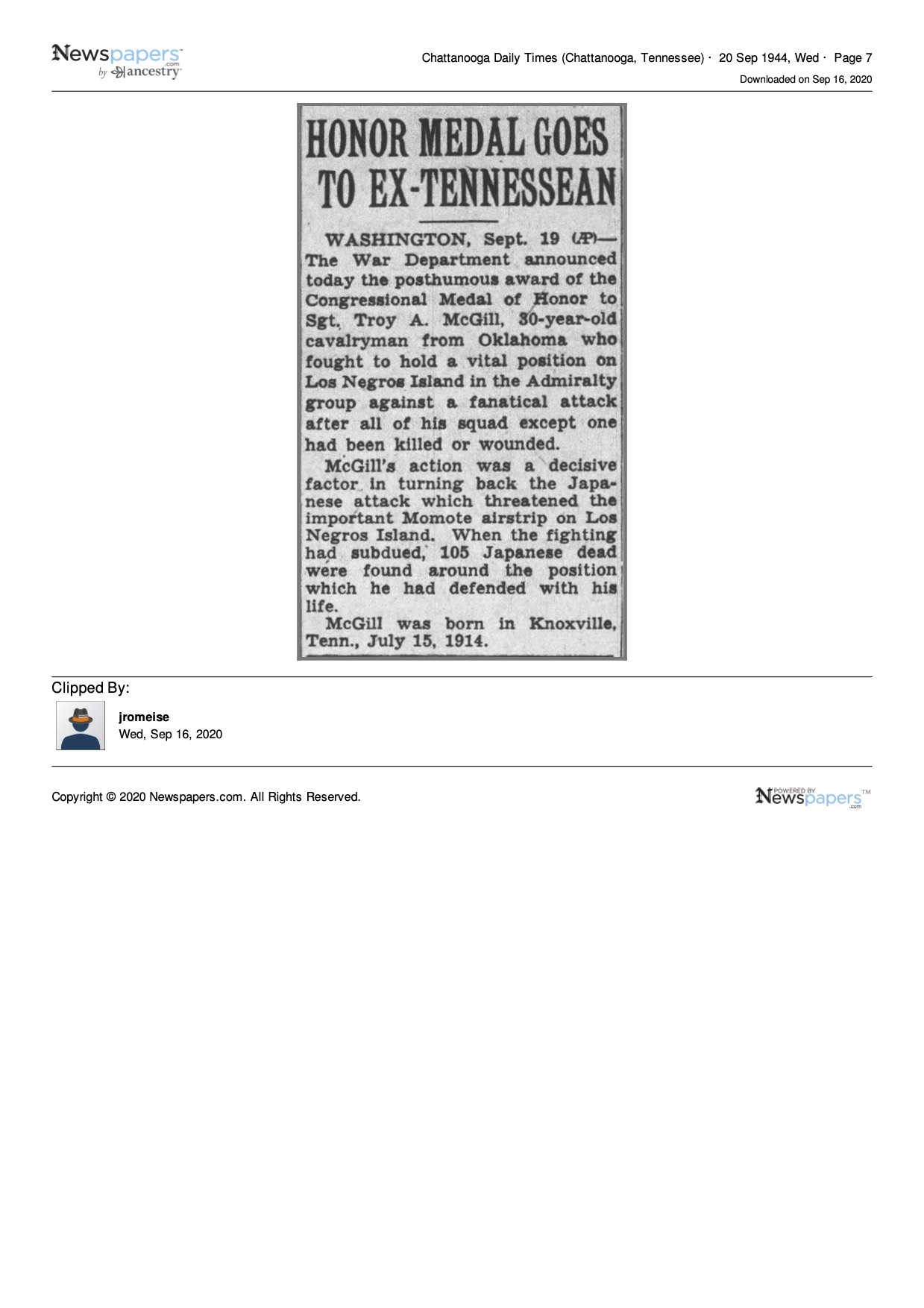