Travis Leonard Moore was born in Chattanooga, Tennessee to Alexander Brevard Moore and Cora Lee Geiler. He was the husband of Dorothy Louise Murphy.

1st Lieutenant Travis L. Moore, US Army Air Force, was assigned to the 394th Bomber Squadron, 5th Bomber Group H, flying B-24s, based out of Munda, New Georgia, in the Pacific. He died on 2 April 1944 near Truk Atoll and is listed on the Tablets of the Missing, Manila American Cemetery, Manila, Philippines.

The Chattanooga Daily Times, 29 April 1944
First Lt. Travis L. Moore, son of Mrs. Bobbie G. Moore, 1100 Greenwood Road, is missing in action over Truk, the War Department had informed his mother. Lt. Moore, pilot of a B-24 bomber, was reported missing after an air raid on Truk April 2. He entered the service in August, 1941, and was promoted to the first lieutenancy last March. He was formerly employed at the Richmond Hosiery Mill and is a graduate of Central High School, class of 1937. His wife, the former Miss Dorothy Murphy of Casper, Wyo., is now visiting his family here. They were married Sept. 14, 1943 at the army air base at Casper. 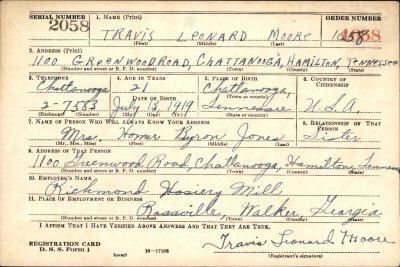 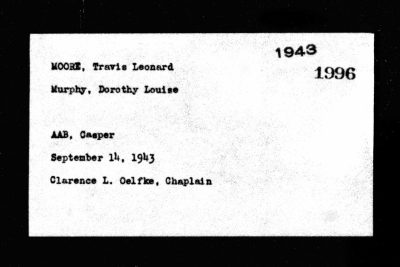 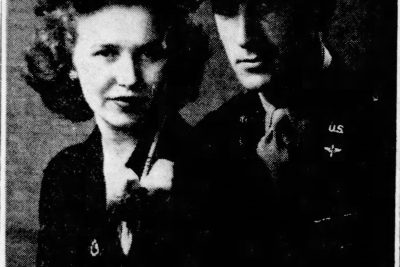 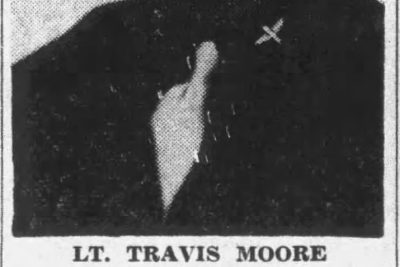 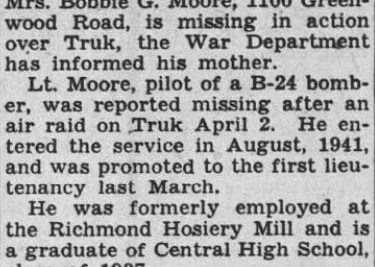