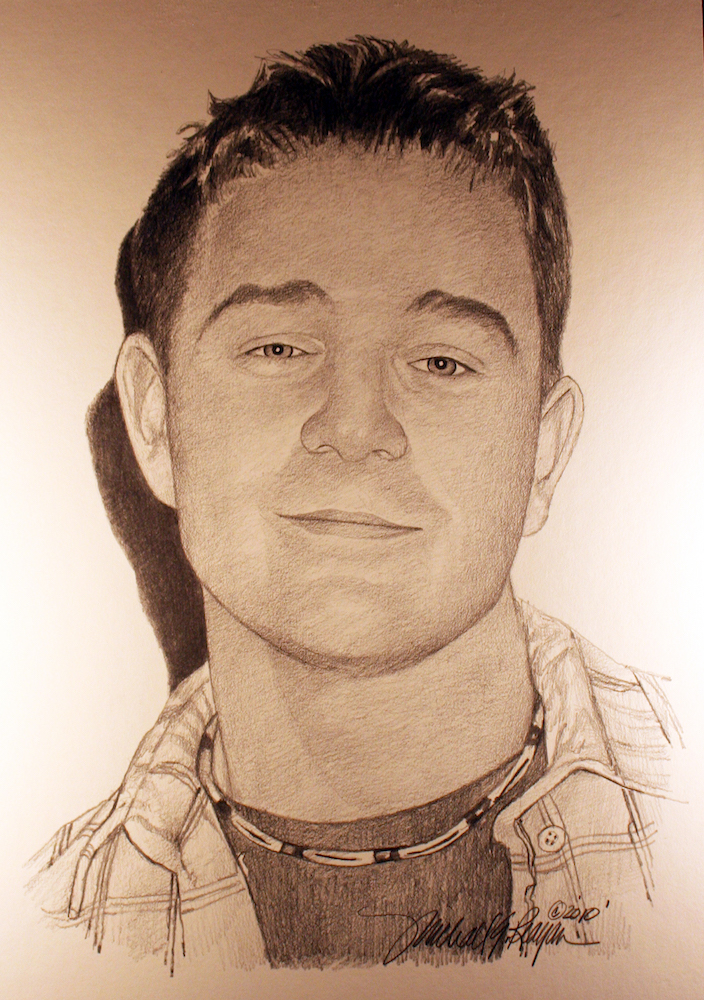 After high school, Travis joined the Army in December of 2005. He took basic training at Ft. Benning, Georgia and afterward was assigned to A CO 1-5 CAV 1CD. He arrived to Alpha Company in June of 2006 and immediately began training with the Annihilators in preparation for deployment to Iraq. In October of 2006 PFC Haslip deployed with Alpha Company and the 1-5 CAV Black Knights to Iraq for Operation Iraqi Freedom.

Soldier from Hamilton County killed in Iraq
by The Associated Press
CHATTANOOGA, Tenn. -An Army private identified as being from Hamilton County was among six soldiers killed when an improvised explosive device detonated near their vehicle in Iraq, the Department of Defense said May 22. Pfc. Travis F. Haslip, 20, of Ooltewah was killed May 19 with five other members of the 1st Battalion, 5th Cavalry Regiment, 2nd Brigade Combat Team, 1st Calvary Division, from Fort Hood, Texas, a department statement said. Nancy Bourget, a spokeswoman at Fort Hood, said Haslip was deployed to Iraq in October after joining the military in December 2006 as an infantryman. WDEF-TV in Chattanooga reported that Haslip only attended high school in Ooltewah for his freshman year, but he was remembered by some teachers there. “I could sum it up in one word he was a sweet kid, you know, he was, never caused any problem. He was quiet but he was always attentive,” biology teacher Marty Miller said.

Hundreds, including strangers, pay tribute to fallen soldier
by The Associated Press
CHATTANOOGA, Tenn. -A fallen soldier’s funeral procession and Memorial Day burial at Chattanooga National Cemetery turned into a community tribute. Hundreds of people, many who didn’t know Army Pfc. Travis Haslip stood along the procession route Monday. Haslip, 20, was a laid-back person who liked to keep a low profile and would have been surprised by the outpouring of support, said Derek Blevins, a longtime friend of Haslip’s.

Sgt. 1st Class Kendra Biggs, who served in Iraq with the Army Reserve in 2004 and 2005, was on her way to do some shopping when she saw people lining up with flags outside a funeral home. She called her husband, Brack Biggs, to join her for the procession with the couple’s 10-month-old baby. “We just wanted to let the family know that they are supported,” Kendra Biggs said.

Joey Hughes showed up wearing a Marine Corps T-shirt. Hughes was recently recalled by the Marine Corps after serving from 2002 to 2006 and has orders to report in October for deployment to Iraq. He held a flag Monday in honor of a soldier he never met, he said, because “I think this young man deserves his proper due.”

Haslip and five other soldiers were killed May 19 in Baghdad when an improvised explosive device detonated near their vehicle. After joining the Army in December 2005, Haslip was assigned in June 2006 to the 1st Battalion, 5th Cavalry Regiment, 2nd Brigade Combat Team, 1st Cavalry Division, at Fort Hood, Texas. Four months later, he left for Iraq.

Haslip’s friends and family remembered him as a warm person who always had a hug for his mother and a smile for his friends. Eddie Ivester, a viet veteran whose parents are buried at the cemetery, also attended the service without knowing Haslip. “I just wanted to say thank you,” he said. 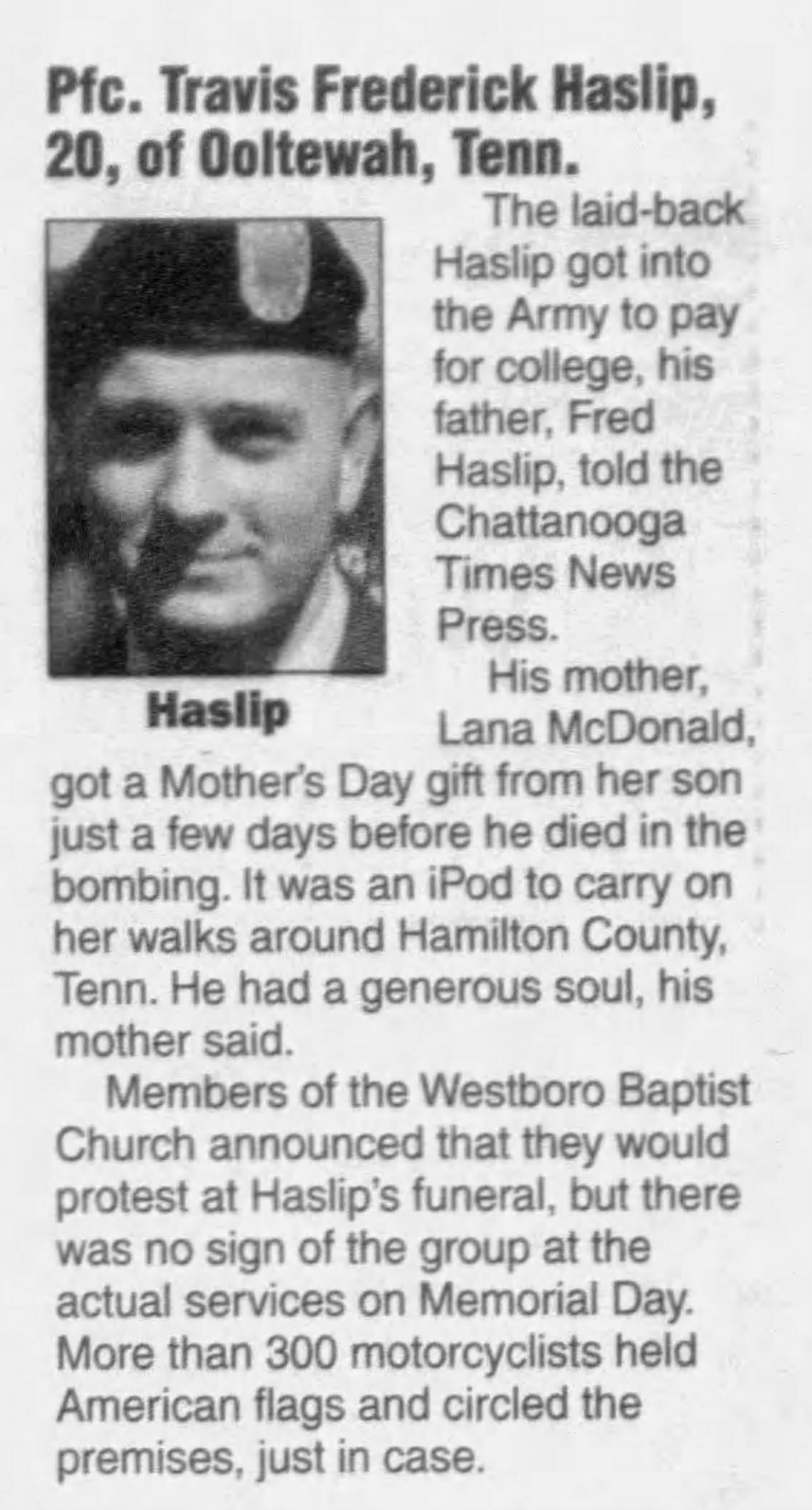