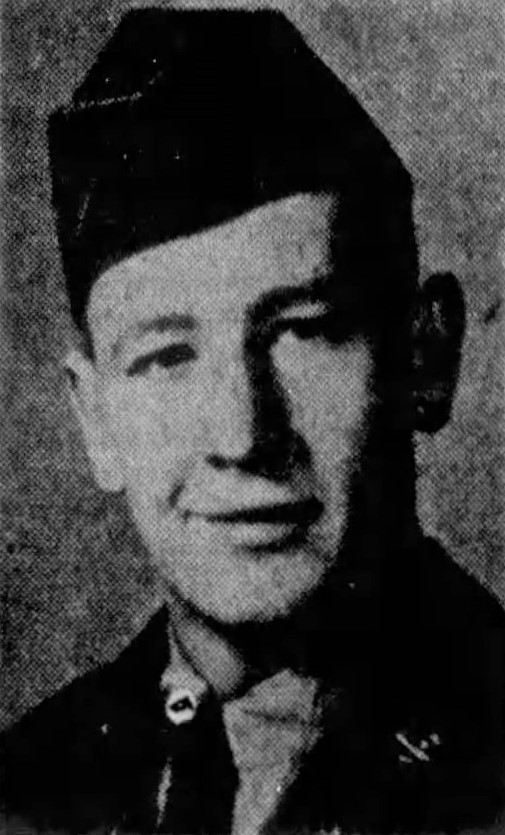 Private First Class Johnson was a member of the 23rd Infantry Regiment, 2nd Infantry Division, Company B. He was Killed in Action while fighting the enemy in North Korea.

The Johnson City Press-Chronicle, February 22, 1952
The body of Private First Class was to arrive in Bristol, with a military escort. It will be taken to the Hill Funeral Home to reamin until Saturyday when it will be taken to the home of his parents. Private Johnson was killed in action in Piduel, Kogae, North Korea, on September 23, 1951. He entered the Army on January 10, 1951, and took his basic training at Camp Breckenridge, Ky. After spending a short furlough with his parents, Mr. and Mrs. Ray V. Johnson of Mountain City, he was sent overseas. He landed in Japan on June 12 and went to Korea on June 15, where he was assigned to Company B, 23rd Infantry Regiment, Second Division. On the night of September 23, when his company was rushed into the battle of Heart Break Ridge, he survived with the last three men to reach the top and was awarded the Silver Star for bravery in action when he returned wounded comrads to safety. He was killed later the same night and was awarded the Purple Heart posthumously. Private Johnson was born on July, 1931 at West Grove, Pa. He lived there until his parents moved to Mountain City in 1942. He was graduated from Johnson County High School in 1950. He was an outstanding football player and captain of the 1949 Mountain City eleven. He was elected Arcadian Prince of his class of that year. He was a member of the Liberty Christian Church.
Survivors, besides his parents, include his maternal grandparents, Mr. and Mrs. Isaac Gentry; and his paternal grandparents, Mr. and Mrs. R.G. Johnson, all of Mountain City. 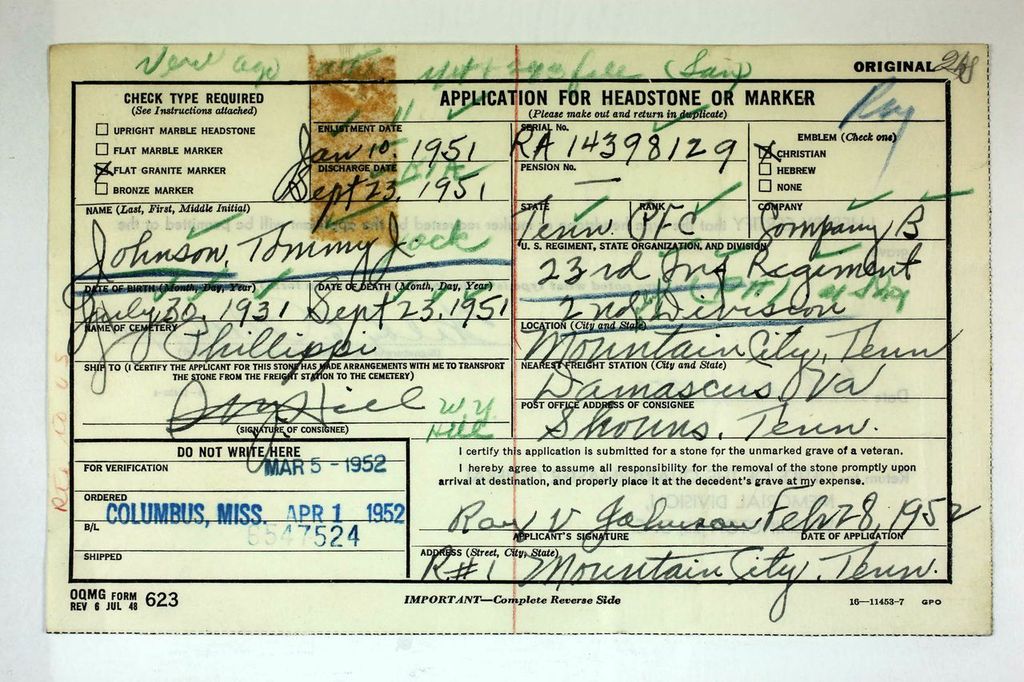 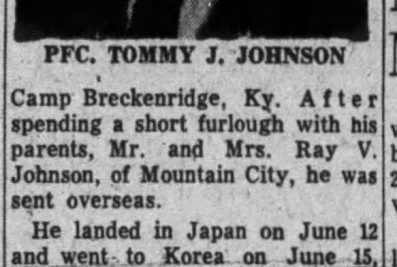