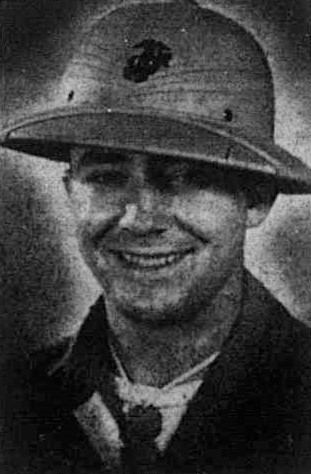 Tom Chrisman was a Marine who volunteered in the highest tradition of his native state to serve in a time of great conflict.  He had just married his young wife when he was deployed to the Pacific and waded into the hell that was Peleliu Island in September of 1944.  His young wife never remarried and passed into eternity with Tom seventy-two years later.  All that remains is his name, etched into the smooth granite face of a stone column that protects it for anyone who wishes to see, remember and honor in the quiet and solitude of their thoughts.
–Contributed by Michael Sawyer 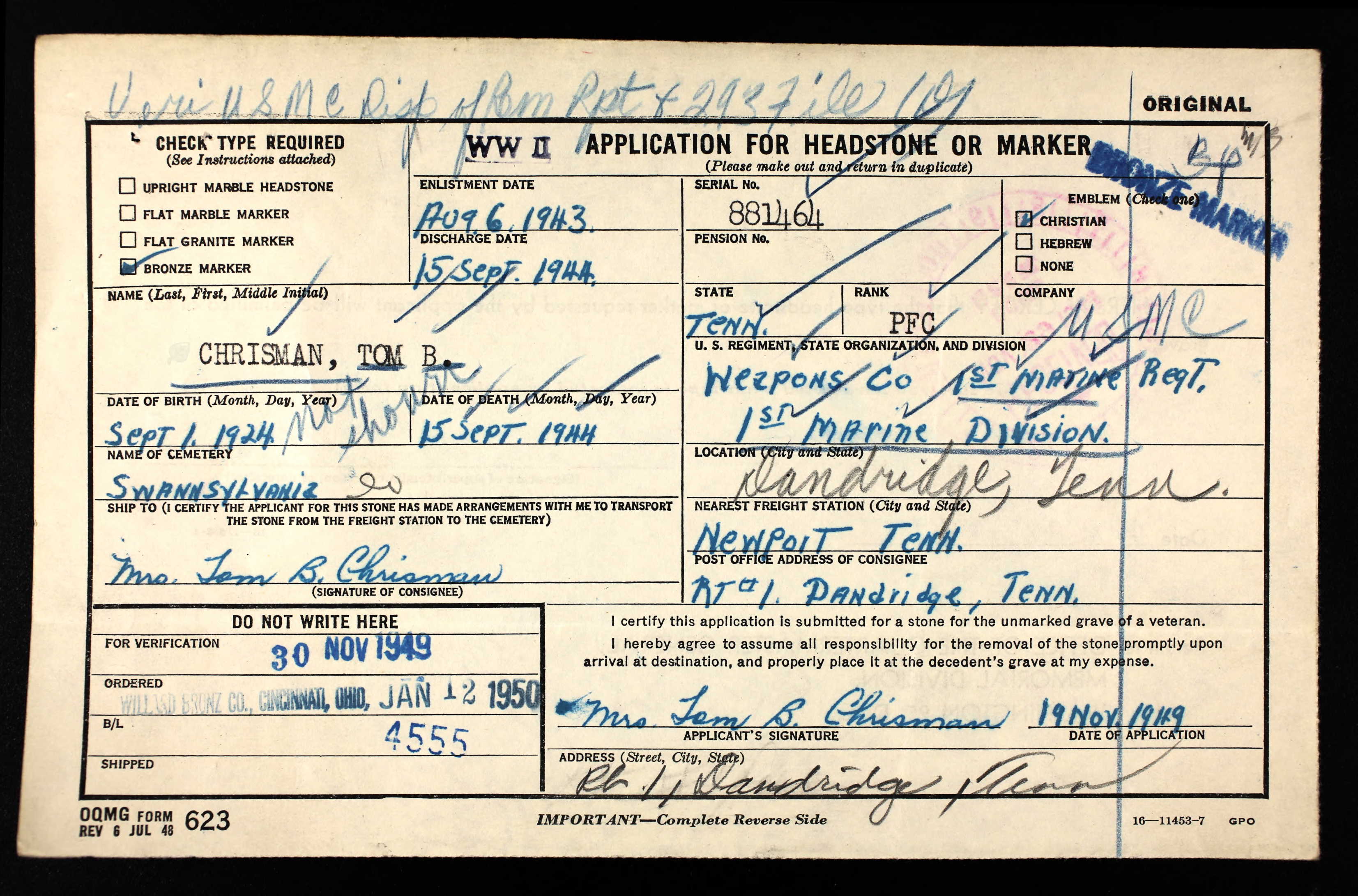 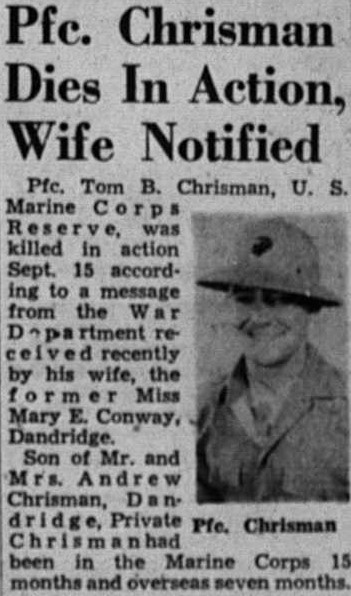