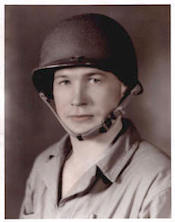 Lt Coulter died of wounds in the European theater.

March 2, 1940 Married Juanita Stephens
August 1943 Entered the service, received training at Camp Van Dorn, Mississippi, Fort Benning, Georgia and
November 22, 1943 Camp Van Dorn, Mississippi, Toll was a Private First Class Assigned to Headquarters Company, 253 Infantry, 63 Division
Source: Thanksgiving Menu with list of names and dated 1943
Somewhere in-between November of 1943 and January of 1945 he was training at Fort Benning, Georgia and serving as an instructor in Texas.
January, 1945 Embarkation for the European Theatre.
March 19, 1945, in the vicinity of Ensheim, Germany during the attack on the Siegfried Line. Was a Second Lieutenant at the time during the action by which he received the Silver Star.
Note: From inquiry it was found that Toll received 2 Silver Stars
April 25, 1945, wounded in action. Was a First Lieutenant serving in the Seventh Army under General Patch in Germany.
April 26, 1945, died as a result of the wounds received the previous day. Was awarded a Purple Heart.
Buried in the U.S. military Cemetery St. Avold, located twenty-three miles east of Metz, France.
May 27, 1945 (Sunday) Memorial service held at the Broadway Methodist Church in Maryville.

The President of the United States of America, authorized by Act of Congress July 9, 1918, takes pride in presenting the Silver Star (Posthumously) to First Lieutenant (Infantry), [then Second Lieutenant] Tollton F. Coulter (ASN: 0-1328125), United States Army, for gallantry in action while serving with Company C, 254th Infantry Regiment, 63d Infantry Division, in action on 19 March 1945, in the vicinity of Frisheim, Germany. During the attack on the Siegfried Line, Lieutenant Coulter’s company had the mission of taking eleven pillboxes. Lieutenant Coulter remained in the open directing fire of supporting tanks on the first pillbox and led the assault on the next four, capturing twenty-seven prisoners. With the aid of an English speaking prisoner, Lieutenant Coulter and two of his men entered each of the remaining pillboxes and captured a total of one hundred and ten prisoners. Lieutenant Coulter’s outstanding gallantry under hazardous conditions, is in keeping with the finest traditions of the Armed Forces of the United States.
General Orders: Headquarters, 63d Infantry Division, General Orders No. 289 (June 24, 1945) 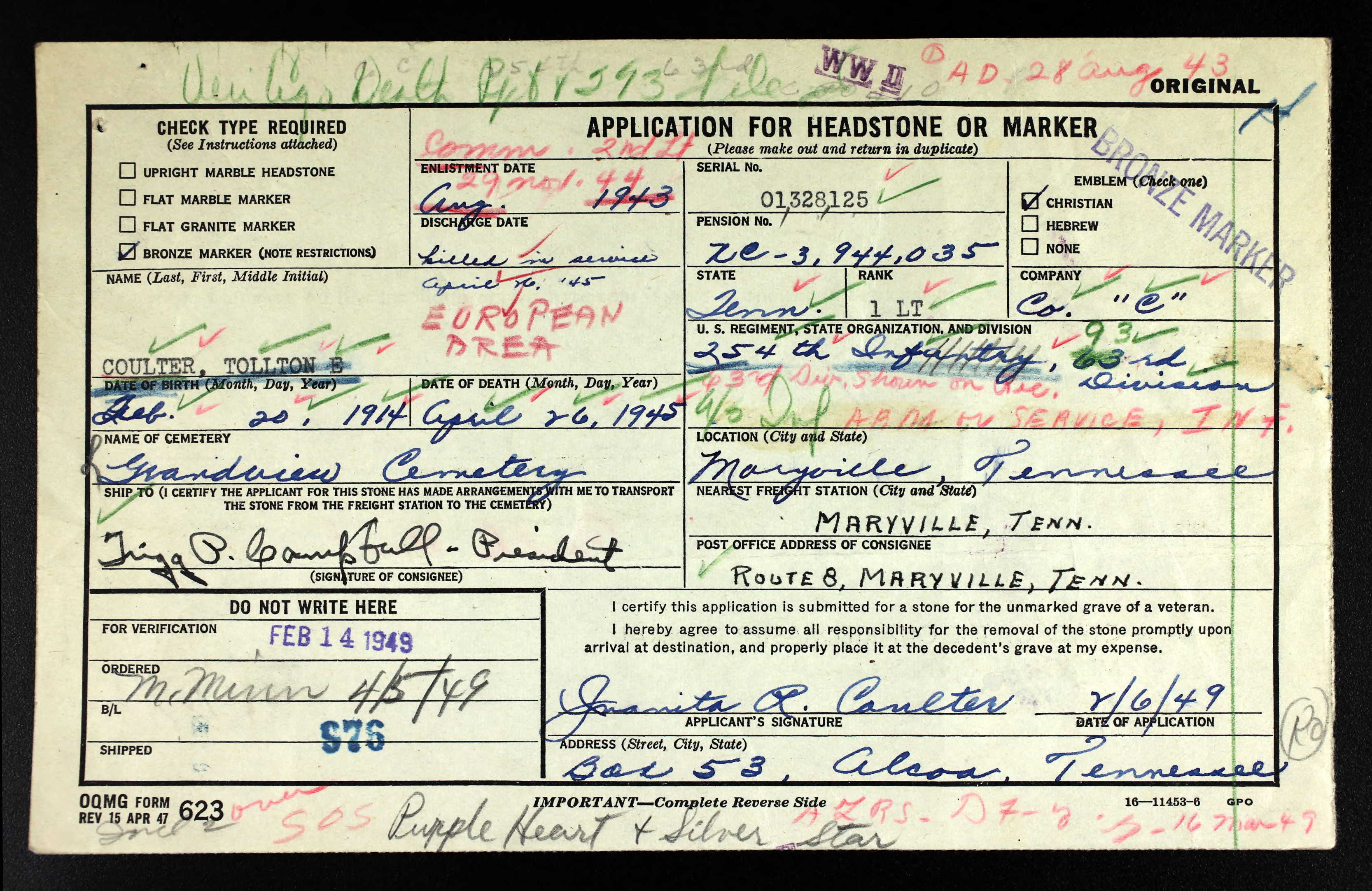 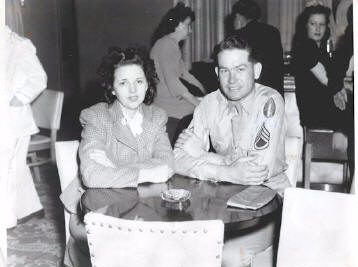 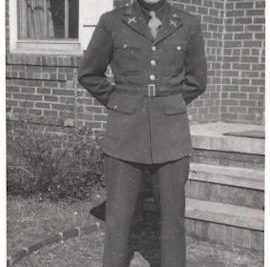 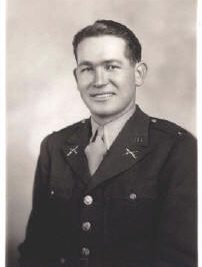