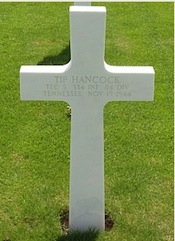 Tipton (Tip) Hancock was born on January 6, 1917, in Tennessee, the child of Millard Reed and Stella Mae. He married Anna J. on July 14, 1941, in Walker County, Georgia. He died on November 19, 1944, in Geilenkirchen, North Rhine-Westphalia, Germany, at the age of 27, and is interred at Netherlands American Cemetery, E,10,6, Margraten, the Netherlands.
Awards include the Purple Heart.

He joined the Army at Ft. Oglethorpe Georgia on 17th of December 1941. He was assigned to the 334th Infantry Regiment, 84th Infantry Division. 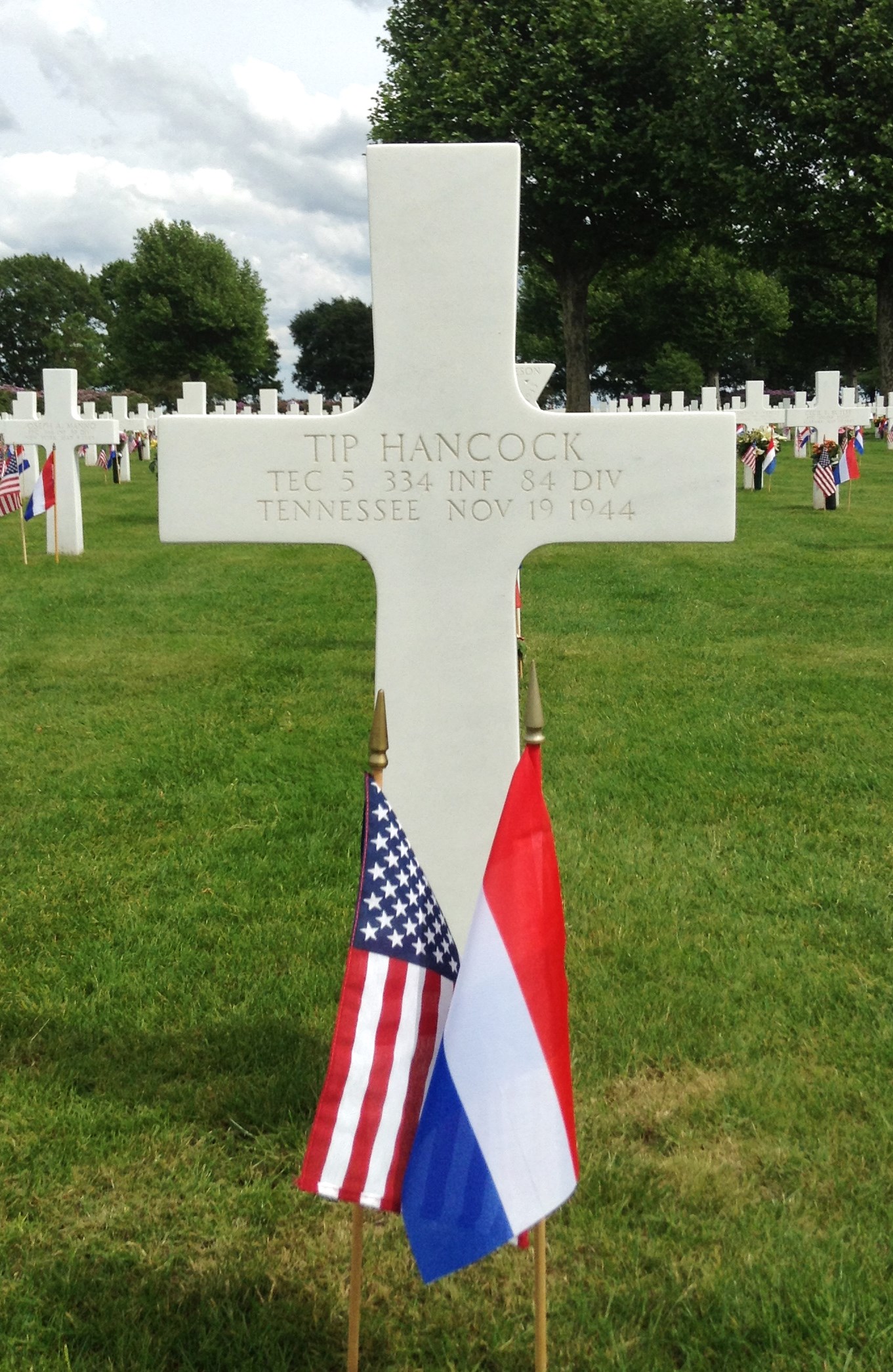 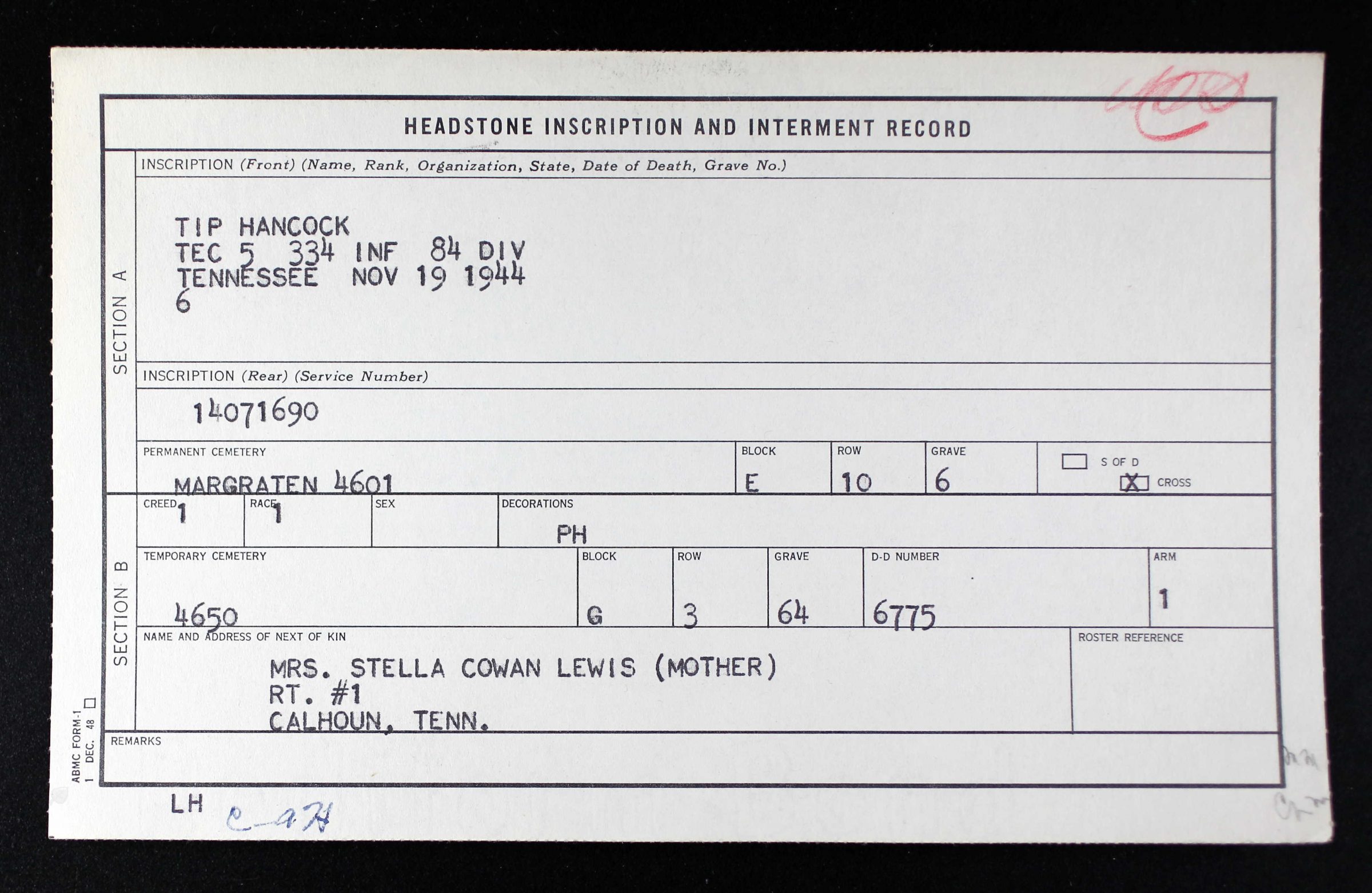