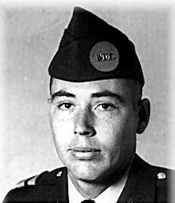 Chief Warrant Officer Timothy Harold Artman was born on August 13, 1944, originally from Hialeah, Florida. He served his country in the United States Army in Vietnam as a member of 173rd AHC, 11th CAB, 1 AVN BDE, beginning his tour on February 10, 1967. In Vietnam, he flew missions as a helicopter pilot, making utility and light cargo runs. He was making one of these flights at Long An, South Vietnam, on January 8, 1968 when he was killed when his helicopter crashed. He was 23 at the time of his death. Officer Artman is memorialized on the Vietnam Veterans Memorial on Panel 33E, Line 78. 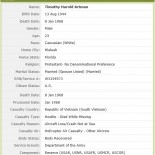