The Knoxville Journal, February 1, 1945
Mr. and Mrs. Sam Wormsley of Coalfield, have been notified by the War Department that their son, Pvt. T.J. Wormsley was killed in action in Germany Dec. 2. He was 19.
Private Wormsley was in the infantry and received his training at Fort McClellan, Ala., and Camp Maxey, Texas. He was employed at Oak Ridge before entering service in January, 1944. He had been overseas since October. 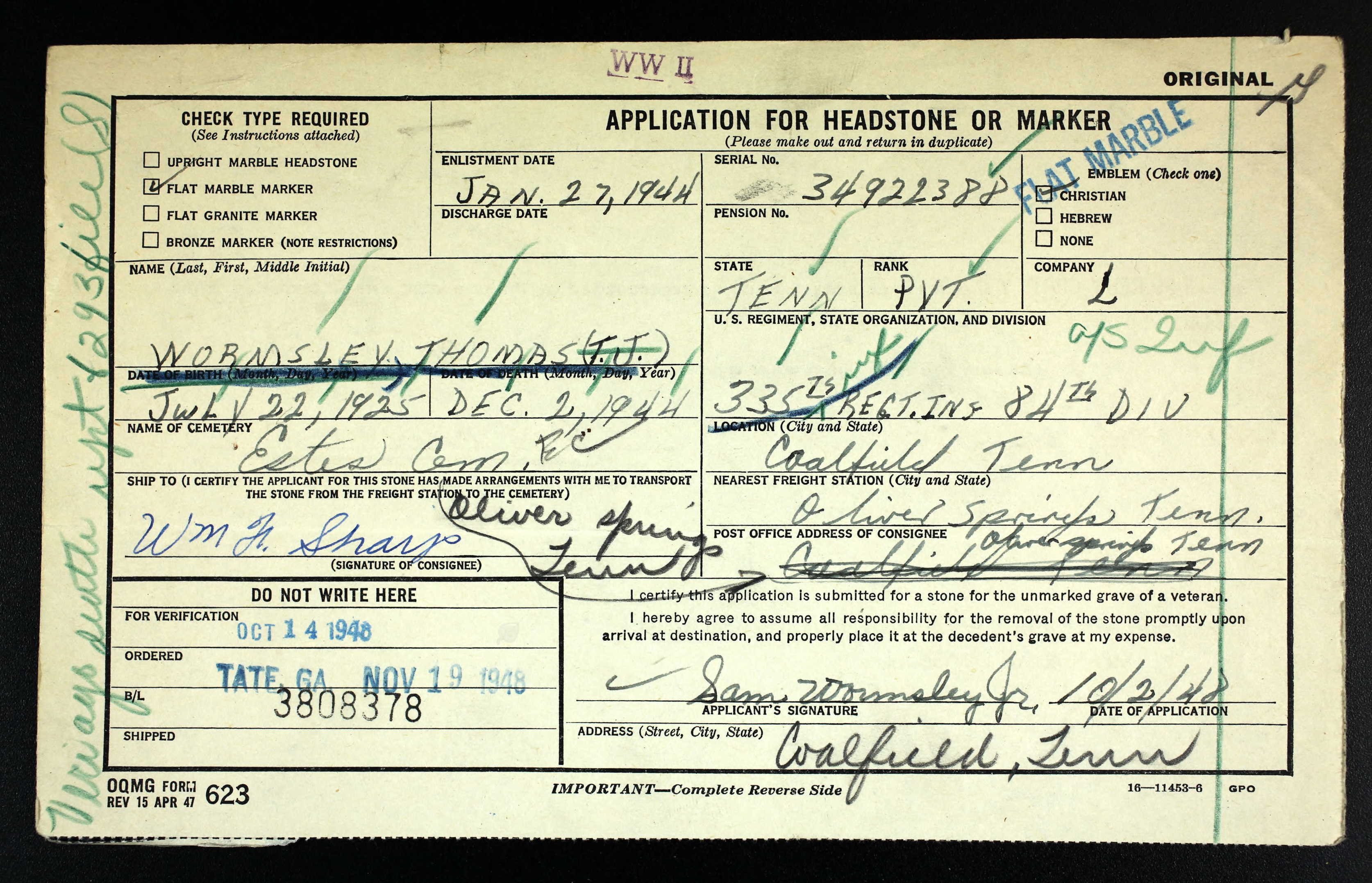 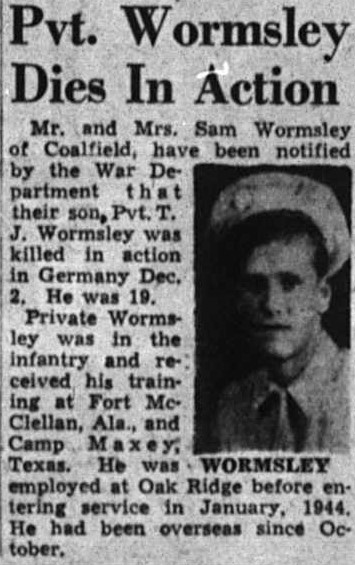 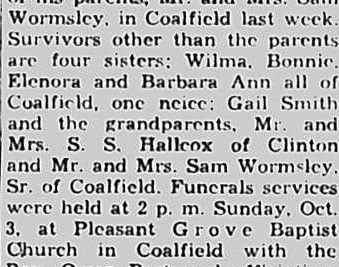