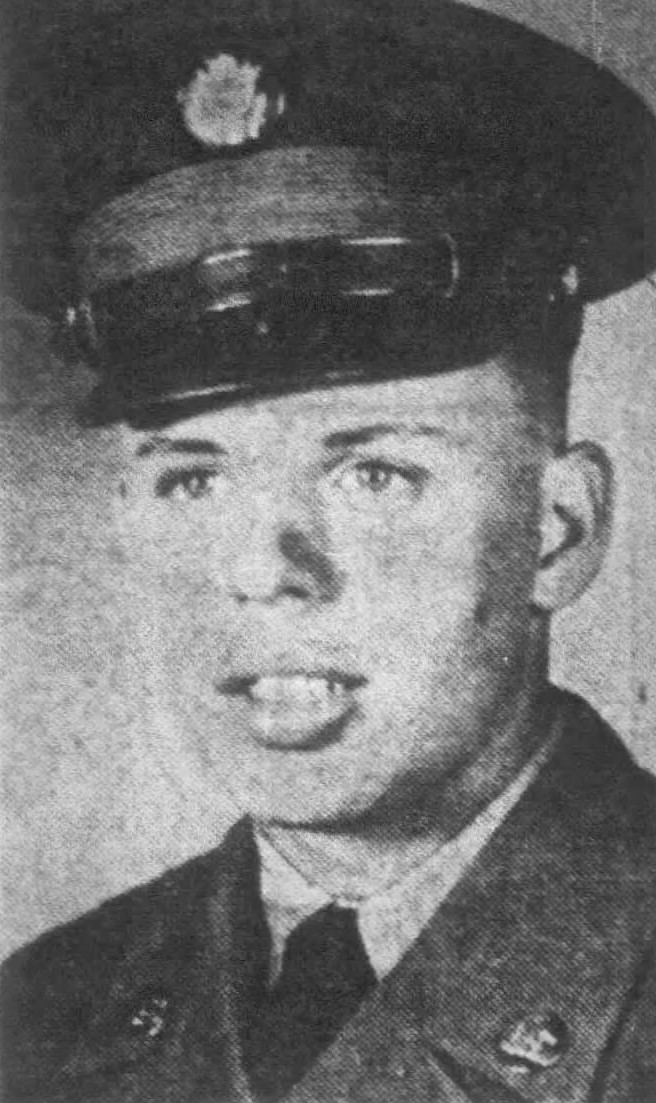 Thomas Vaden Craze was the son of John Craze and Sarah Malinda Slaten.

Corporal Thomas Vaden Craze was a member of Battery A, 15th Field Artillery Battalion, 2nd Infantry Division. He was taken prisoner of war while fighting the enemy near Hoengsong, South Korea, on February 13, 1951, and was killed by a guard on March 31, 1951. His remains were not recovered He is memorialized at Honolulu.

The Chattanooga Times, March 4, 1951
Pfc. Thomas V. Craze, son of Mr. and Mrs. John Craze, Chattanooga, Route 3, has been missing in action in Korea since Feb. 13, his parents have just been notified by the Department of Defense. Pfc. Craze was serving with a field artillery battery when reported missing. He joined the army March 2, 1950, and the telegram notifying his parents he was missing arrived one year, to the day, after he enlisted. 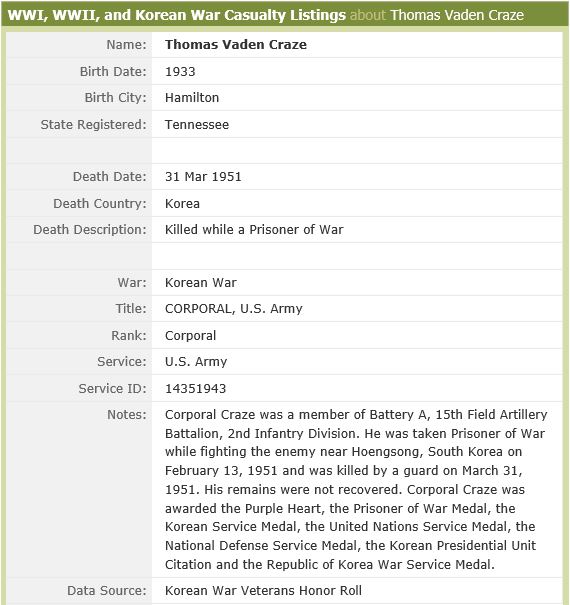 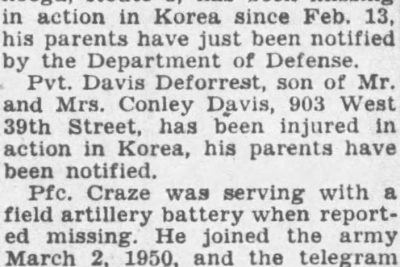