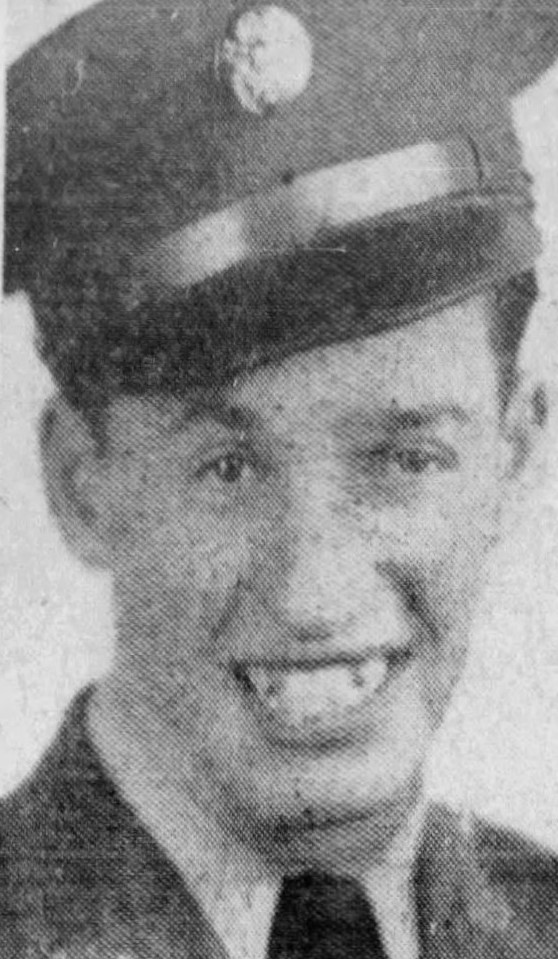 Summary
The Crash Site AC 41-7441 is being nominated to the Arkansas Register of Historic Places with local significance under Criterion A for its significance as the only World War II aviation crash site in central Arkansas and for its association with World War II aviation and home front activities. The site is also being nominated under Criterion D for its potential to yield important information about the B-26A aircraft used during World War II.

On September 2, 1942 at 11:15 pm, a B-26A bomber crashed near Pinnacle Mountain, seven miles northwest of Little Rock, Pulaski County, Arkansas. The six U.S. Army airmen aboard the plane took off at Barksdale, Louisiana on a cross-country routine flight. They were not scheduled to land in Adams Field, the main air field in Little Rock, Arkansas. The exact circumstances of the crash are unknown. However, a student under the direction of a Civilian Instructor at Adams field reported a radio message from an unidentified plane that was circling Adams Field and returning to Barksdale, Louisiana. Witnesses of the crash, claim that the pilot was traveling north along the Arkansas River before turning southwest. The B-26A aircraft crashed in a narrow strip of woods, one-quarter mile long near Pinnacle Mountain. The debris of the crash was scattered fifty yards wide and three hundred and fifty yards long over the site. The crash resulted in fatalities of all the men aboard the plane. The men that died in the crash were pilot Kenneth Reddy, 1st Lt., and co-pilot in the Doolittle Raid in Japan, Charles S . Brachbill 2nd Lt., Phillip Williams, 2nd Lt., Thomas T. Roberts Sgt., Dominic T. Moduno, Col., and Thomas A. Naylon, Pvt.

Participant in Tokyo Raid dies in Bomber crash at Little Rock
Little Rock, Ark., Sept. 4. — One of the fliers who emerged unscathed from the hazardous air raid on Tokyo and other Japanese cities was dead today, the victim of a bomber crash in a lonely wooded area near Little Rock which took the lives of five other airmen.
The flier was First Lieutenant Kenneth E. Reddy, 22, the son of Mr. and Mrs. John W. Reddy of Bowie, Tex., one of nine Tokyo airmen stationed at Barksdale Field, La. A wearer of the Distinguished Flying Cross, REDDY was graduated from North Texas Teachers College at Denton in 1940 and won his wings at Stockton Field, Cal., shortly afterward.
Four other victims of the bomber crash which occurred Wednesday midnight were identified by Army authorities as:
Second Lieutenant Charles E. Brachbill, 21, Williamsport, Pa.
Sergeant Thomas T. Roberts, 22, Knoxville, Tenn.
Second Lieutenant Phillip Williams.
Corporal Domenic T. Moduno, 20, Brooklyn, N.Y.
Private Thomas A. Naylon, 33, Pittsburgh, Pa.
The plane which was based at Barksdale Field and was piloted by Lieutenant Reddy, sheared tree tops for 400 feet before it crashed and burned.
One of the bodies found near the wreckage was wrapped in a parachute, indicating a futile attempt to bail out.
The Daily Courier Connellsville Pennsylvania 1942-09-04 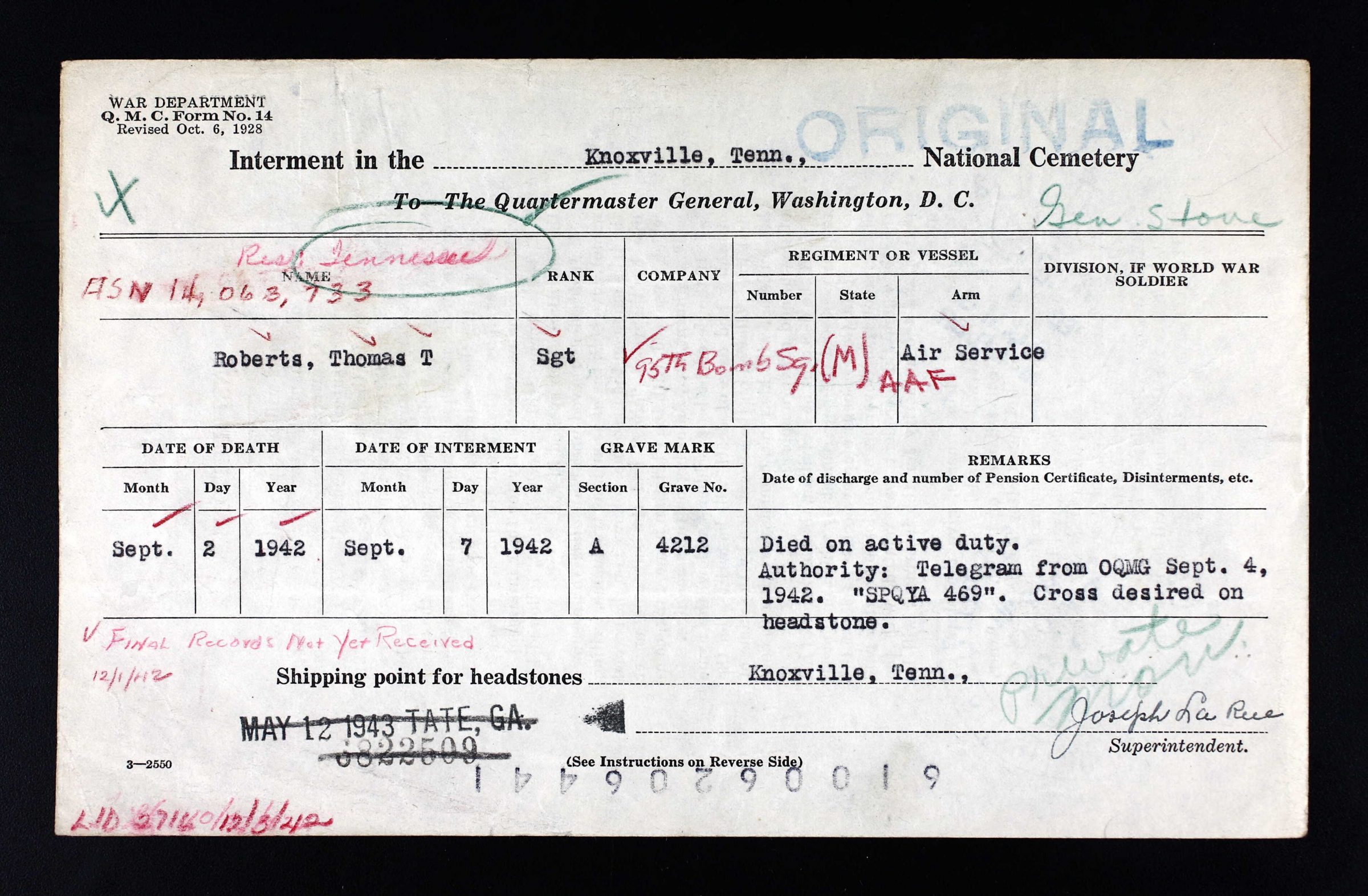 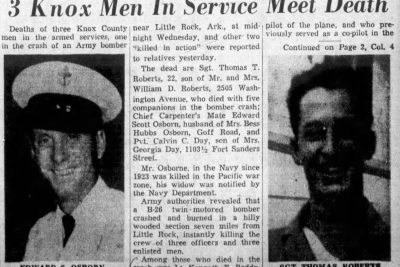 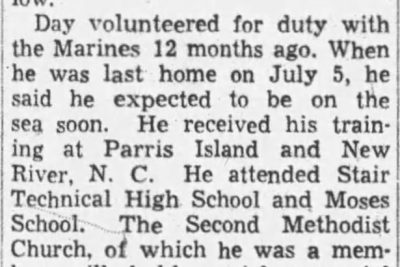 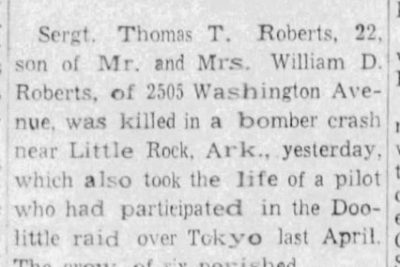