The Knoxville Journal, April 16, 1944
Pvt. Thomas O. Beeler, 19-year-old son of Mr. and Mrs. Adrian Beeler of Washburn, Tenn., has been killed in action on the battle front in Italy, the War Department has officially announced. He died from wounds received March 2. He was in the Seventh U.S. Infantry service, relatives reported. Private Beeler was a TVA employe before he was inducted into the U.S. Army service June 23, 1943, shortly after his nineteenth birthday. He was born in Middlesboro, Ky., and raised in Grainger county, the family having moved to that county when he was a small boy. He attended the elementary school at Washburn and after leaving school was employed as a mechanic for the TVA. Survivors are the parents; one sister, Barbara Ann and three brothers, J.R., Billy, and Don Beeler and one half-sister, Mrs. Hazel Lester of New Tazewell, Tenn. 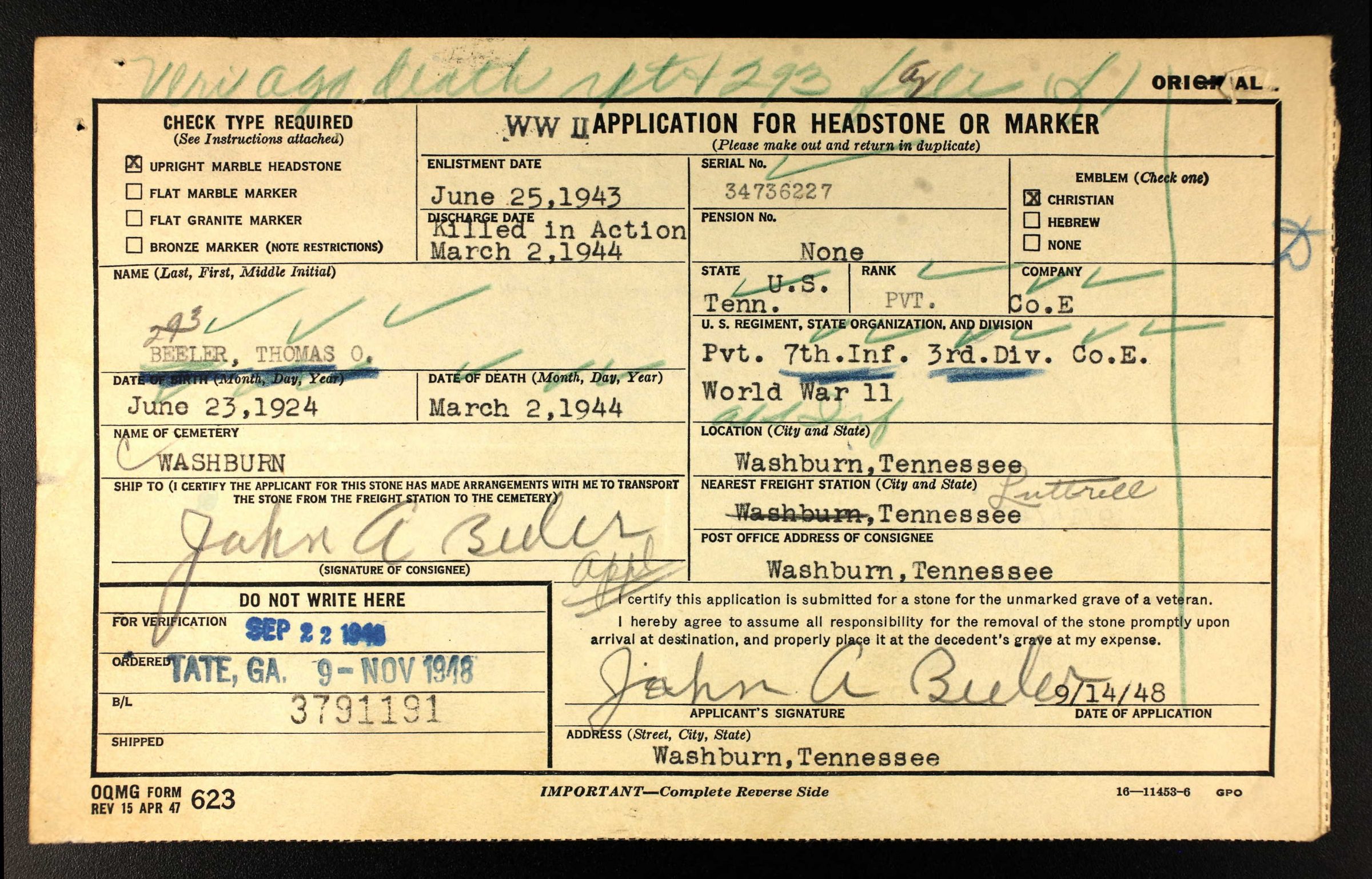 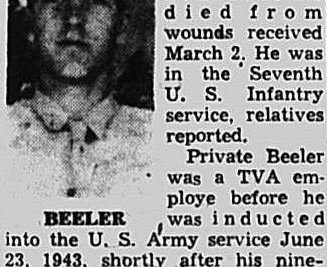