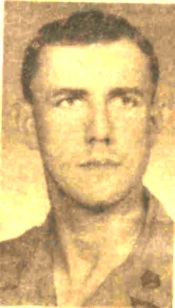 Sergeant First Class Thomas Martin Kennedy was born April 1, 1940, in Knoxville, Tennessee. He was the son of Enoch B. and Hazel Kennedy, Sr., and a member of Hillcrest Baptist Church. Sgt. Kennedy attended Carter High School in Knoxville before entering the United States Navy in 1957. He later received his high school diploma while in the service. He joined the United States Army in 1960 and remained in the Army till his death. He had served in Korea and had begun his second tour in Vietnam February 6, 1971. He was wounded in his first tour in Vietnam, 1968-1969, and received the Army commendation Medal, Oak Leaf Cluster, Bronze Star, and a Purple Heart. He was killed in an ambush in viet on March 19, 1971, while serving with the 196th Light Infantry Brigade. He was survived by parents, two sons, one daughter, two sisters, and two brothers. Sgt. Kennedy was buried with full military honors on March 26, 1971, at Asbury Cemetery.