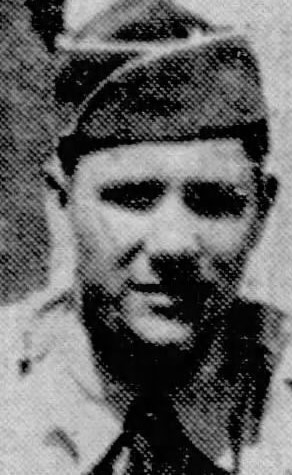 Private First Class Thomas Lamar Sisson was a member of the 99th Field Artillery Battalion, 1st Cavalry Division. He was Killed in Action while fighting the enemy in South Korea.

His parents were Jess L. Sisson and Vesta M. Jenkins

The Knoxville News-Sentinel, August 18, 1950
Pfc. Thomas L. Sisson, 19, was killed in action in Korea on Aug. 2, his parents Mr. and Mrs. Jess Sisson of Etowah, have been notified. Pfc. Sisson was in the 99th Field Artillery. He volunteered for service in January 1949. Before going to Japan, he was at Camp Bending. His parents received a letter from him written after he landed in Korea. He leaves his parents; two brothers, Troy of Troop A, 278th Infantry, Tennessee National Guard, which will be inducted into the Army about Sept. 1, and Richard; three sisters, Misses Elsie, Creeda, and Glenda Sisson, all of Etowah. 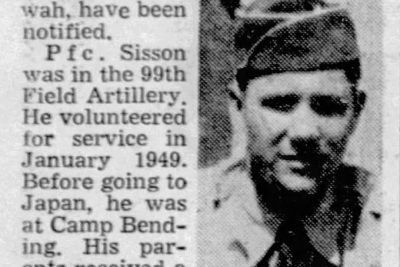