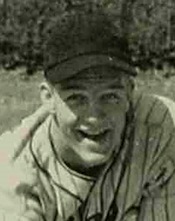 Buried at St. Avold, France but also has a Headstone at the Oak Hill Cemetery at Kingsport, Tennessee. Son of Robert L. and Mary Peters of Yadkin street. He had a twin brother George, also a student and atlete at Davidson College.

Kingsport News 19 December 1945.
The Silver Star, the nation’s third highest military award, has been granted posthumously to Lt Thomas L. (Tommy) Peters, son of Mr. and Mrs. R.L. Peters, 1236 Watauga Street, it was announced Friday. The award was for gallantry in action January 3, 1945, when the young Kingsport officer was serving with the 253rd Infantry Regiment in the vicinity of Gros Rederching, France. Young Peters, 22, a football star at Dobyns-Bennett High School and one of the greatest all-around athletes, was killed three months following this action, while with the Seventh Army in Germany.

The citation accompanying the Silver Star award reads in part as follows: ‘When the battalion was attacked by the equivalent of an enemy regiment supported by 12 tanks, the company on the left of Lieutenant Peters’ platoon withdrew to alternate positions. Because communications were out, Lieutenant Peters did not know of the withdrawal, and his position was attached from three directions. When his company commander gave the order for the company to withdraw, he stayed in position, covering his platoon. He delayed the enemy in their attack by his continuous small arms fire and innumerable grenades, accounting for 50 enemy casualties. When the enemy were but 15 yards from his, he withdrew to his platoon under intense small arms fire. The intrepidity of Lieutenant Peters’ action reflects the highest credit upon himself and is in keeping with the finest traditions of the Armed Forces of the United States’.

Lieutenant Peters had an outstanding high school and college record in football, baseball, basketball and track events. Following his college years, he received his commission as a Second Lieutenant in the Army Infantry at Fort Benning, Ga., in 1944 and went overseas the latter part of the year. As the time of his death he had been advanced to the rank of First Lieutenant.

The Kingsport Times, 6 February 1944
Tommy Peters, Kingsport’s Greatest Court Legend, Still making history. Davidson – Word was received at Davidson College that Tommy Peters, former Wildcat cage star and second highest scorer in the Southern Conference last year, is still playing the bang-up ball game that gave him an average of 22 points per game. This time, however, he is wearing a different colored uniform. He like many others, has traded the Davidson Red and Black for the more conservative Army khaki. Tom, along with other ROTC students from Davidson, Presbyterian College and Wofford, is stationed at Mississippi State College awaiting vacancies in the Infantry, O.C.S. at Fort Benning. Leroy Sprankle, the mentor under whose influence the meteoric star of Tommy Peters rose into the sports’ word firmament, said that ‘Tommy was undoubtedly one of the greatest basketball players we had. He was great guns in baseball too, playing centerfield. He was handicapped in football only because of a leg injury in his freshman of Sophomore year which put him behind the other boys in this particular sport’. Coach Sprankle added ‘I believe he finished here in 1941’. Tommy Peters was awarded a cup for the most popular player at the tourney held at Davidson. He is also holder of the record all time high points scored – an enviable 435. 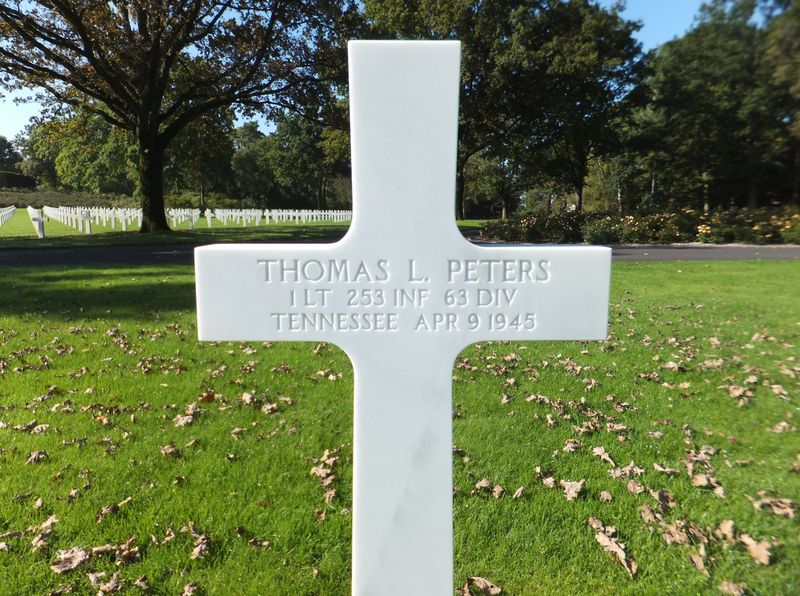 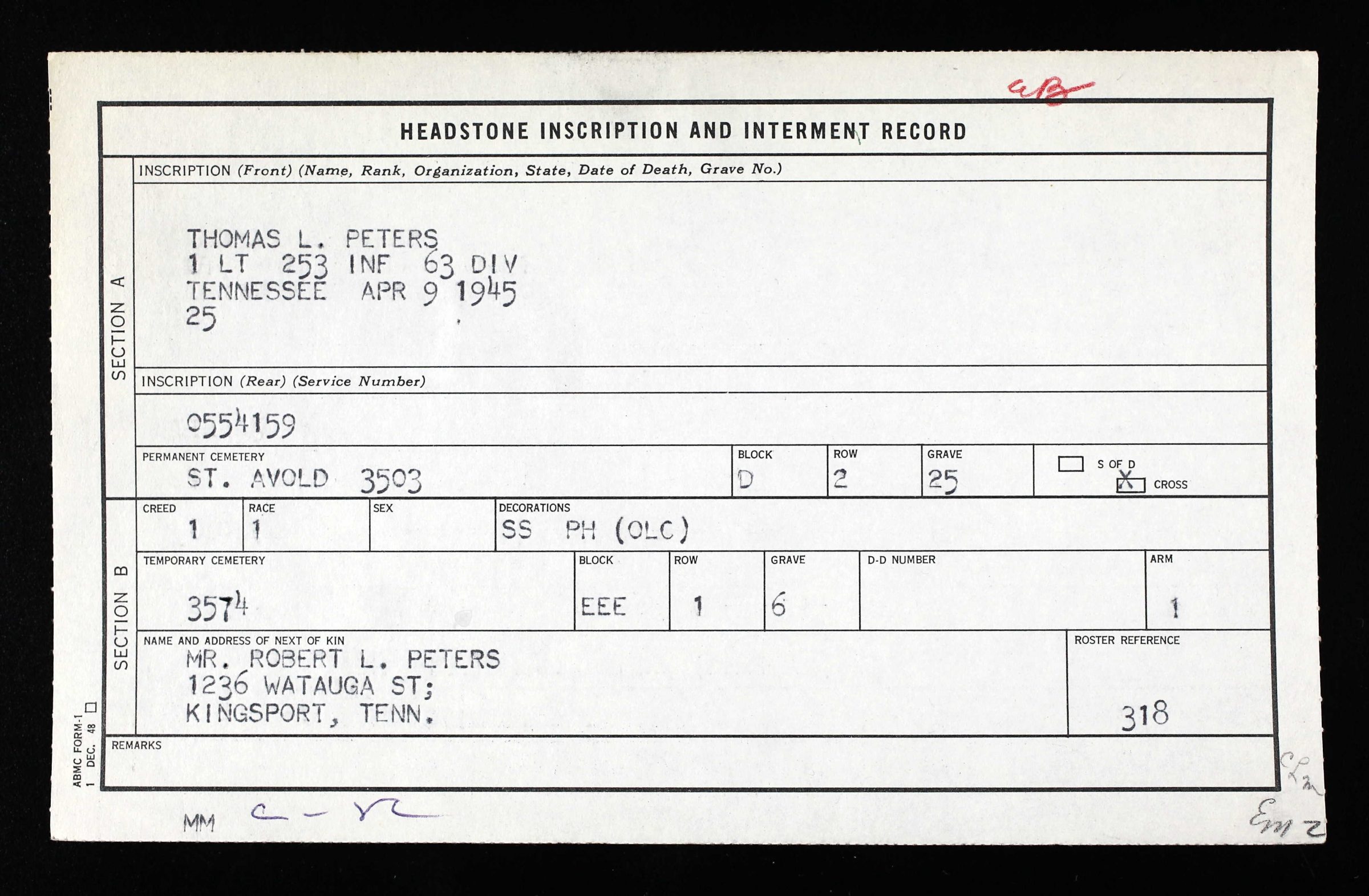 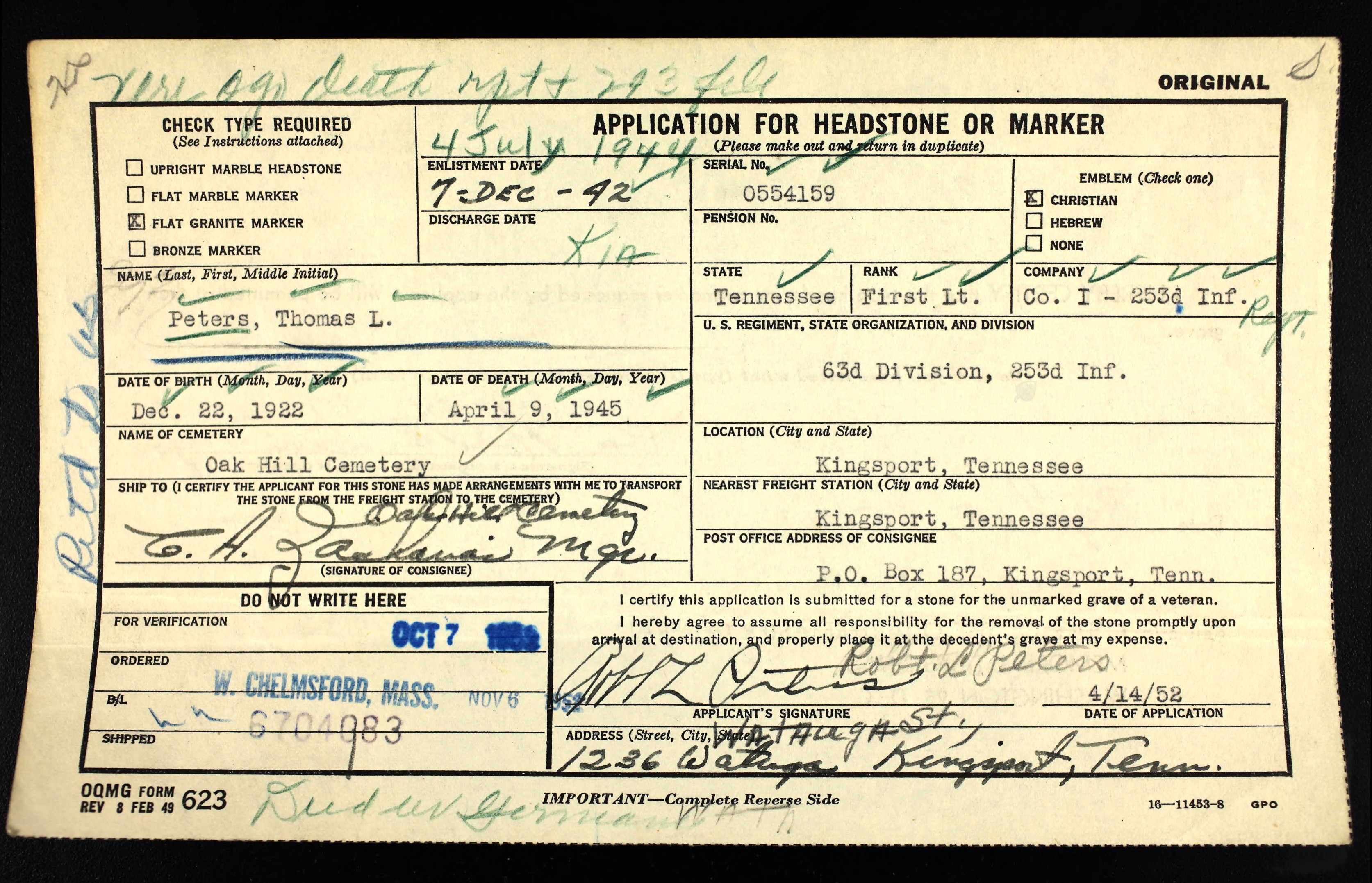 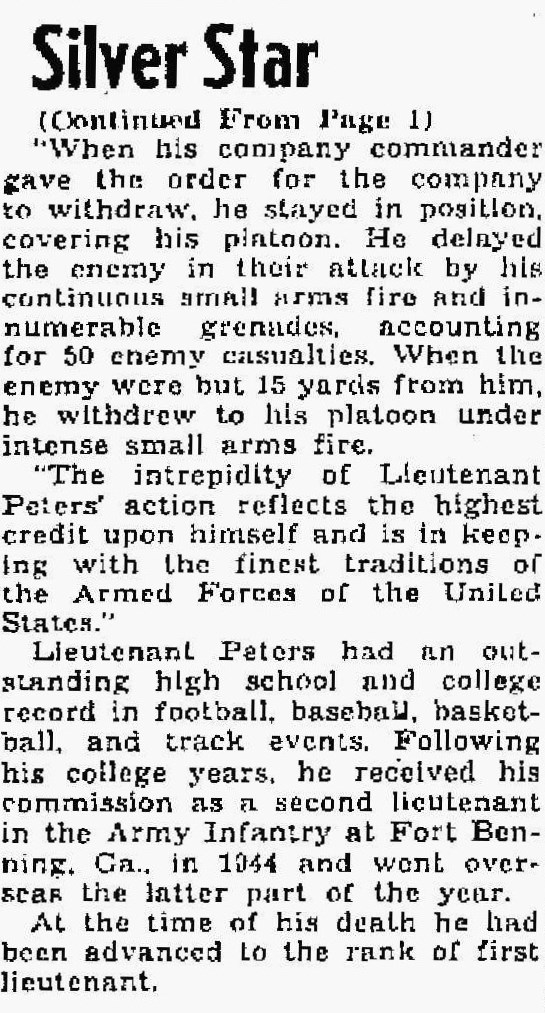 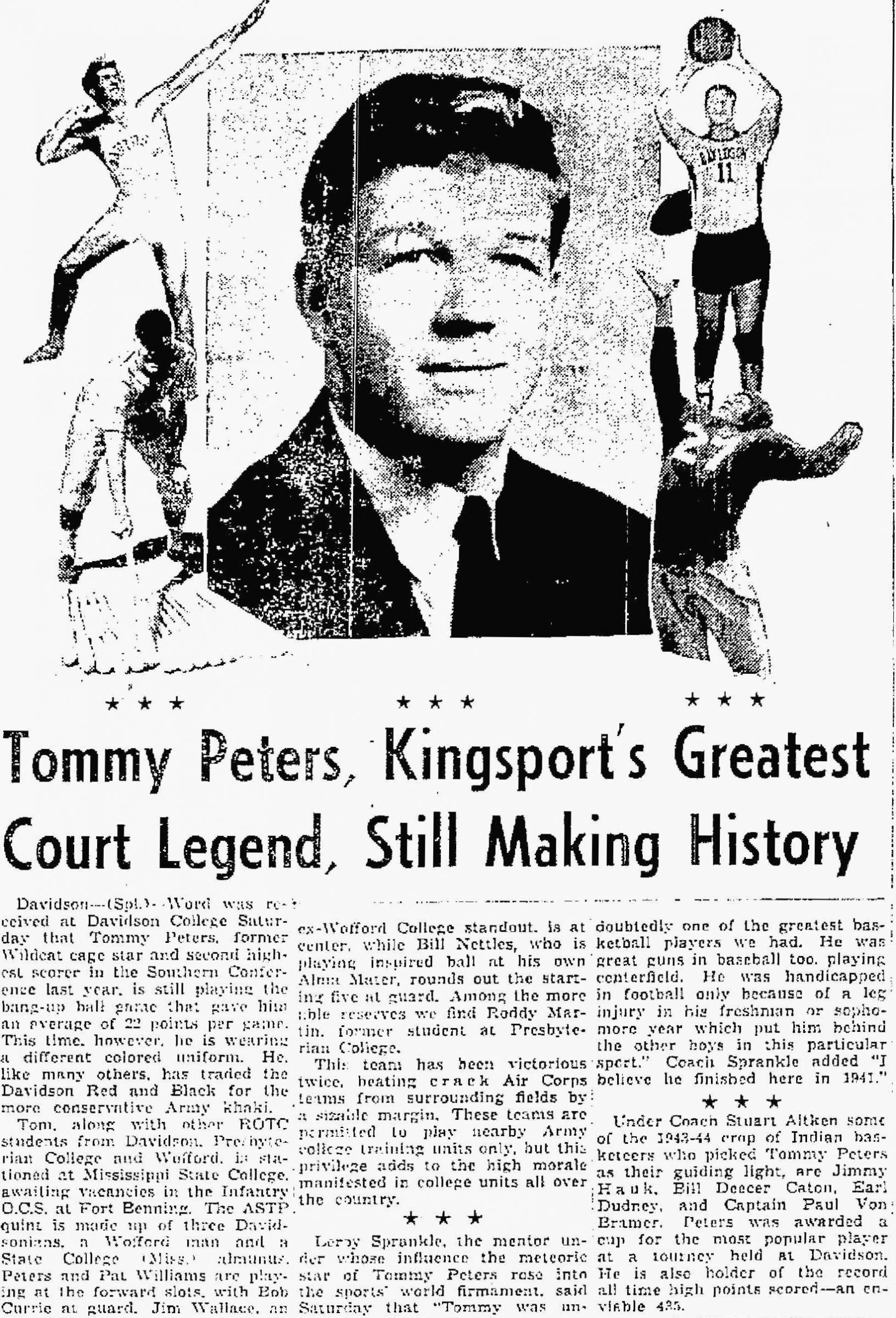 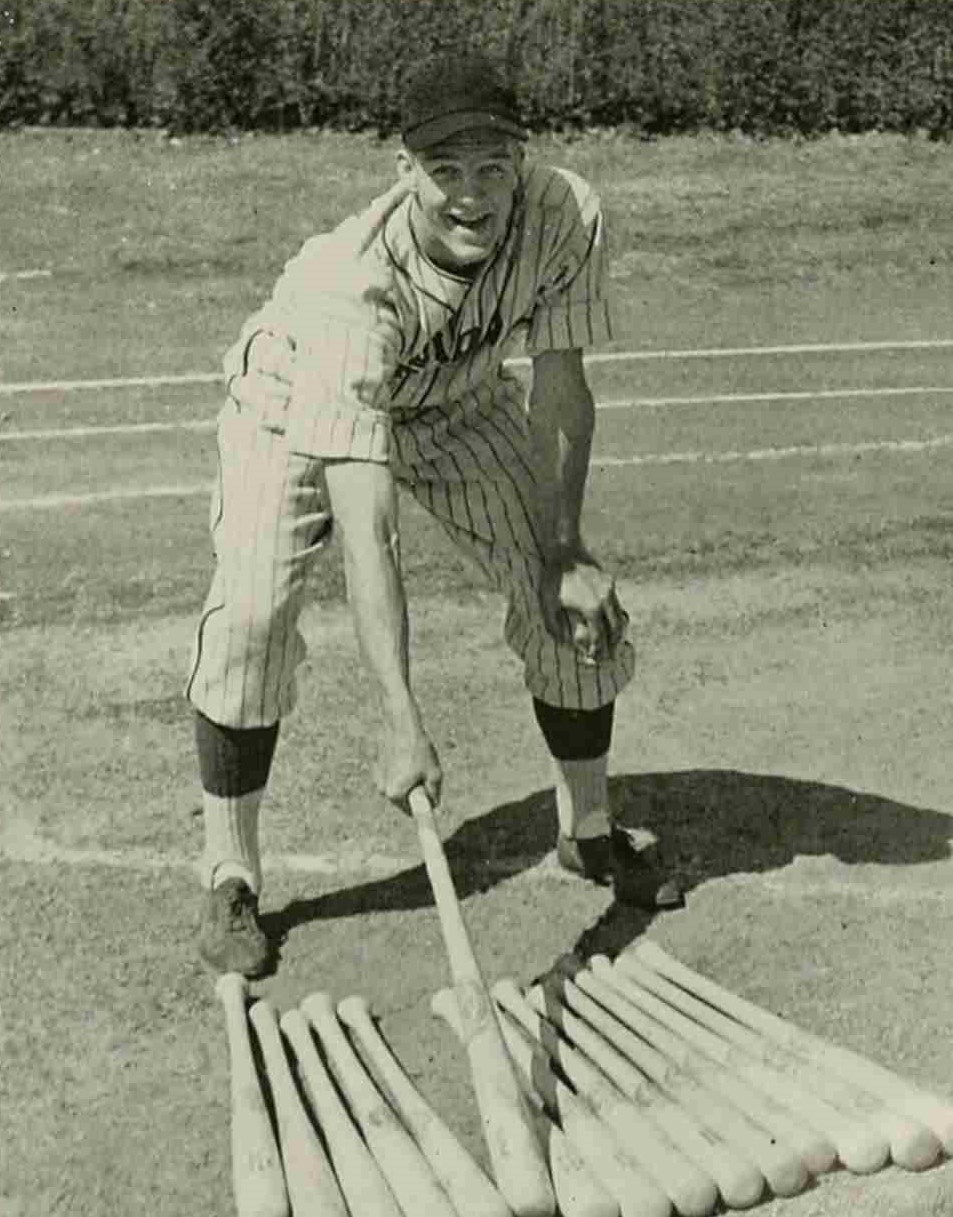 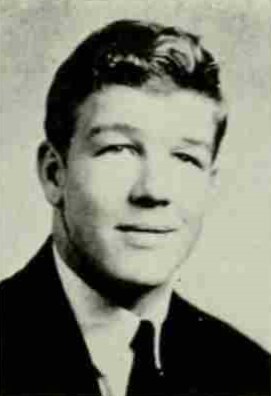 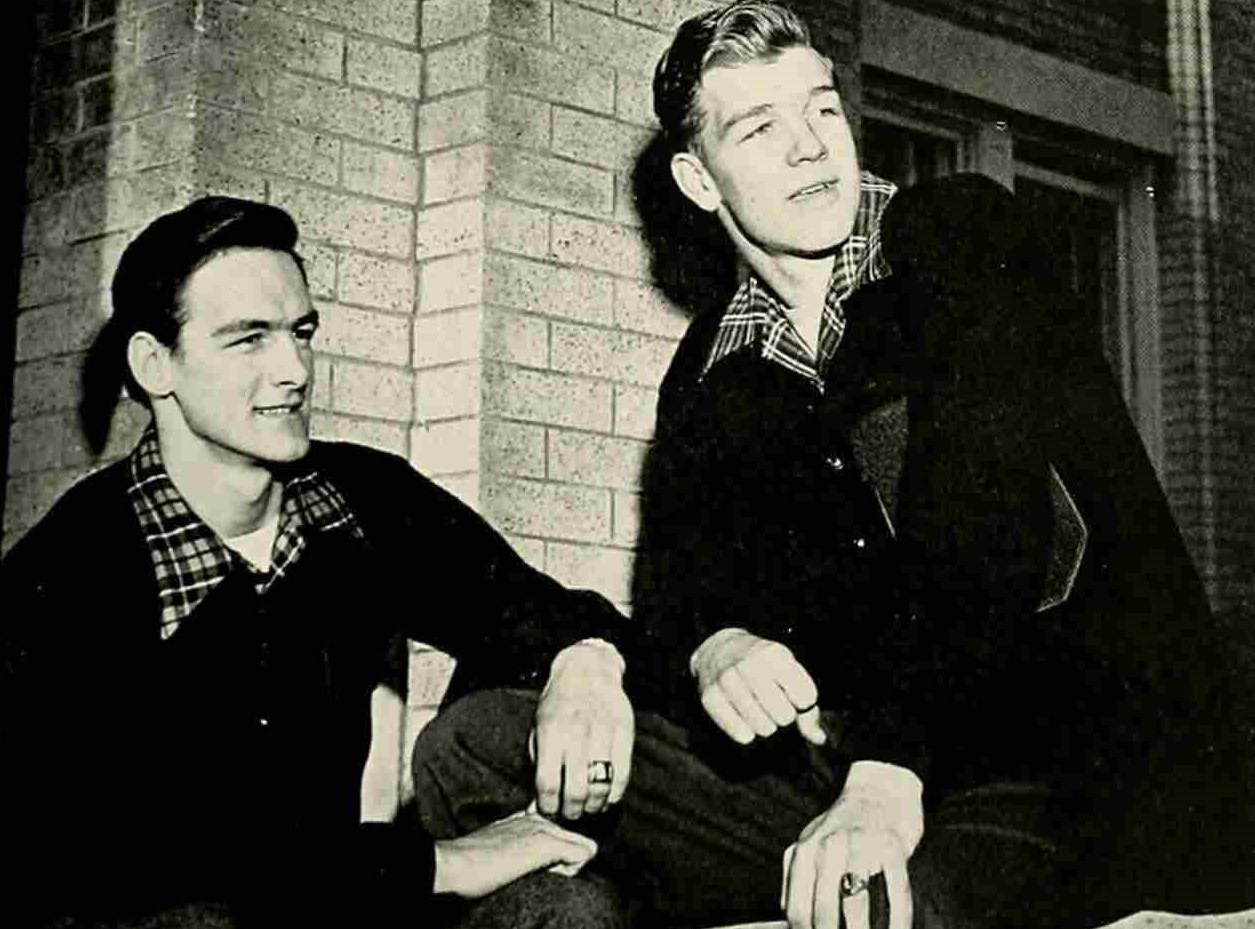