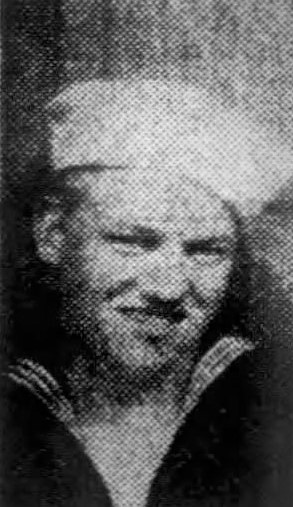 Seaman Second Class Thomas J. Stiles was assigned to the USS Yukon, an underway replenishment store ship. Prior to the war, he was a Dairy truck driver. The following is an account of the USS Yukon on September 22, 1944, as it was attacked by a German U-979 Johannes Meermeier, in the North Atlantic. This account is taken from uboat.net:

At 18.54 hours on 22 Sep, 1944, USS Yukon AF 9 Cmdr McMullan, escorted by USS Babbitt DD 128, was hit on the starboard side in the bow by one of two torpedoes from U-979 about four miles from Skagi Lighthouse, Reykjavik, Iceland. At 19.04 hours, the U-boat fired a Gnat as coup de grace, but it missed. One crew member was lost, another died of wounds and 13 others were wounded. Assisted by two tugs, the ship arrived at Reykjavik after five hours and was unloaded to examine the damage. The explosion had opened a 60 foot hole from the stem aft, blew out the #1 double-bottom tanks and caused two cracks amidships.

After the war, Seaman Second Class Stiles was returned to the United States. Funeral services were held Sunday, November 23, 1947, at Asbury Methodist Church. He was buried following the service at Asbury Cemetery in Knoxville. His grave marker at Asbury cemetery states “He Died That Others Might Live.” 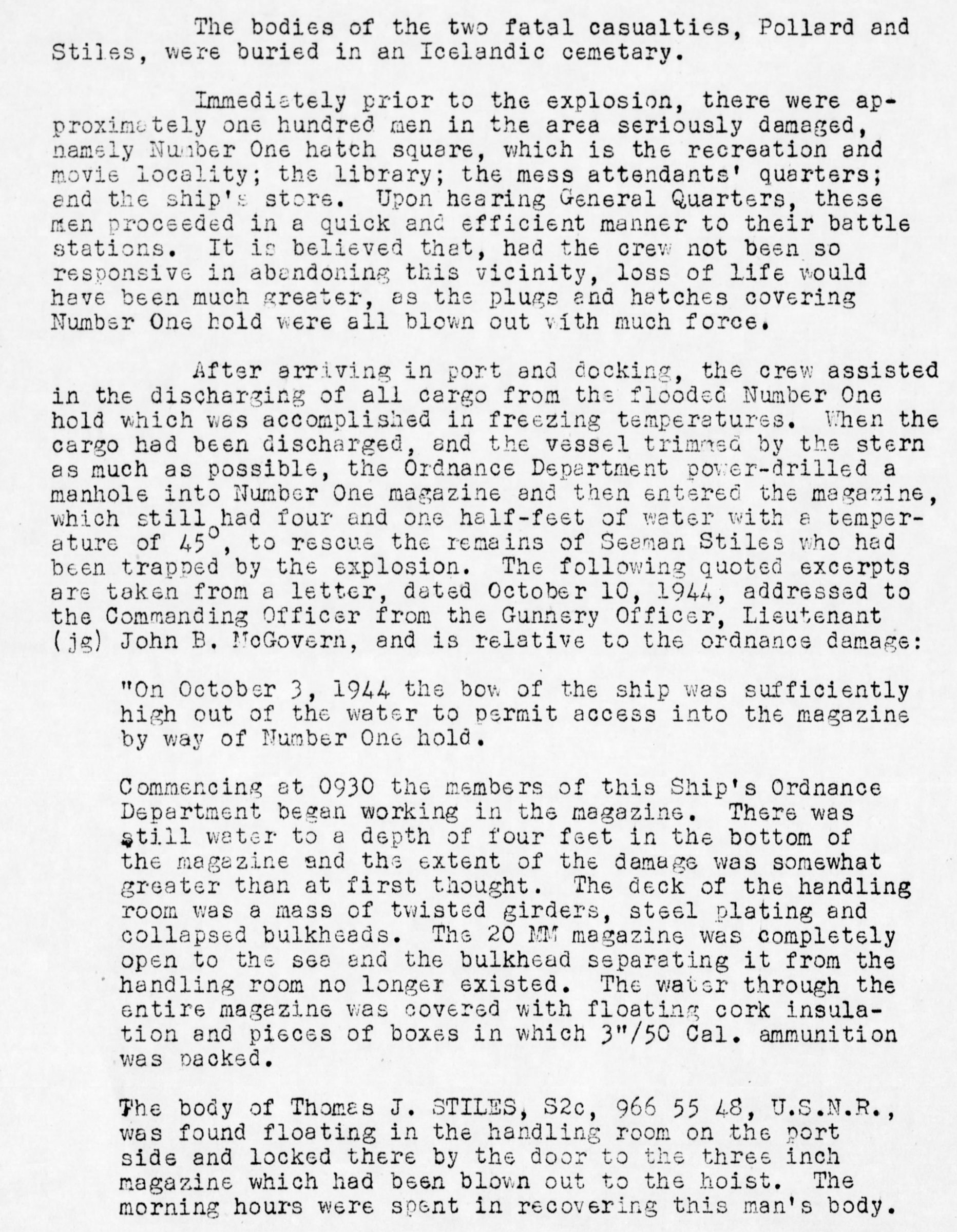 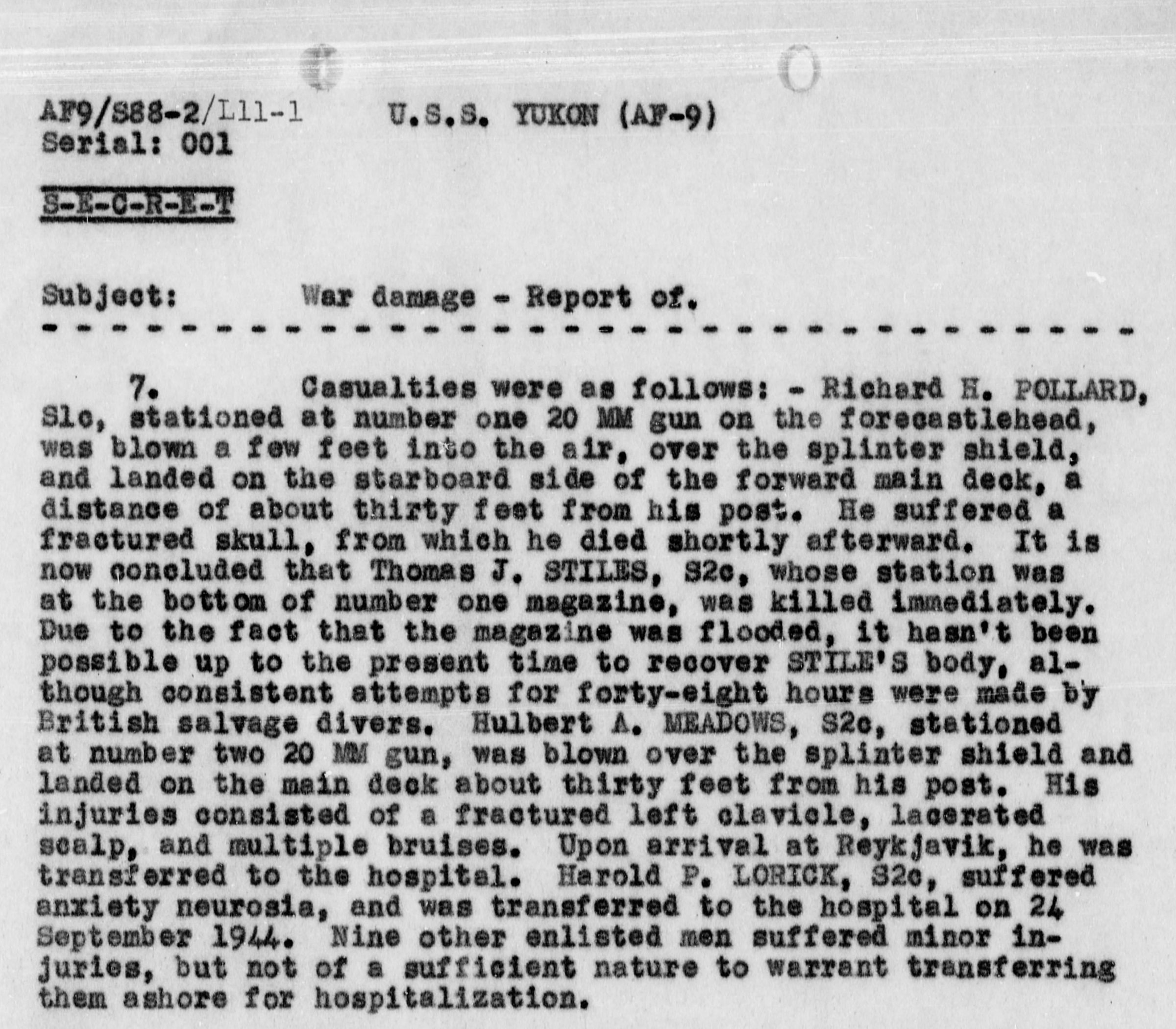 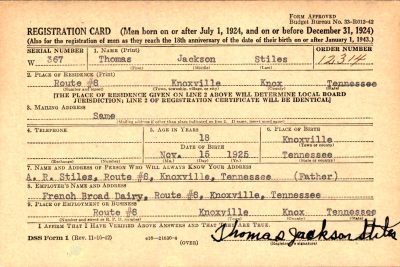 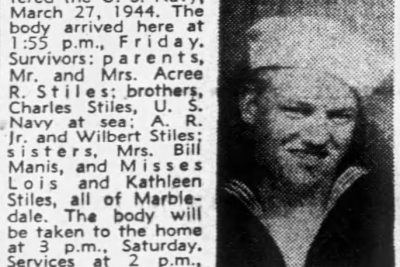