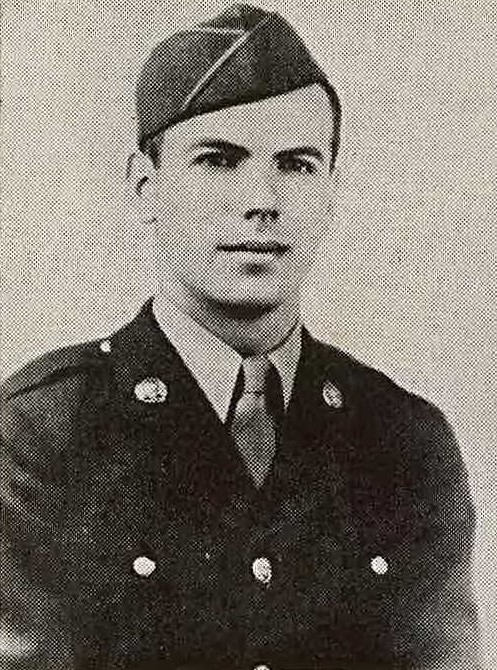 The Chattanooga Daily Times, 8 December 1948
The body of Sgt. Thomas J. Ryan Jr., 23, son of Mr. and Mrs. Thomas J. Ryan Sr., 1111 Albany Street, and University of Chattanooga Student, who died April 11, 1945, from wounds received in action three days earlier at Westerburg, Germany, will arrive here at noon tomorrow for reburial. Assigned to Company F, 289th Infantry of the 75th Division, Sgt. Ryan was in the Ninth Army drive across the Rhine River. He was wounded while clearing the enemy from the Ruhr. He received the Bronze Star on Feb. 25, 1945, for gallantry in action and held the Good Conduct Medal. A graduate of Notre Dame High School in the class of 1940, he was a junior at UC and a member of Delta Chi Fraternity when he entered army duty in March,  1943. He had joined the reserves in the fall of 1942. He was buried in the United States Military Cemetery at Margraten, Holland.
Sgt. Ryan is survived by his parents, a sister, Miss Mary Dana Ryan, and a brother, Raymond Ryan, all of Chattanooga. 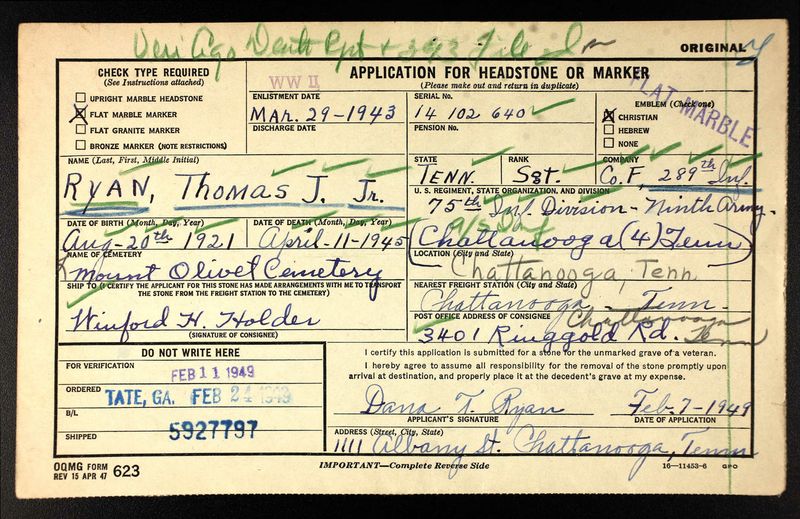 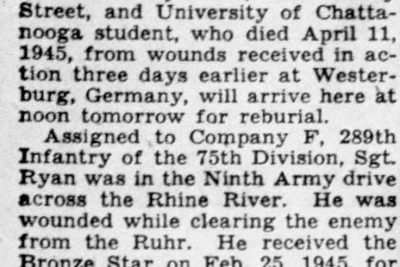 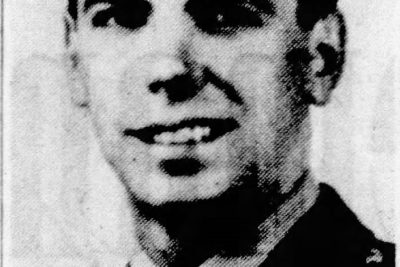