2nd Lt Harris was killed in action and was initially buried at Rookwood Cemetery in Australia. He was a crewman on a B-24 Liberator

Interment Date: 24 January 1949
Buried in the National Memorial Cemetery of the Pacific, A, 402

The Knoxville Journal, Mrch 26, 1943
Word has been received by Albert E. McHarris, Route 9, that his son, Thomas J. McHarris was killed in action somewhere in the Southwest Pacific. McHarris last heard from his son, who was in a bomber squadron, on Feb. 14. Young McHarris was the first member of the ABC Bible Class to be killed in action. He will be honored at the Sunday morning meeting of the class at the Strand Theatre. 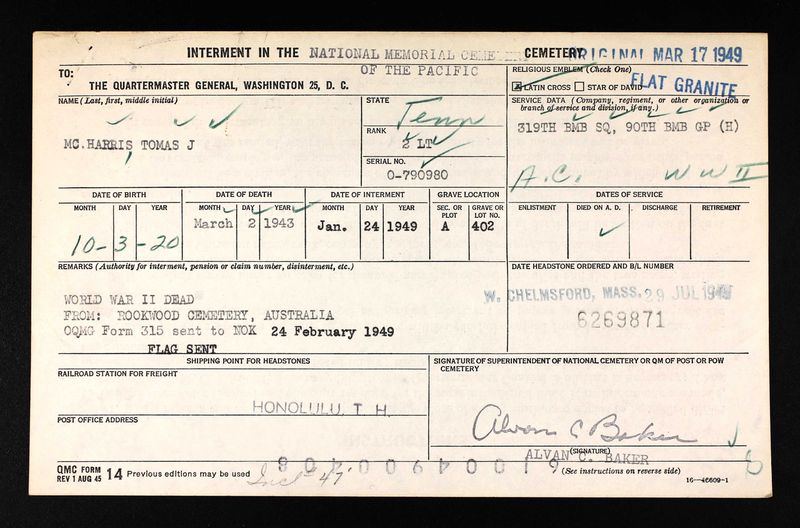 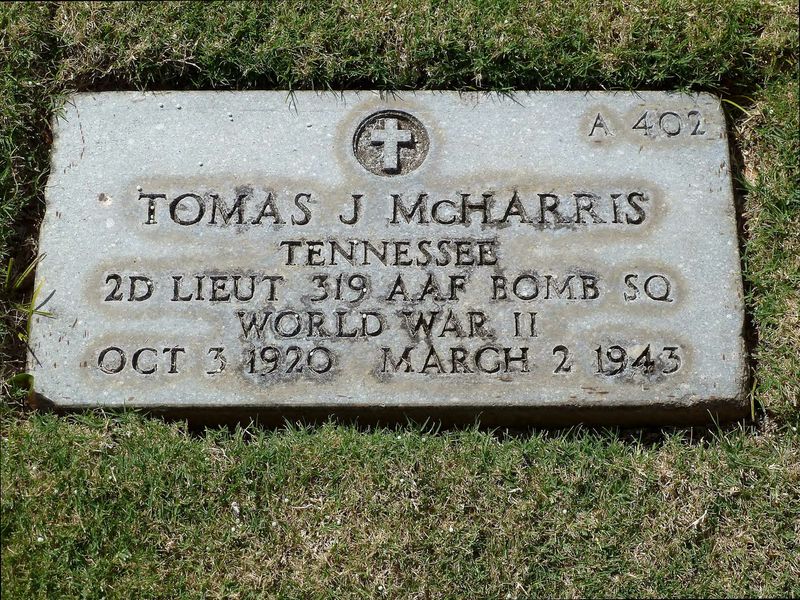