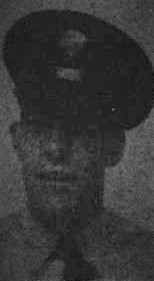 Aircraft B-17F with serial number 42-29559 was on a bombardment mission to Schweinfurt, Germany. This A/C was one of low element. E/A must have wiped out the entire element on the first attack. The aircraft crashed near Langdorp, 13 km West of Diest, Belgium.

The Knoxville Journal, October 10, 1943
Staff Sgt. Thomas J. Hunt, who was previously reported missing in action, was killed Aug. 17 in the European area, relatives here have been notified. Sergeant Hunt has been in the Air Corps three years, most of which time he has spent overseas. Surviving are a son; his aunt, Mrs. Mary Collins, and sister, Miss Imogene Collins, 924 Cammon Avenue, where he made his home; two brothers, Charles and Herman, and sister, Mrs. Gladys Jones, all of Knoxville. 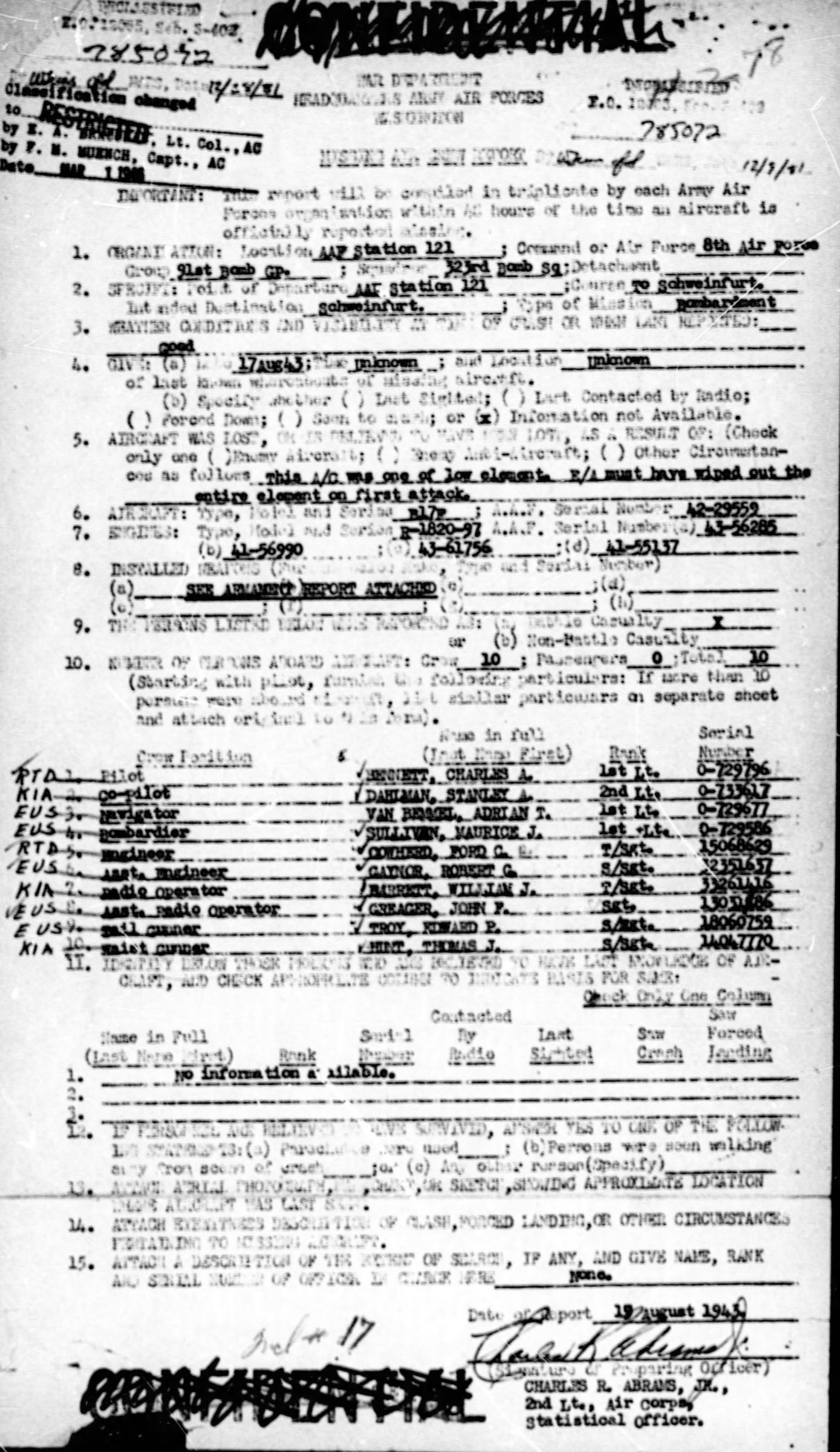 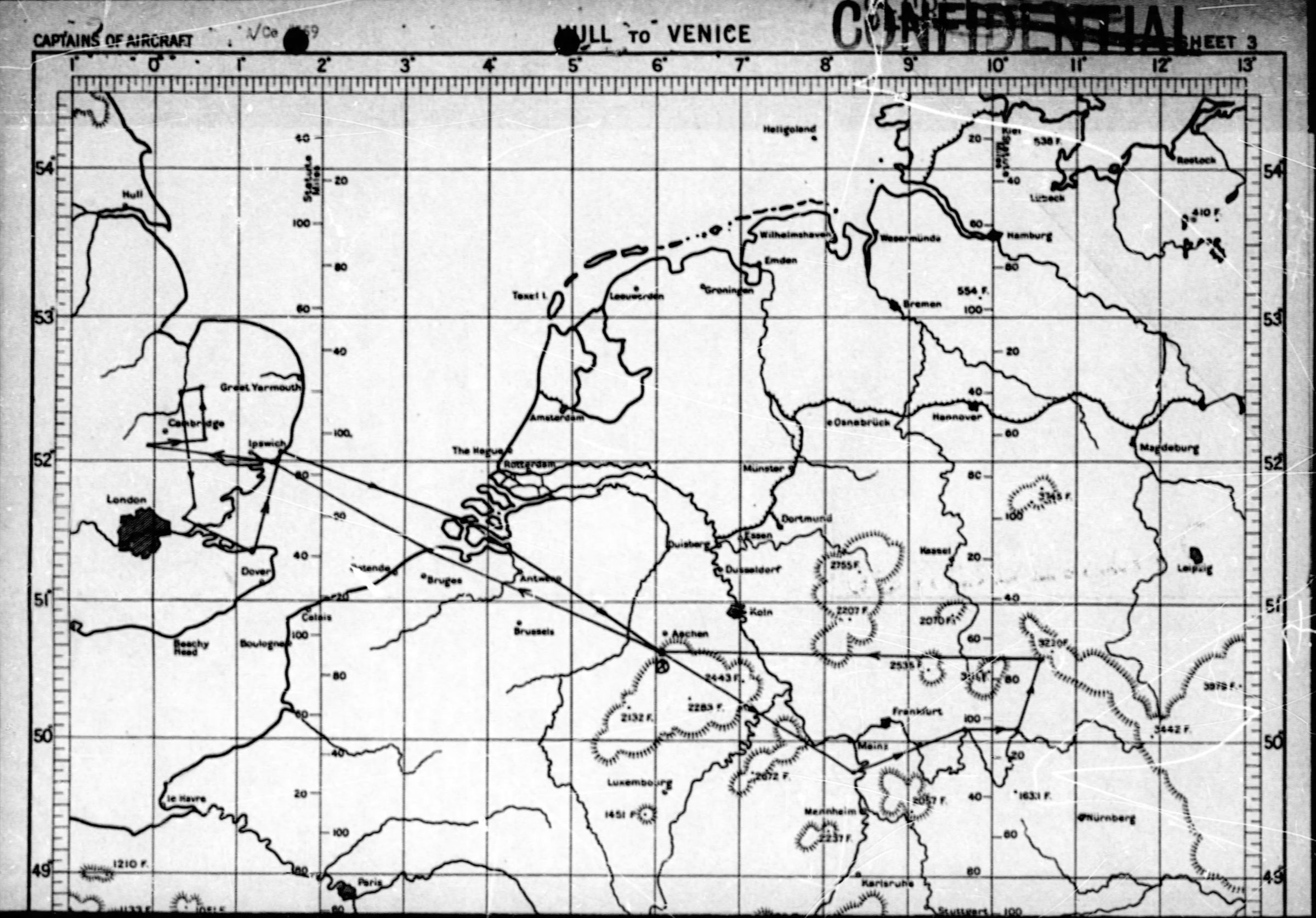 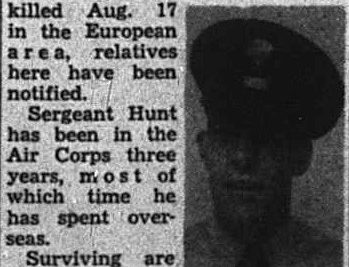