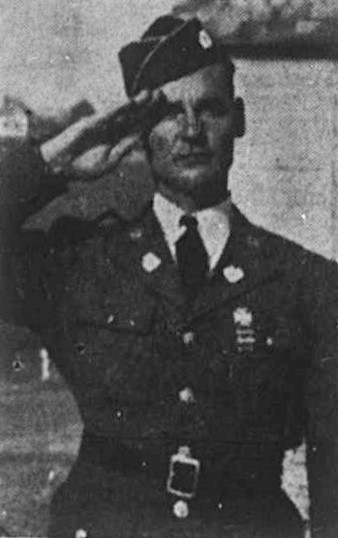 Rogersville Review, July 13, 1944
T.Sgt. Thomas J. Hill was killed in Italy on June 3, 1944, Mr. and Mrs. T.L. Anderson, his uncle and aunt, have been notified by the War Department. Sgt. Hill was from Surgoinsville, and was one of the first to volunteer for service from that community. He entered the Army October 4, 1940. Sof ar as known he is the first casualty from Surgoinsville. He was 31 years of age and hade made his home with his foster parents since birth. He was in the infantry and was with General Mark Clark’s Fifth Army. He has a brother, Glenn Hill, who has been serving in the navy since 1920. Sgt. Hill went overseas in October, 1943.

The Kingsport News, 5 August 1948
The body of Sergeant Thomas J. Hill, 35, who was killed near Rome, Italy, arrived in Bulls Gap. Sgt Hill entered the service October 3, 1942 and was assigned to Company L of the 351st Infantry of the 88th Division.
The body will remain at the Colboch-Price Funeral Home in Rogersville until Saturday when it will be removed to the home of an aunt, Mrs. T.E. Anderson, of Surgoinsville. Burial will be in the family cemetery. 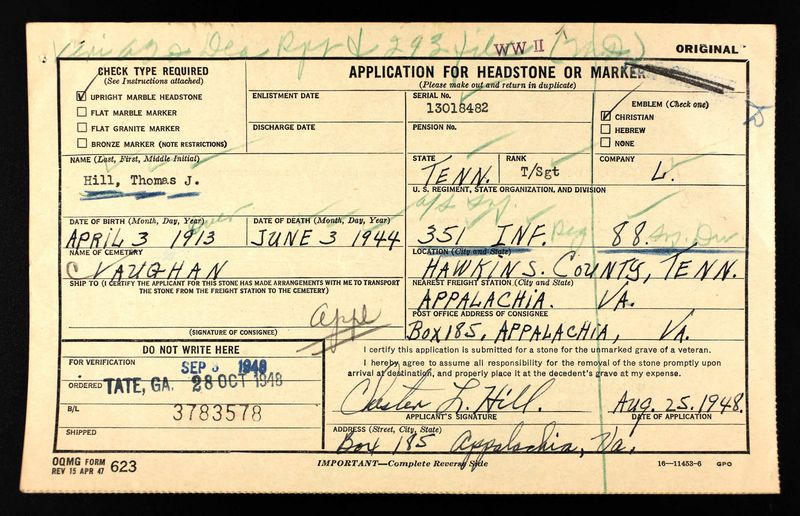 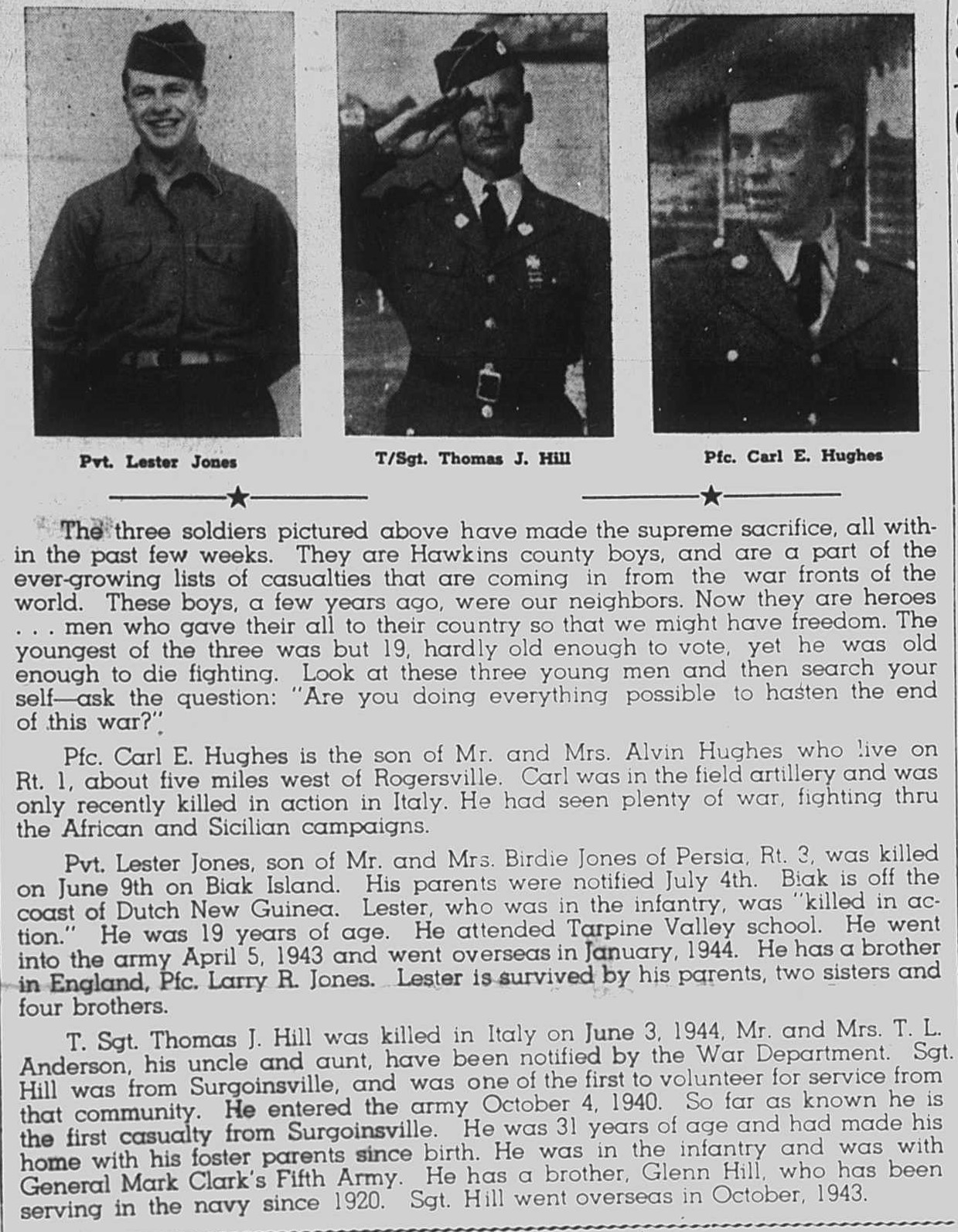 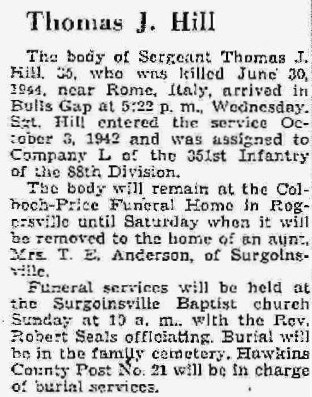