Aircraft B-24H with serial number 42-52186 was on an operational mission to Florennes, Suzeine AF. The aircraft was hit by an enemy aircraft, was seen to go into a vertical dive and disintegrated before it hit the ground. The aircraft crashed 3 km north of Arendonck and 7 km east of Turnhout, Belgium. Sgt Morgan and 4 other crewmembers were found dead on the place of the crash and were buried at the Cemetery of Antwerpen-Deurne on May 12, 1944. 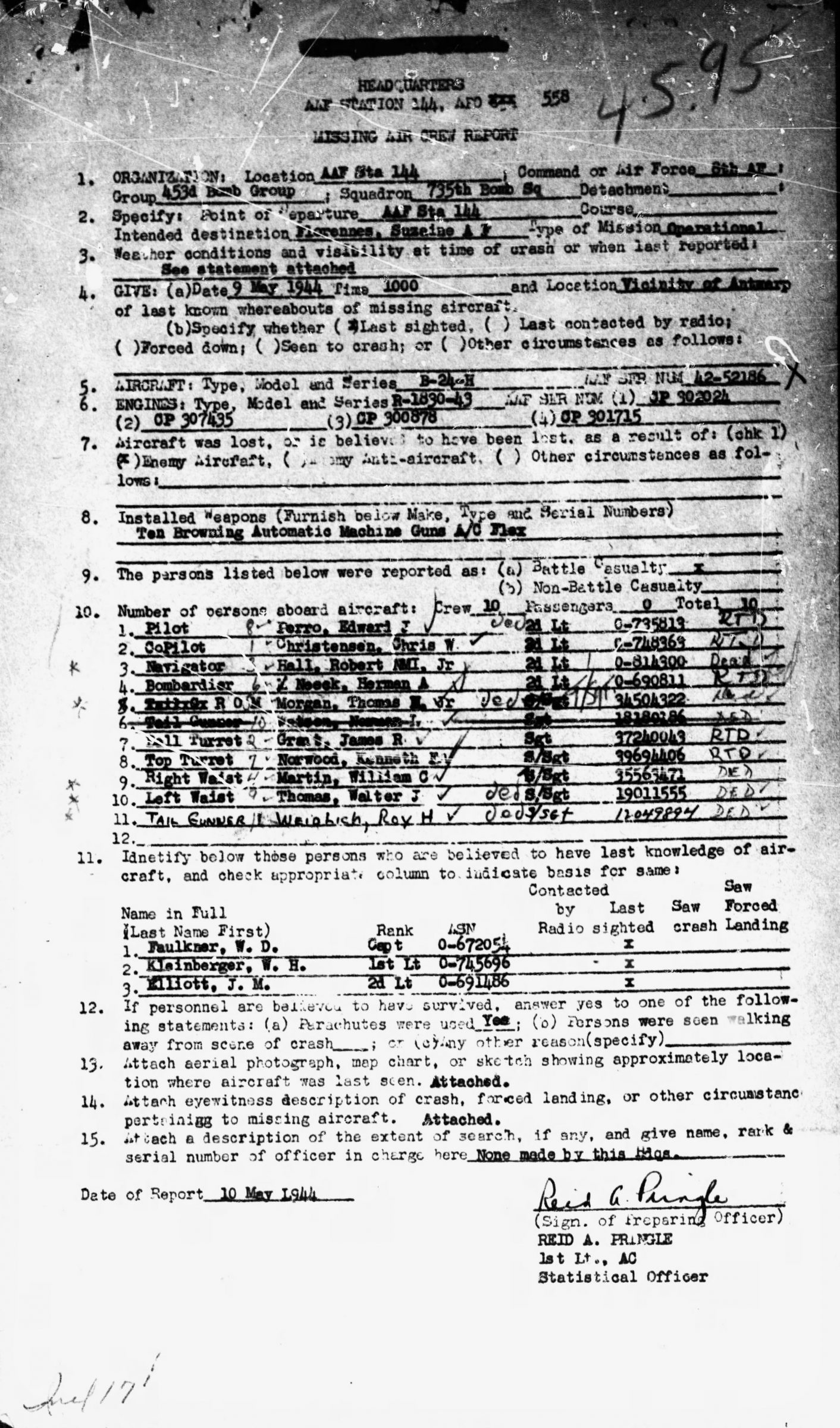 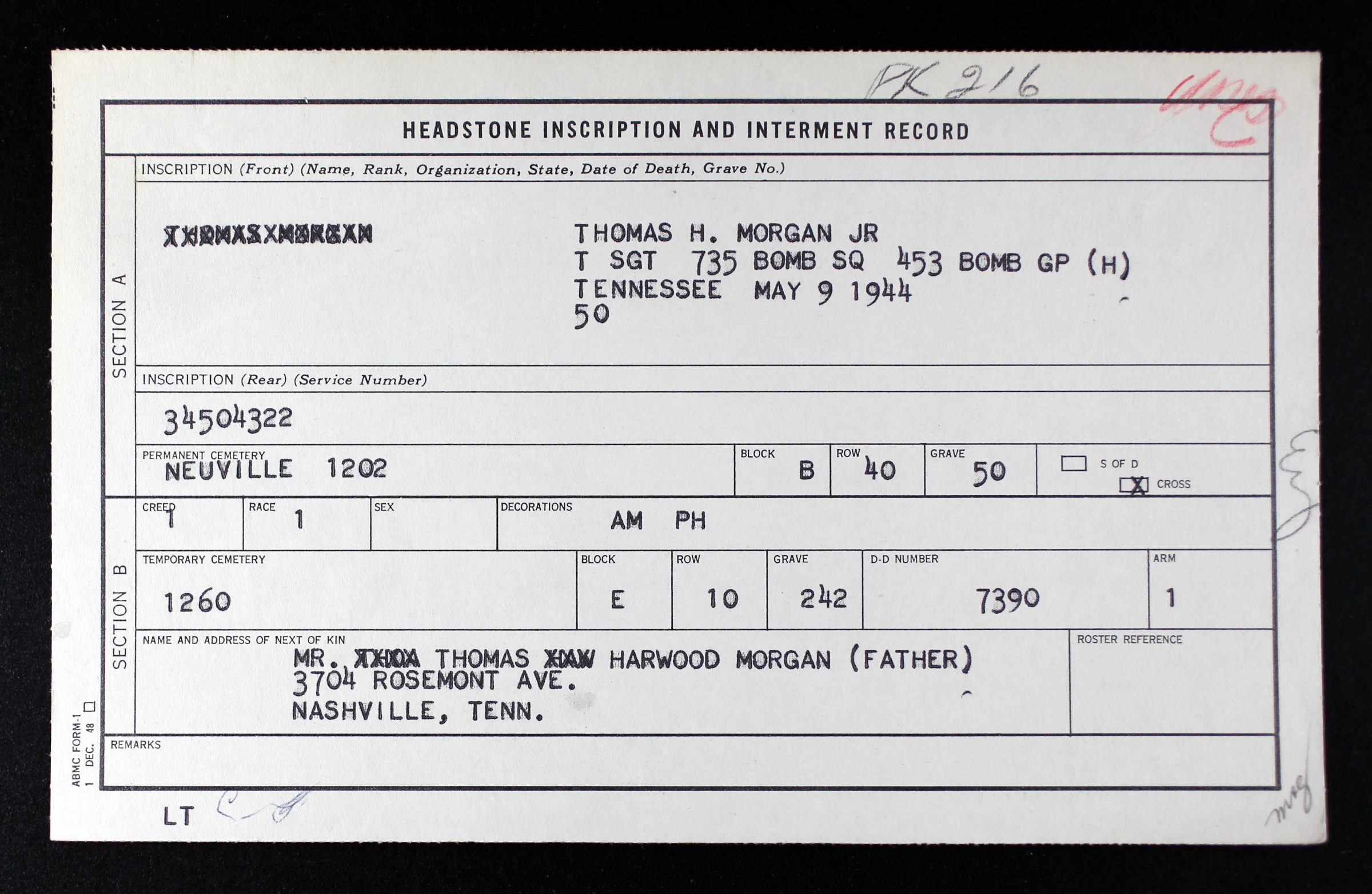