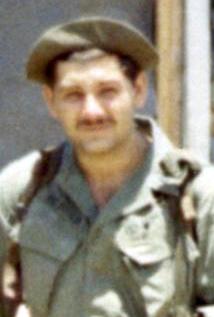 Staff Sergeant Thomas Hubert Messer was born on July 23, 1949, and was originally from Springfield, Virginia. He served his country in the Vietnam War in the United States Army, as an infantryman in Aero. Rifle Platoon, D Troop, 1st Squadron, 10th Cavalry, 4th Infantry Division. His tour in Vietnam began on September 16, 1969. Nearly one year later, on August 28, 1970, SSgt. Messer was killed in a helicopter crash in Binh Dinh province, South Vietnam; he was 21 years old at the time of his death. SSgt. Messer is buried at Union Cemetery in Newport, Tennessee, and is memorialized on the Vietnam Veterans Memorial on Panel 7W, Line 19.