Thomas G. Cagle was born in Lenoir City, Tennessee. He was killed in action at the age of 24.

The President of the United States of America, authorized by Act of Congress, July 9, 1918, takes pride in presenting the Distinguished Service Cross Posthumously to Private First Class Thomas G. Cagle ASN 1309440, United States Army, for extraordinary heroism in action while serving with Company L, 117th Infantry Regiment, 30th Division, A.E.F., near Ponchaux, France, 7 October 1918. When part of the line had been halted by heavy fire from three machine-gun nests, Private Cagle and Corporal George W. Spears, armed only with rifles and bayonets, rushed the nearest hostile position, and, of the crew of six, killed three and put the remainder to flight. Being unable to advance on two other guns because of their heavy fire, these two soldiers then opened fire with their rifles and forced the remainder of the crew of approximately 12 to abandon the position, after two of their number had been killed and two wounded. Private Cagle was wounded in this action, but he declined to be evacuated, and shortly afterwards was killed.
Service Army
Rank Private First Class
War Department, General Orders No. 14 1925 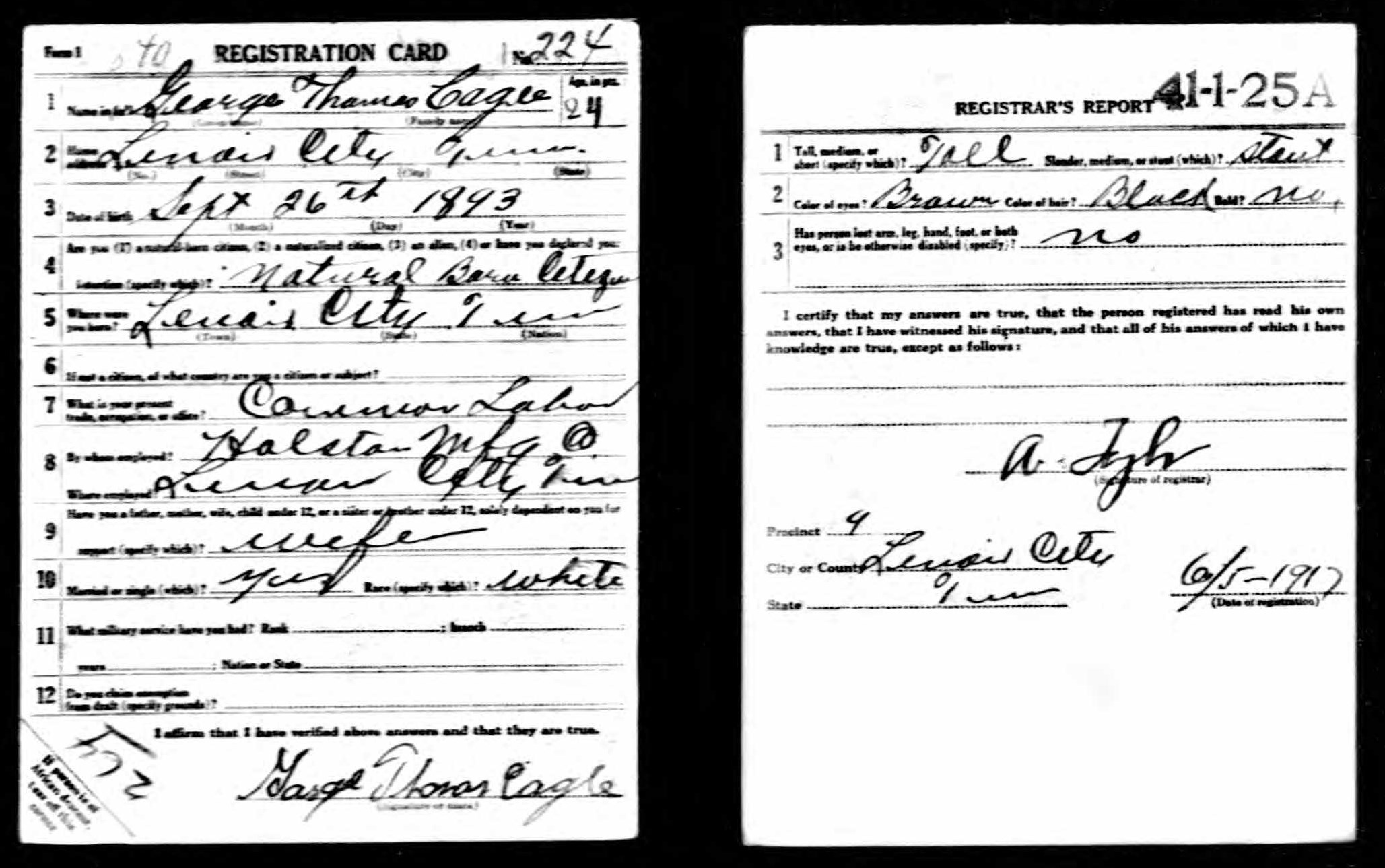 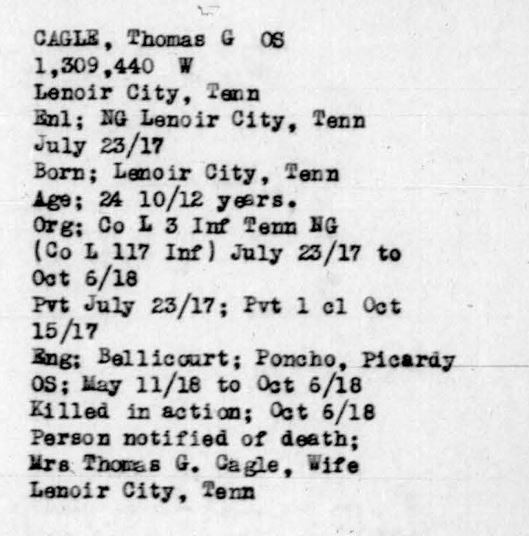 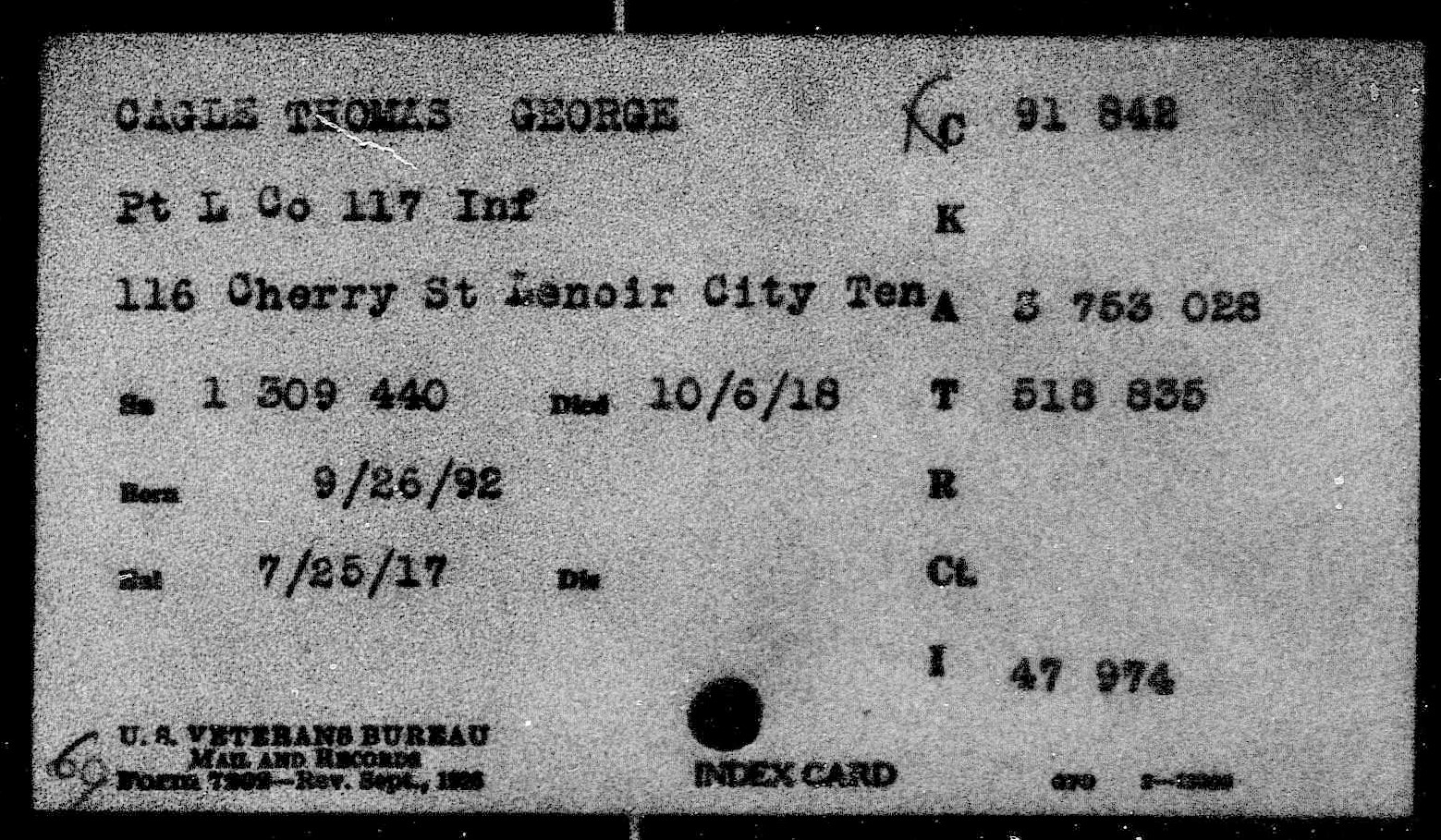