Technician 4th Class Thomas E. Rodgers was born on July 27, 1918. He worked as a realtor before joining the military. He enlisted in the Field Artillery of the National Guard on February 24, 1941 in Maryville, Tennessee. He served in the European/Mediterranean Theater of war with the 141st Field Artillery Battalion. He was killed in action on December 9, 1944. His body was returned from Limey-Toul in France to the United States aboard the U.S.A.T. Lawrence Victory in August 1948. He is buried in Knoxville National Cemetery (Plot B, Site 6208). 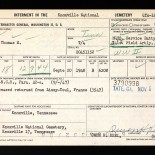 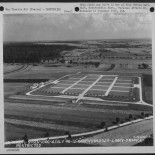