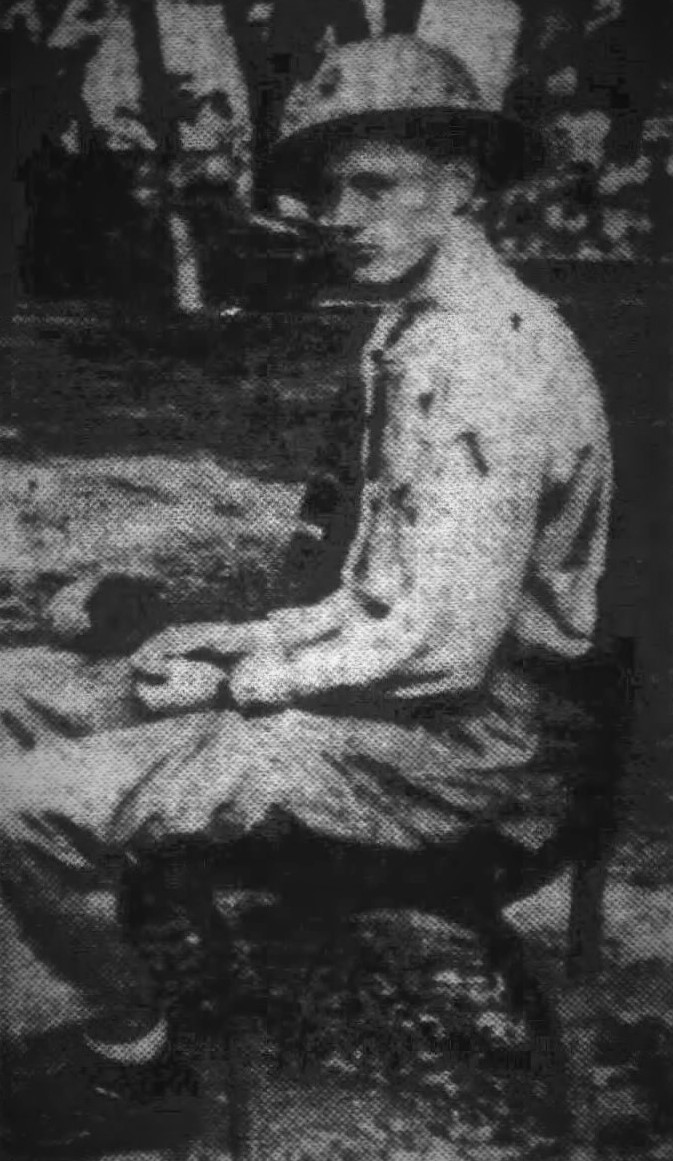 Thomas Elmore Park was born in Chattanooga, Hamilton County, TN. He was Killed in Action.

The Chattanooga Times, February 4, 1944
Pfc. Thomas E. Park, 18, USMC, has died of wounds received in action, it was announced in a telegram sent last night by Lt.-Gen. A.A. Vandergrift, marine corps commandant to Park’s mother, Mrs. Pearl Park, 1607 Vance Avenue. Young Park, who attended East side Junior High School, enlisted in the marine corps in August of 1941, while he was only 16 years old. The message received from Gen. Vandergrift last night by Mrs. Park, a widow and the mother of seven other children, as follows: “Deeply regret to inform you that your son, Pfc. Thomas E. Park, USMC, died of wounds received in action in the performance of his duty and service of his country. No information available at present regarding disposition of remains. Temporary burial in locality where death occurred probable.  You will be promptly furnished any additional information received. To prevent possible aid to our enemies, do not divulge the name of his ship or station. Please accept my heartfelt sympathy. Letter follows.”
Pfc. Park is survived by his mother, whose husband has been dead 12 years; three brothers, Sgt. Charles H. Park, with the army in the South Pacific; Pvt. James Park, an MP stationed near Seattle, Wash., and Mickey Park, who lives at home; four sisters, Mrs. J.A. Gayson, New Orleans, Carolyn, Katie Mae and Mary Lou Park, who live at home, and grandmother, Mrs. Lillian Silver, who resides with her daughter, Mrs. Park. In January, 1942, the youth was commended by his superior officers for his action, while ons entry duty, in extinguishing a fire in a box car at the United States Naval Factory, Indian Head, Md. “As a result of the prompt and efficiënt performance of duty in this case by Pvt. Park,” the commendation stated, “no damage was caused by a fire that would otherwise have been very serious. The inspector commends Pvt. Park and requests a copy of this letter be place in his service record.” 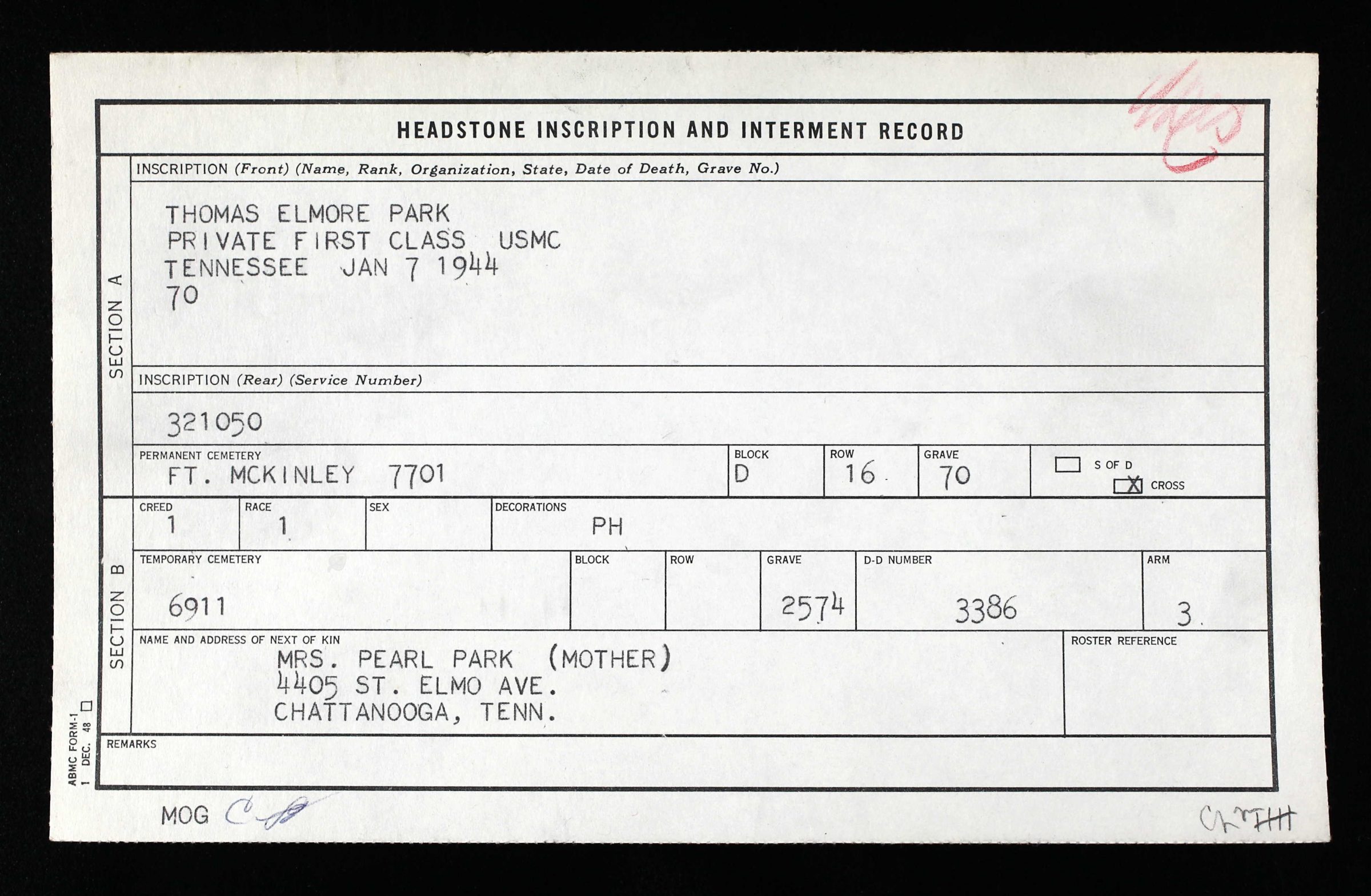 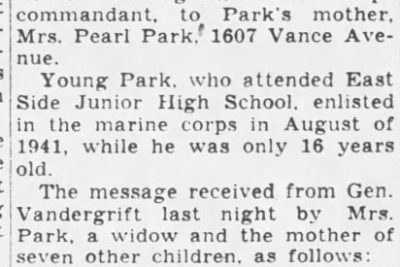