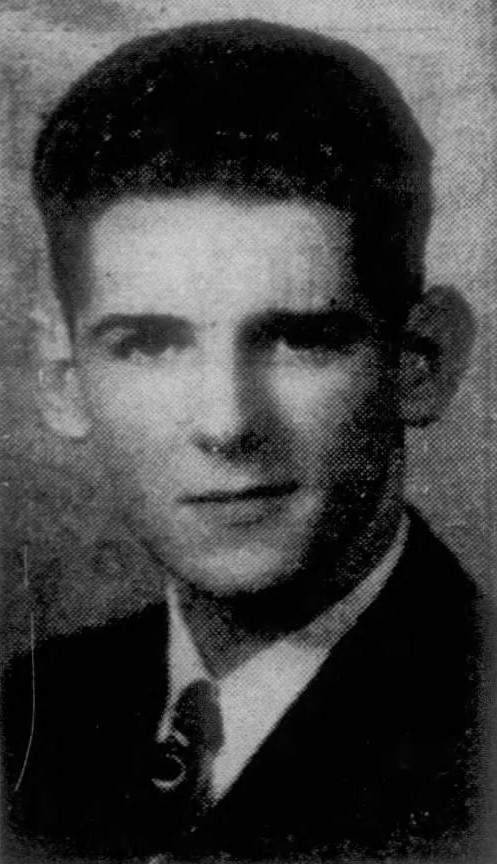 Thomas Elmer Hale was born 8 February 1918, the son of T.J. Hale. He was married to Katherine Jo Beene and father of Stephan Thomas Hale. He graduated at Chattanooga High School and Vanderbilt University in Nashville, Tenn. He was employed as a chemist for the du Pont Company in Charleston, Indiana before enlisting in the air corps in September, 1942. He received his commission at Napier Field in Dothan, Alabama and received further training at Hamilton Field at Oakland Municipal Airport in Santa Rosa, California before being sent overseas.
He died Non Battle 29 March 1944 in England in a plane crash.
He is buried at Chattanooga National Cemetery, Y, 342

The Nashville Banner, July 13, 1948
Funeral services for 2nd Lt. Thomas E. Hale, Graduate of Vanderbilt University, will be held at the National Funeral Home in Chattanooga. Burial will be in National Cemetery, Chattanooga, with Summers Whitehead Post of the American Legion directing military rites at the Grave.
Son of Mr. and Mrs. T.J. Hale of 3303 Idlewild Circle in Chattanooga, Lieutenant Hale was born and reared in Chattanooga and received his B.A. degree in 1940 from Vanderbilt University, where he was a member of Kappa Sigma fraternity. He had moved his church membership to First Baptist Church here while he was a student. The officer was a chemist with the du Pont company in Charlestown, Ind., when he volunteered for service in 1942 in the Army Air Forces. A fighter pilot, he was killed in action March 29, 1944, in England following numerous missions. He held the Air Medal. In addition to his parents, he is survived by a son, Stephen Thomas Hale, also of Chattanooga.

Picture from the Chattanooga Daily Times 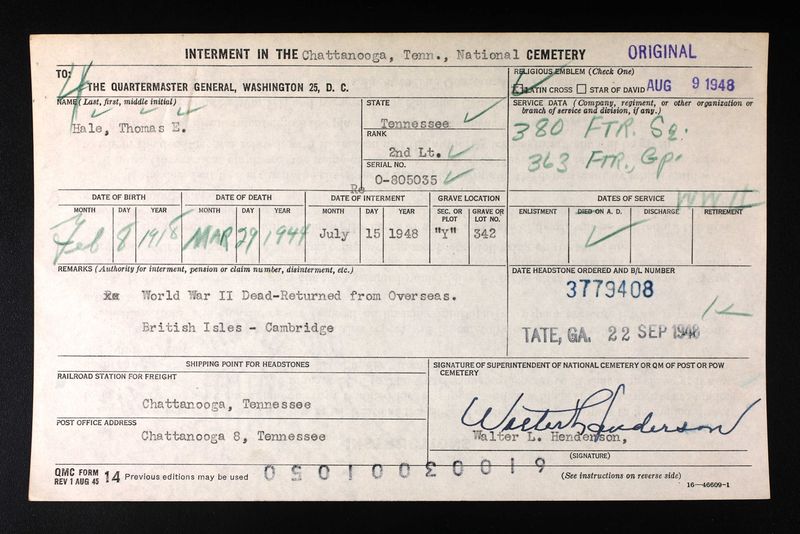 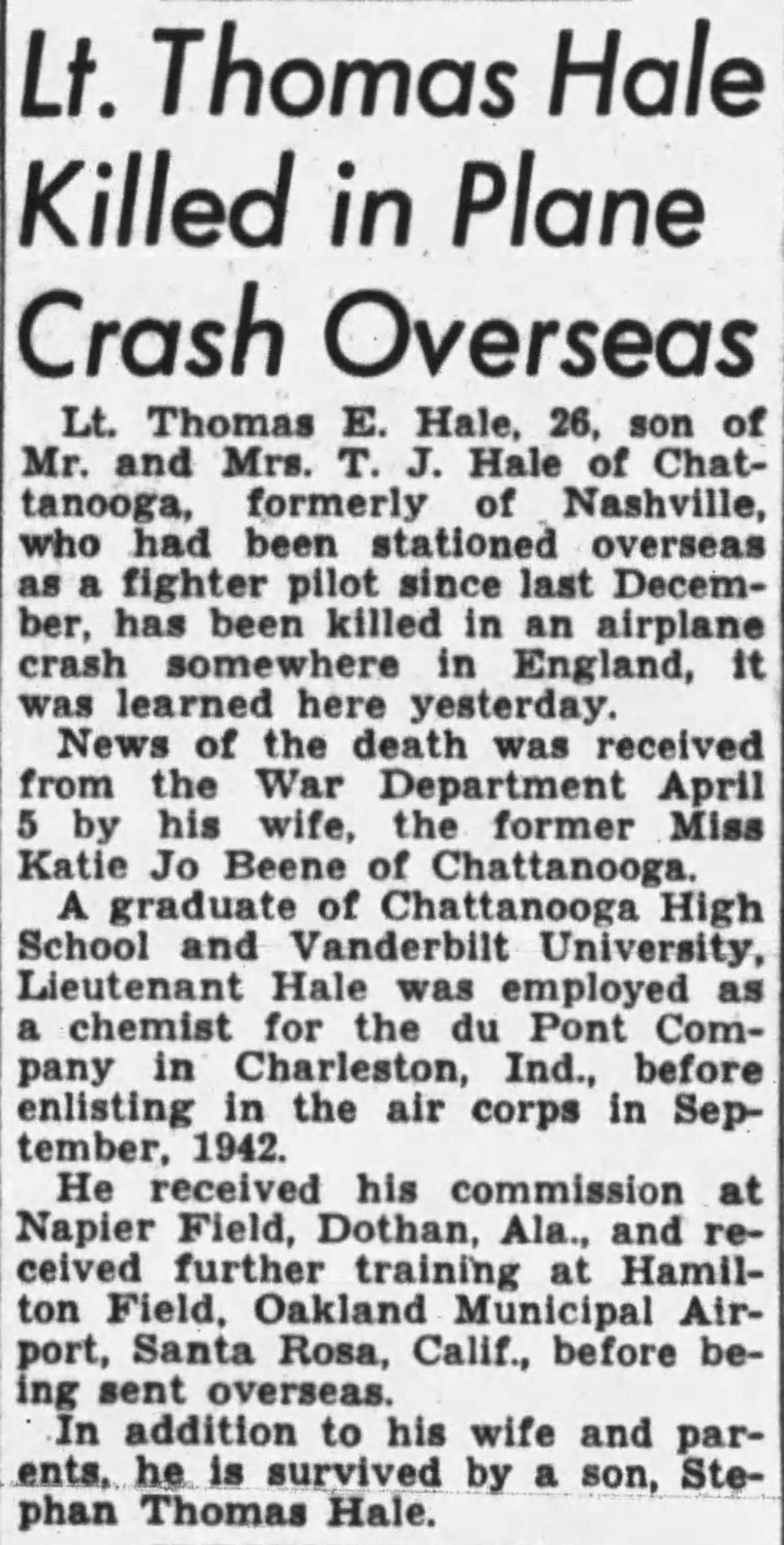 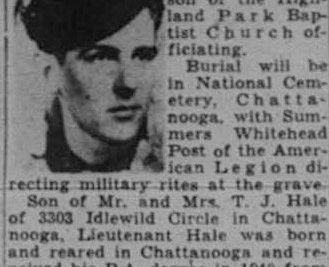 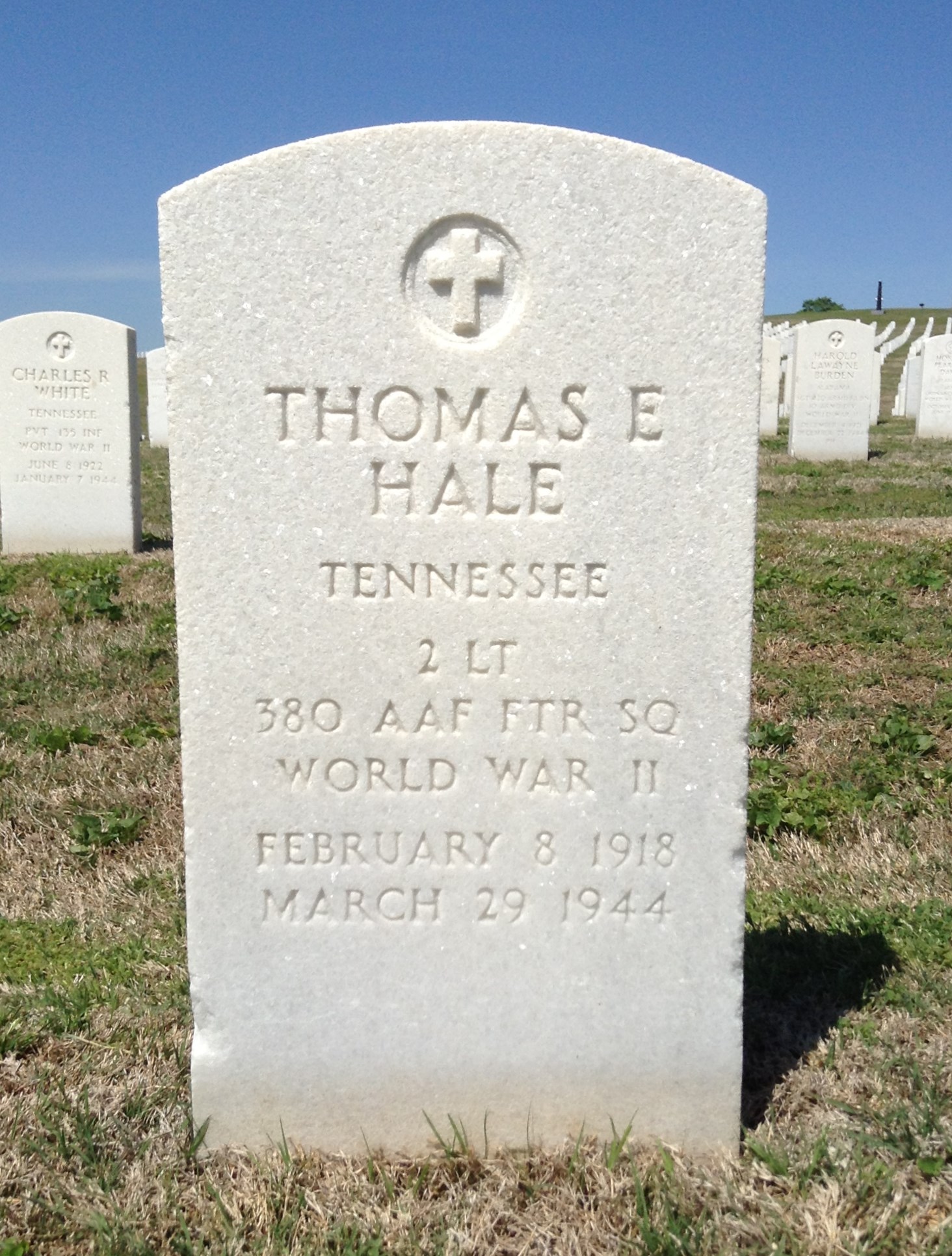