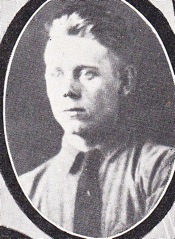 He was born in 1898 in Monroe County, Tennessee.
Thomas Ashbury Curtis saw service on the Mexican border as a member of the Third Tennessee Infantry. Again called to the colors in 1917. As a member of Company A, 117th Infantry, 30th Division, sailed for France May 11, 1918. Corporal Curtis was killed in action October 8, 1918, at Genève, a point on the Hindenburg Line.

Corporal Thomas A. Curtis, of the 117th Infantry regiment, commanded by Col Cary F. Spence, of Knoxville has been officially reported killed in action on the firing line in France. He was a son of John W. Curtis, 2358 Woodbine Avenue, Knoxville. Corporal Curtis and his brother, Care Curtis, were members of the same infantry regiment. The war department telegram announced that Corporal Curtis was killed October 8.

A letter dated Oct. 17, was received from Care Curtis. He said that things were happening fast and that the members of the regiment were pushing the Germans so hard that it was impossible to keep up with the provisions and other supplies. No mention was made that Corporal Curtis had been killed. The writer said he did not meet his brother often, but was expecting to receive a letter from him.
-The Journal and Tribune, Knoxville, Tennessee, Wednesday, November 13, 1918

After the war Cpl. Thomas was repatriated from France to the United States aboard the U.S.A.T. Somme. The transport Somme arrived in Hoboken, NJ on March 17, 1921 and Cpl. Thomas arrived at Knoxville early April aboard the Southern Railway. Corporal Curtis was laid to rest at Hopewell Cemetery, Madisonville, Monroe County, Tennessee. 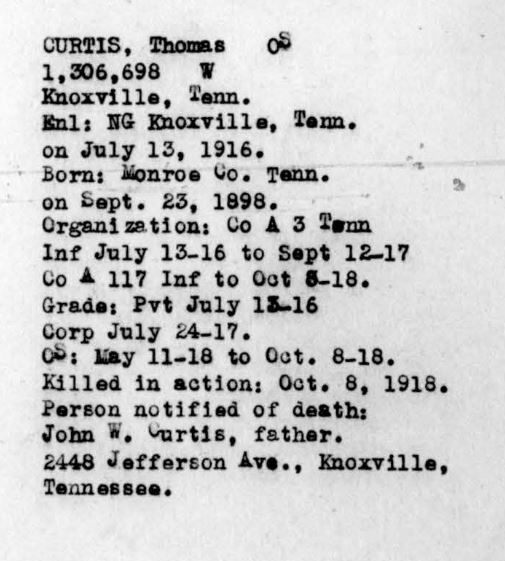 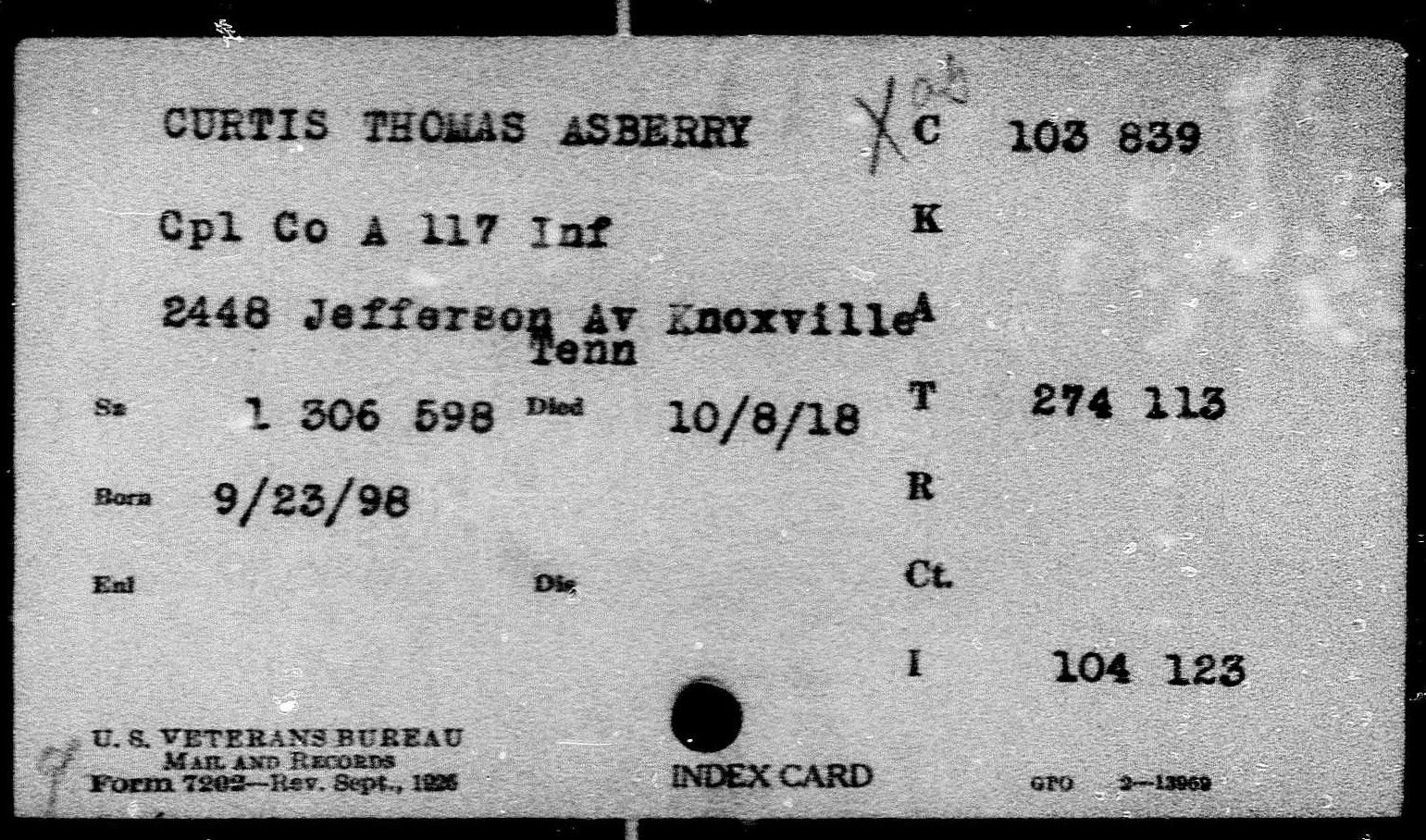