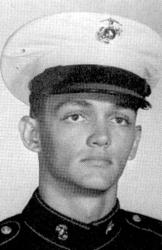 Private First Class Thomas Cecil Tucker was born on April 5, 1942. He was a former resident of Danville and the son of mr. and mrs. Otis P. Tucker. Pfc Tucker had been living in Chattanooga, TN for ten years prior to his enlistment and was married to the former Miss Judith Nolan of  Chattanooga, Tennessee. He attended the University of Chattanooga in 1962.

He served his country in the Vietnam War in the United States Marine Corps, as a machine gunner in D Company, 1st Battalion, 1st Marines, 1st Marine Division. On March 6, 1967, PFC Tucker, was killed in action from an explosion in Quang Nam province, South Vietnam. He was 24 years old at the time of his death. PFC Tucker is memorialized on the Vietnam Veterans Memorial on Panel 16E, Line 32. 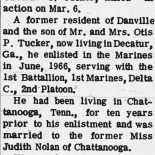 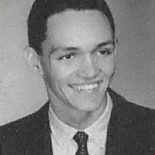