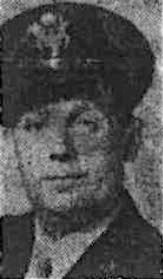 Thomas Brabson Drinnen was a medical doctor in Knoxville and entered the Army July 15, 1942. He trained at Ft. Rucker, Alabama and then moved to Memphis, Tennessee where he served with the 48th General Hospital unit at Kennedy General Hospital later Kennedy VA Hospital. His unit left for Europe in late December 1943 or early January 1944, a few months before D-Day. They stationed in Swindon, England. On February 24, 1944, Captain Drinnen was accidently killed by carbon monoxide from a water heater that was in the small metal barracks in which the unit lived. His body was interred in Swindon, England until after the war and then returned to Knoxville.

At his death, he left three small sons, Gary, age 8, Tommy, Jr, age 6, and Danny, age 2. Tommy and Danny became medical doctors and served in Knoxville and Dickson, Tennessee and Gary has a PhD in education.

In January of 2010, we found the letters he had written to his wife and sons on his voyage over to England and the settling into life there. They had been stored in an old barn for over 60 years. The last letter is dated the day before his death. Because the boys were very young, and their grieving mother didn’t talk very much about their father, this collection of about 35 letters has given us sons a knowlege about the personality of a devoted Dad and husband.

We are very grateful to have found them.
-Submitted by Thomas B. Drinnen, Jr. 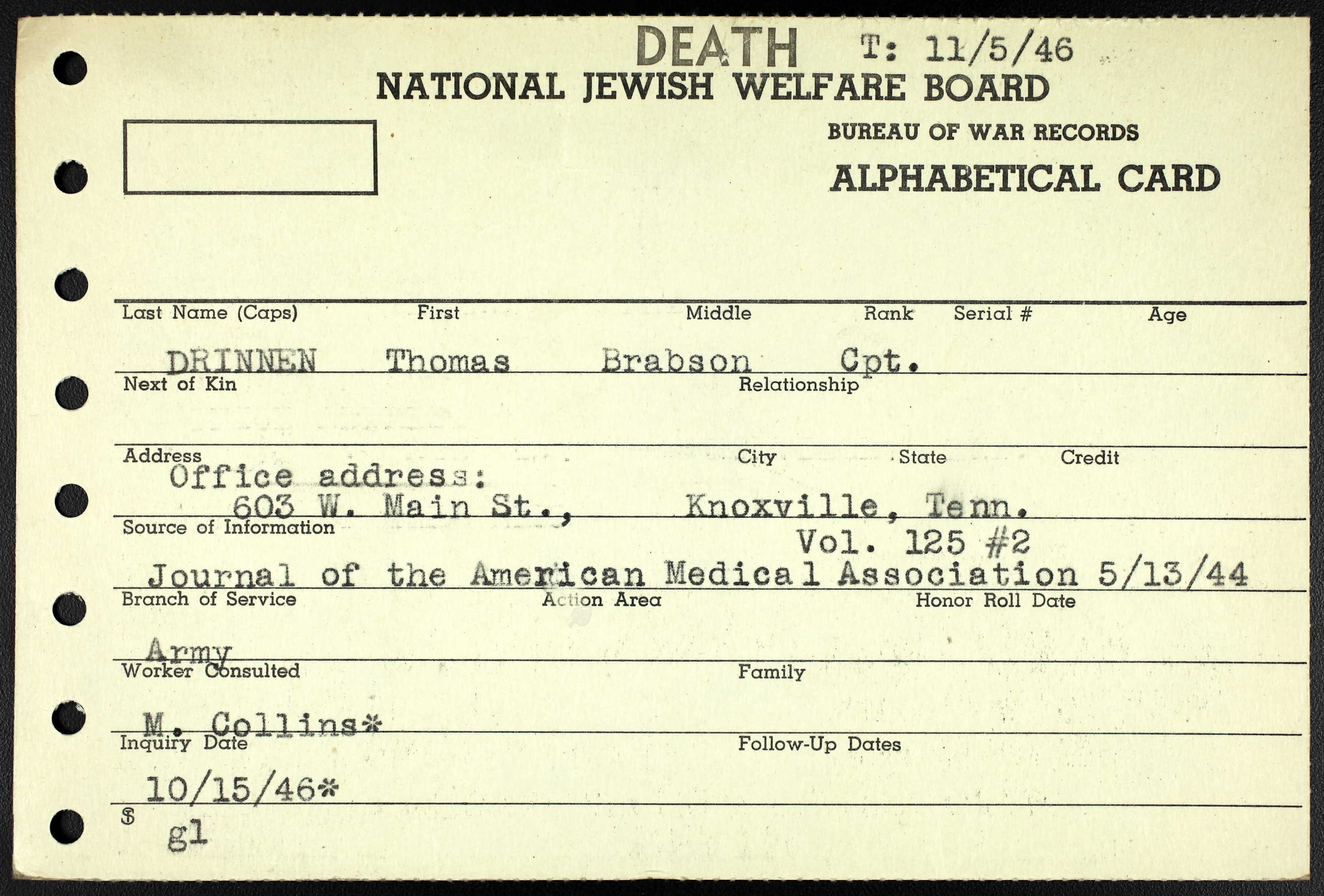