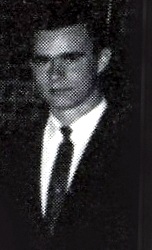 Thomas the son of Ruth S. Swartz of Lakeland Florida and Thomas A. Varner Sr. of Knoxville Tennessee, dear brother of Victoria R. Howell of Macon Georgia; enlisted in the US Marine Corps on March 28 1966 in Knoxville TN. He arrived in Vietnam on December 19 1967 where he was assigned for duty and served with Company M, BLT (Battalion Landing Team) 3/1, 9th MAB, FMFPac.

The BLT left the Philippine Islands returning to Vietnam in early December, first participating in Operation FORTRESS RIDGE followed by BADGER TOOTH which began on December 26 in northern Quang Tri Province. Company L made an amphibious landing, with Company K being inserted by helicopter followed by Company M with the troops moving towards their designated objectives with sporadic contact with the enemy. At first light, the Marines moved out and made heavy contact in the Thon Tham Khe village complex, hit by NVA mortar fire, and automatic weapons they were pinned down with forward movement was stopped. The enemy and prepared fields of fire from fortified bunkers and trenches and the engagement turned into a day long battle before the area was secured. The BLT suffered forty-nine men killed in action and many more were wounded with one of them being Cpl Thomas Varner who was killed in action by hostile rifle fire. 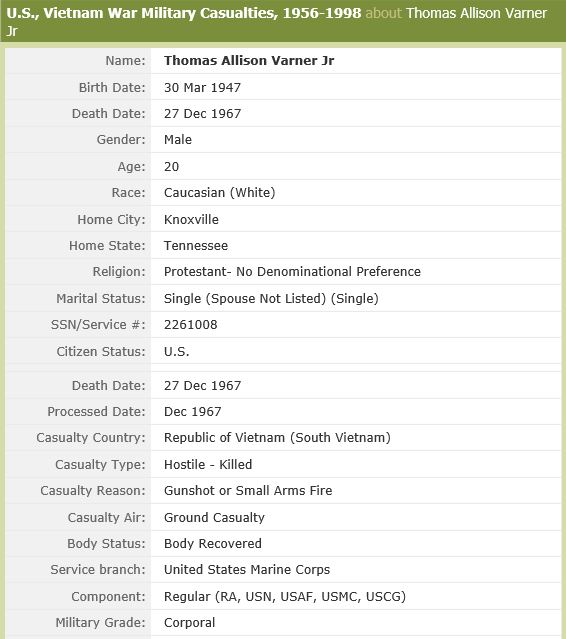 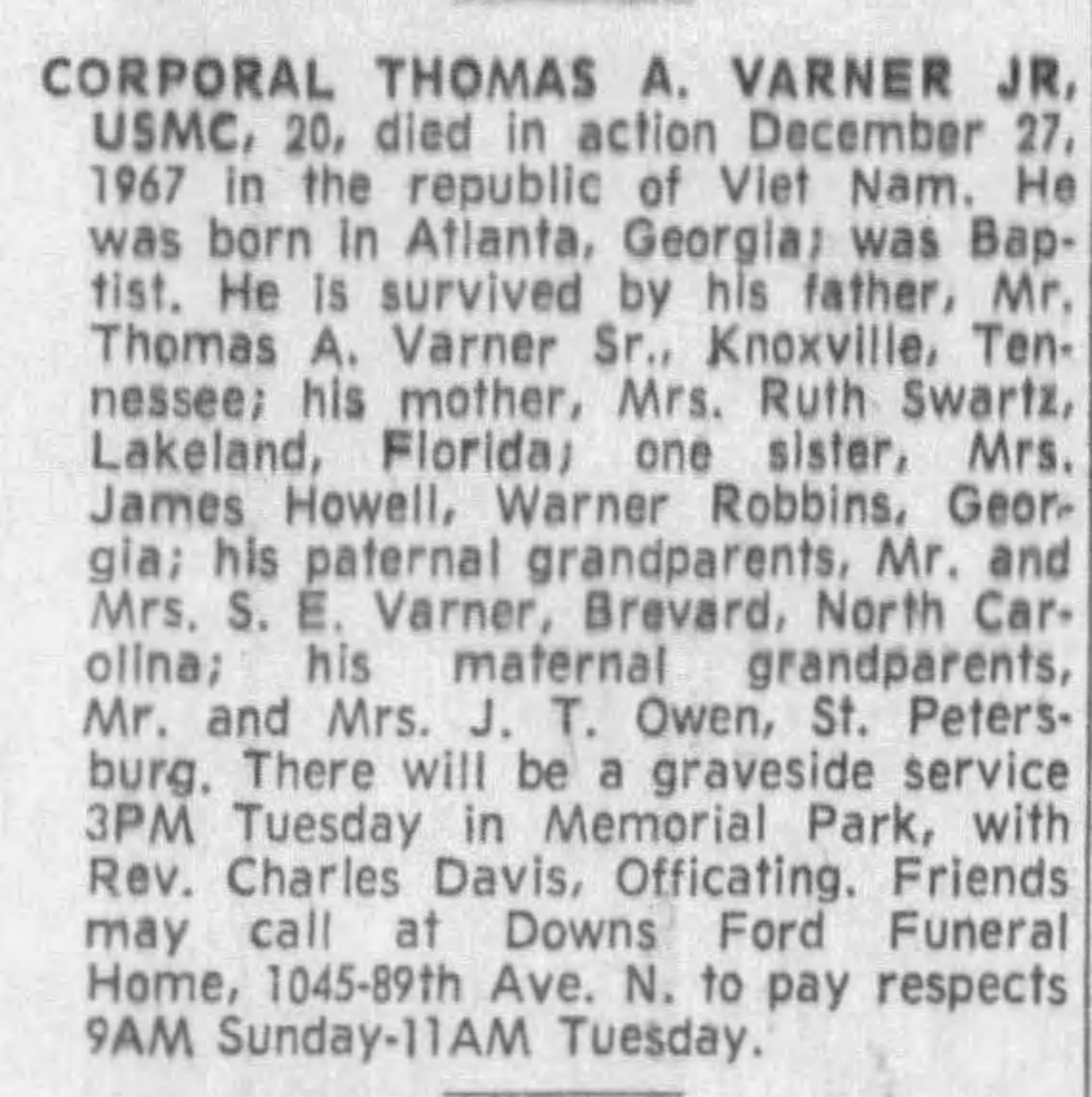