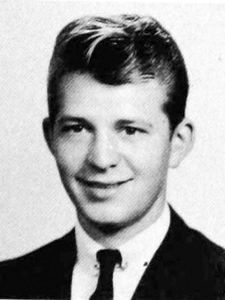 Specialist 4 Thomas A. Barrett was born on January 14, 1947, and was originally from Harrogate, Tennessee. He served his country in the Vietnam War in the United States Army, as an armor reconnaissance specialist in B Troop, 1st Squadron, 17th Cavalry, 82nd Airborne Division. He began his tour in Vietnam on May 5, 1968. Only nine days later, on May 14, 1968, SP4 Barrett was killed from artillery fire under hostile conditions in Bien Hoa province, South Vietnam; he was 21 years old at the time of his death. He was survived by his wife, Cathelene Barrett (b. 1951). SP4 Barrett is buried at Red Hill Cemetery in Hopewell, Claiborne County, Tennessee, and is memorialized on the Vietnam Veterans Memorial on Panel 60E, Line 8.

“Tom came onto our fire base with intention of joining his Cav unit. I was with the 321st arty with 82nd 3rd brig. We became friends at once. He was married as I was. I went to Tenn Tech and knew some of the people he had gone to school with. Good man. Just got my 82nd airborne album. Made me think of Tom and the 2 other guys killed that night Ed Davis and Lee Jones. God bless them and their families.”
–Submitted by Bill Deveraux, who was with him at the time of his death outside of Phuc Vinh 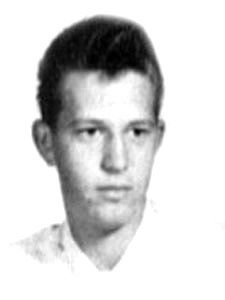