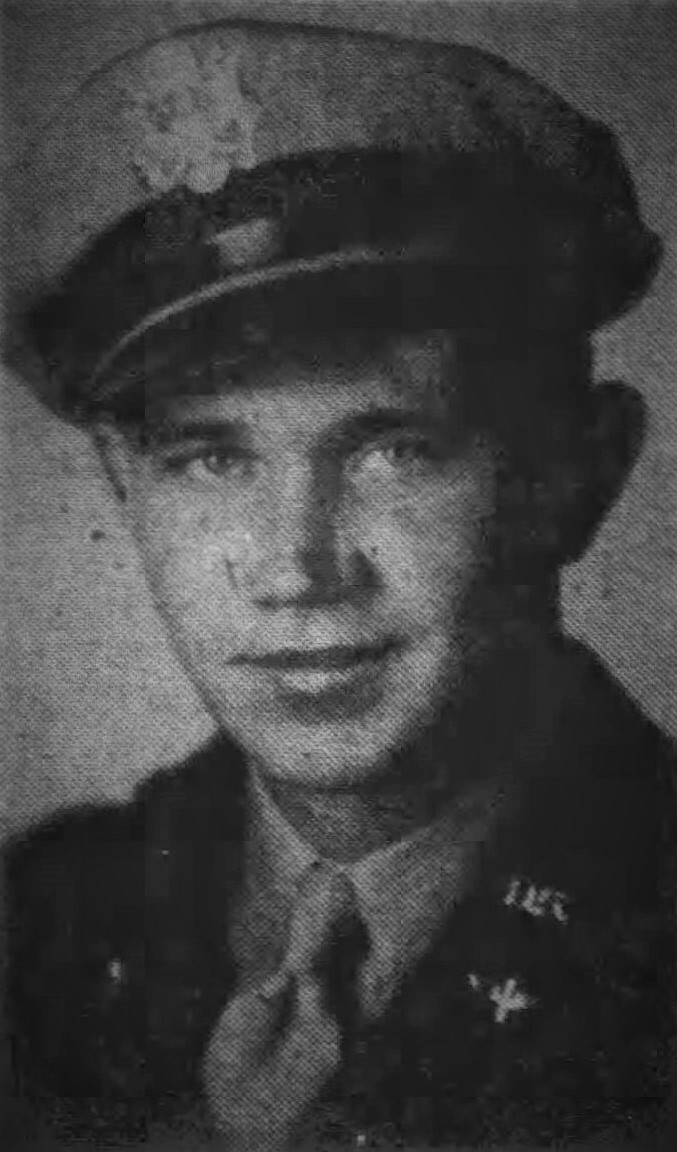 He was killed, along with two other airmen,when F-10 (B-25) Mitchell #41-29926 crashed while landing at Lunken Field, Cincinnati, Ohio. Two other crewmembers, T/Sgt Edward P. Singer and  Sgt Louis E. Heywood were killed in the crash and six crew members were injured slightly.
The pilot was Capt. Thomas Lambie, Wyoming, Ohio and the Co-pilot Lt. Eugene C. Stano, Detroit.
An army officer telephoned Lt. Martin’s mother soon after the crash and notified her of the death of the young Chattanooga flier. He said the plane was on a training flight and that it crashed into an obstruction at the edge of Cincinnati’s Lunken Field and almost immediately caught fire. He said Lt. Martin’s body will be brought to Chattanooga.

The Chattanooga Daily Times, 30 December 1944
Funeral services for Lt. Theodore (Ted) G. Martin, who was killed in an airplane accident Dec. 26 in Cincinnati, Ohio, will be held from the Asbury Methodist Church. Interment will be in Forest Hills Cemetery with full military honors.

A former student at Chattanooga High School where he was band leader for two years. Lt. Martin also attended the University of Chattanooga. At the time of his entry into the army he was a student at the University of Michigan. He received his wings and commission at Luke Field, Ariz., in June of 1944. He was a member of the Ashbury Methodist Church and Delta Chi fraternity.
He is survived by his parents and several uncles and aunts. 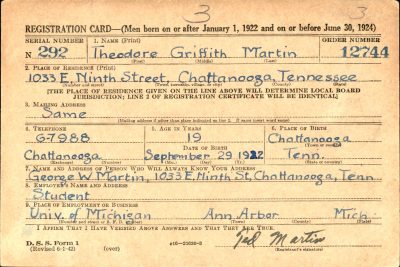 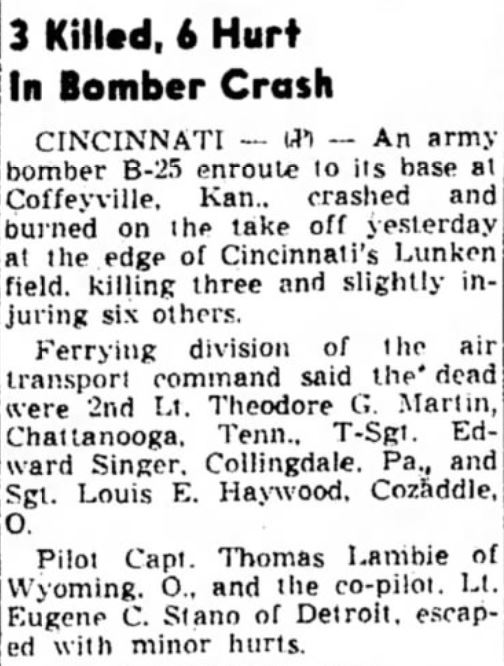 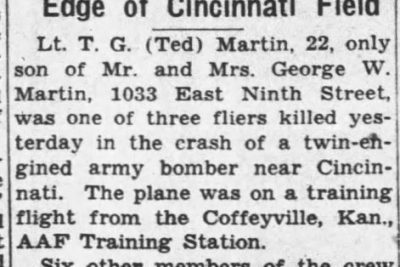