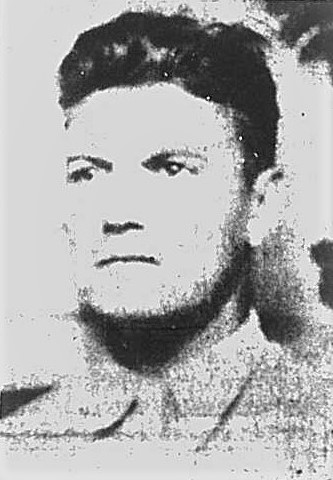 The Newport Times, Sept. 13, 1944
Pfc. Swannie H. Burke, son of Mrs. James Burke of Del Rio was killed in action on Saipan on June 23, according to a message received by the war department. Pfc. Burke was 26 years old and had been in service for three years and had spent two years overseas. He attended Cocke County High School, Newport and was a farmer before going into service.

The Plain Talk and Tribune, June 17, 1948
The body of Swannie H. Burke will reach Newport Thurday night on the Carolina Special at 7:21.
Swannie attended Cocke County High School for two years and later graduated from the American School in Chicago, Ill. Pfc. Burke enlisted in the U.S. Army in Sept. 1941 and went overseas the following January. He fought on the Marshall Islands and was killed in the battle of the Marannis Islands, June 23, 1944, at the age of 26.
The following is a statement taken from a letter received by his mother from the Captain of his comapny. “Swannie is fine and healthy, doing a real good job of soldiering, qualified in many weapons. Very cooperative and liked by all his company.”
Pfc. Burke’s father, James Burke, was a Spanish American Veteran. He and a daughter, Mrs. Zenas Harvey passed away while Swannie was in service. He is survived by his mother, Mrs. Dora Burke, Del Rio: two sisters, Mrs. Nease Mantooth, Del Rio and Mrs. Bee Wiley, Newport, Route 3 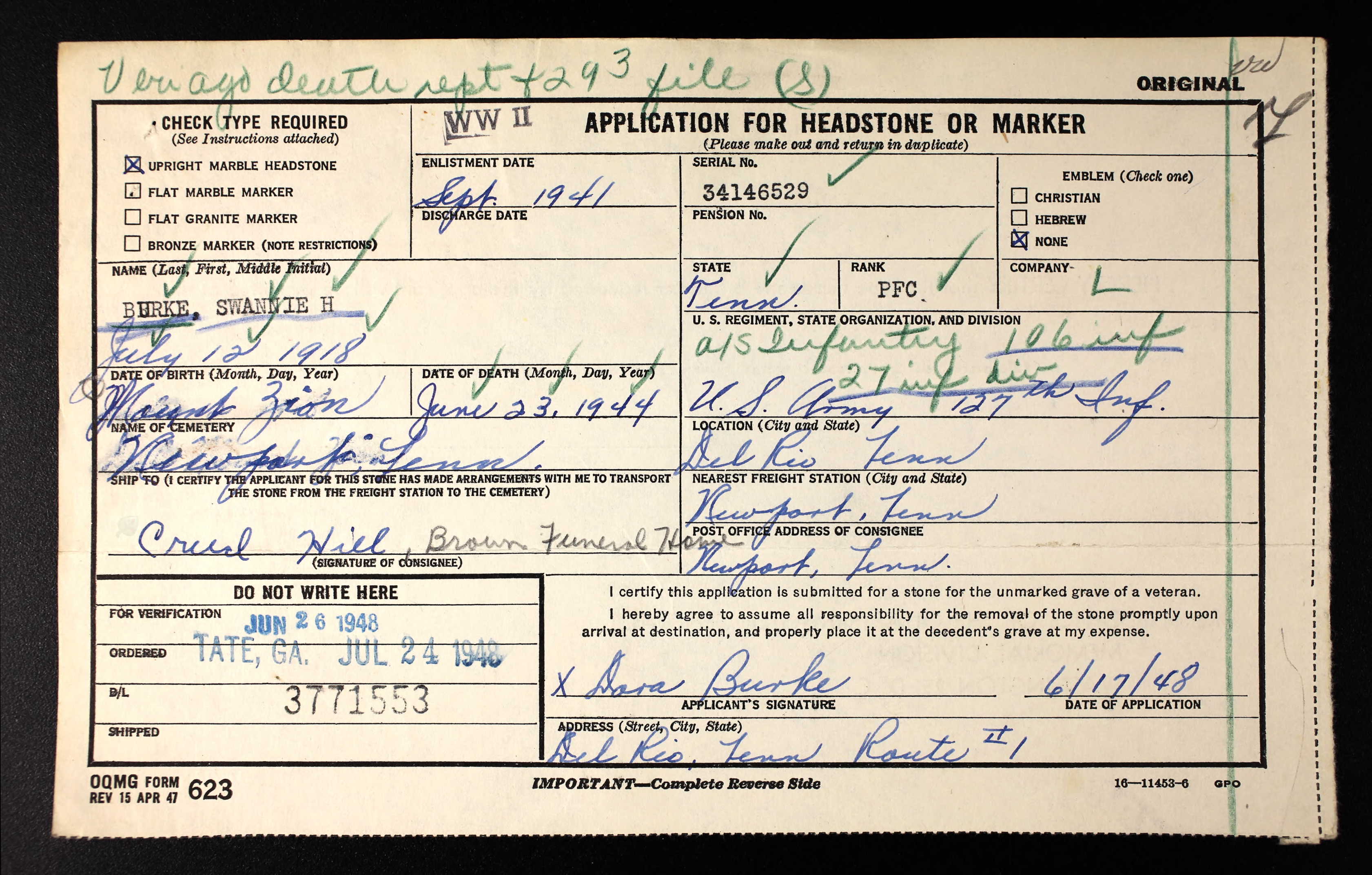 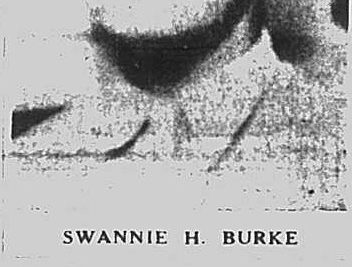