Stuart Wallace served on the U.S.S. Sims (409). During the forenoon of May 7, 1942, while acting as anti-submarine escort for, and patrolling station ahead of the U.S.S. Neosho (AO-23), the U.S.S. Sims was attacked and sunk by Japanese bombers in the Coral Sea.

The Kingsport Times, 16 June 1942
Stewart Henry Wallace, 18, son of Mr. and Mrs. Ephram Wallace of Route , Kingsport, has been reported by the Navy Department as missing following action in the service of his country, in a telegram received here by is mother, Young Wallace, 18, a seaman second class in the regular Navy, had served since October, 1941, when he enlisted at the Kingsport Navy Recruiting Station, and was transferred for training to San Francisco.
Besides his mother, Wallace´s five brothers and one sister also reside in Kingsport.
The last word his family had from him was a letter written seven weeks ago to his mother from San Francisco. He gave no hint of his ship or his home station but said he was feeling fine. 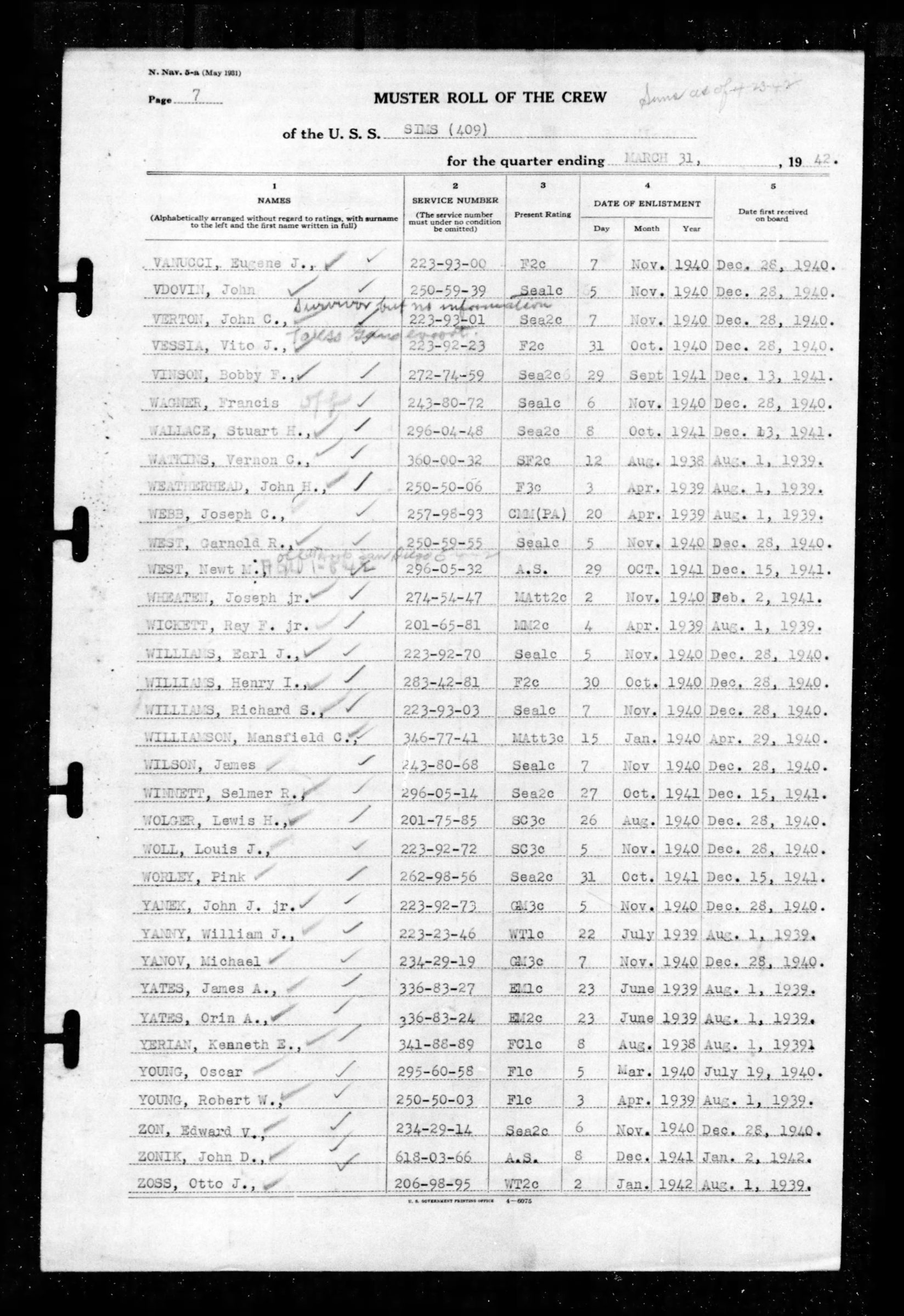 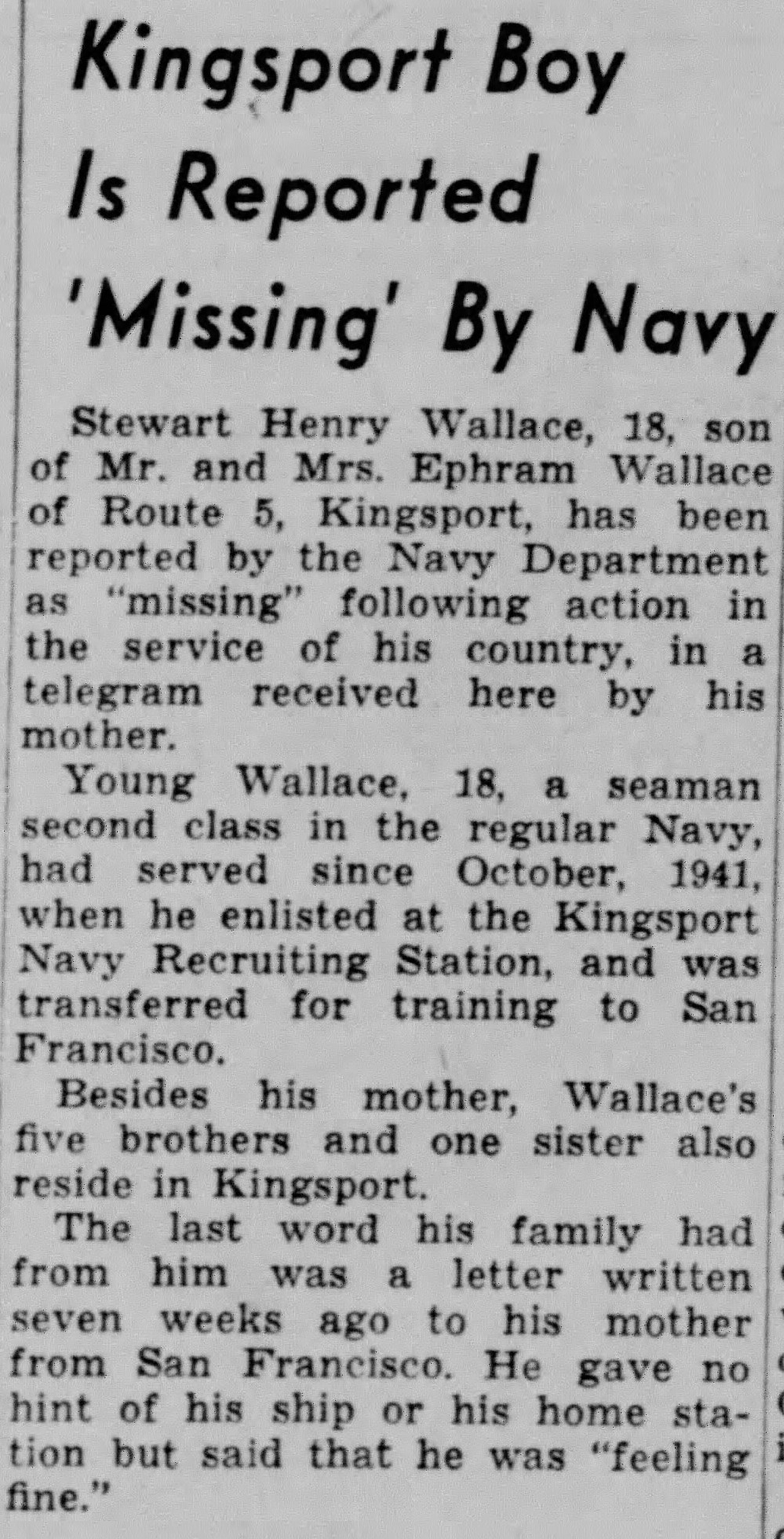