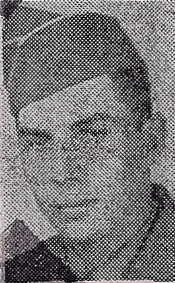 Private Stiner (Steiner) Wright was the son of Mr. and Mrs. Otis Wright of Sharps Chapel. In addition to his parents he was survived by brothers, J.C. Wright, L.A. Wright, Roy, Max, Ralph, Jack, and Arnold Wright and sister, Mrs. Emma Jean Rogers.

He was repatriated back to his hometown of Sharps Chapel and funeral services were held at Irwin’s Chapel with graveside services following at Graves Cemetery. American Legion Post 212 was in charge of services at the graveside.

Died as the result of injuries sustained when the truck in which he was riding slid over an embankment and overturned. An unknown object pierced his back and penetrated his heart.
Submitted by his brother, Roy K. Wright 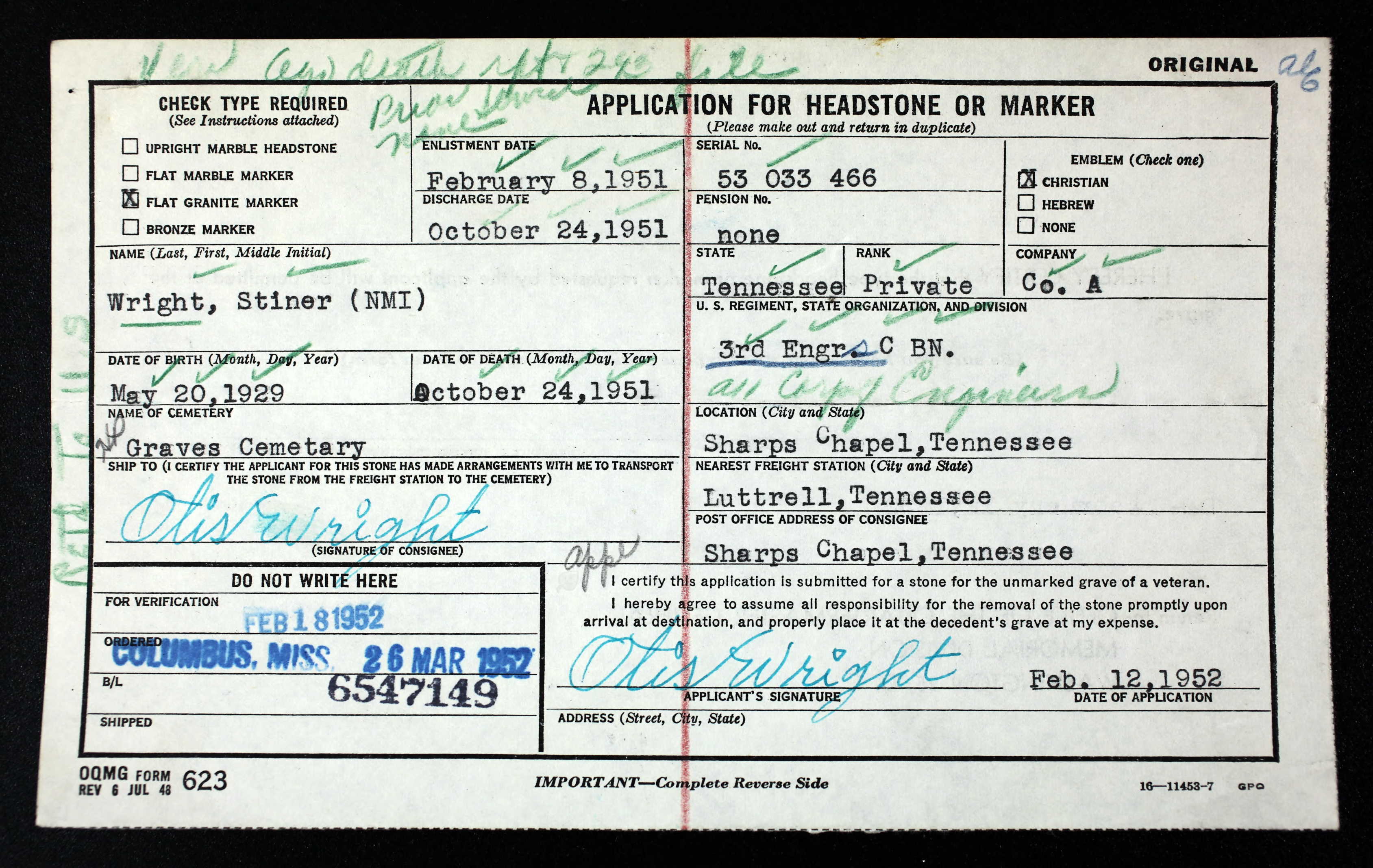