Pfc Steward (Stewart) R. Dickey was a resident of South Knoxville and was married to Miss Doris Moore. Prior to the war he was a Sales Manager for Millers Department Store. Pfc. Dickey was killed in action in Southern France. He was repatriated to the United States and funeral services were held April 30, 1948, at Berry Funeral Home. Burial in Knoxville National Cemetery.

The Knoxville News-Sentinel, October 27, 1944
Pfc. S.R. Dickey, Jr., was killed in action Aug. 28, during the invasion of Southern France, according to a telegram from the War Department to his wife, Mrs. Doris G. Dickey, Fort Valley Road. He was the son of Mr. and Mrs. S.R. Dickey Sr., 603 Moody Avenue. Pfc. Dickey, 22, had been in the service 21 months and overseas since April. He was formerly employed by Miller Store Co. His son, Stewart Ray Dickey III was born Sept. 4, one week after his death. 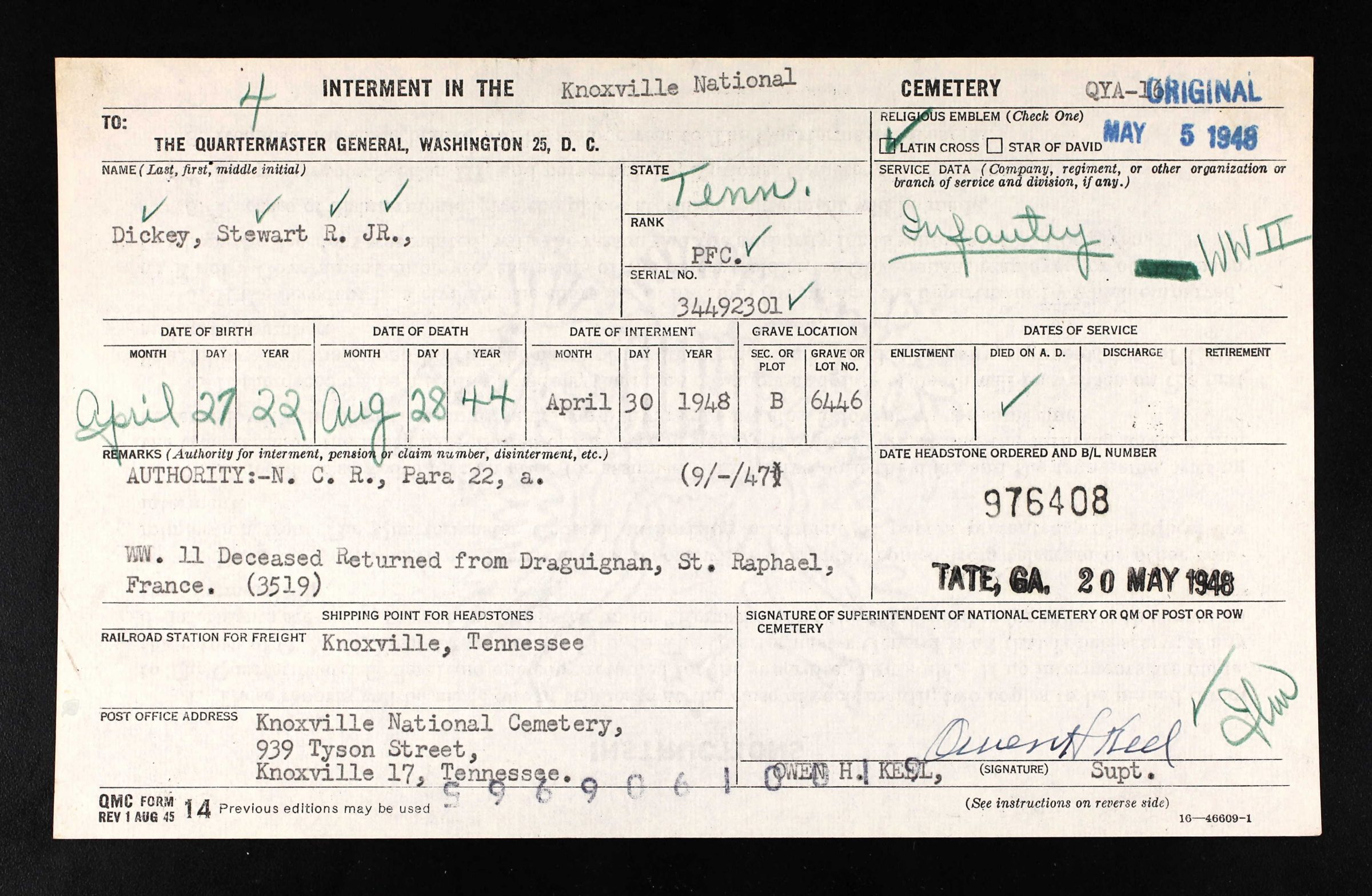 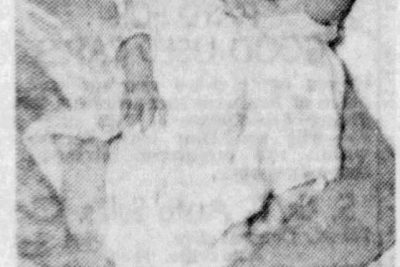 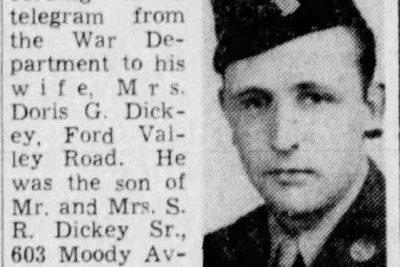 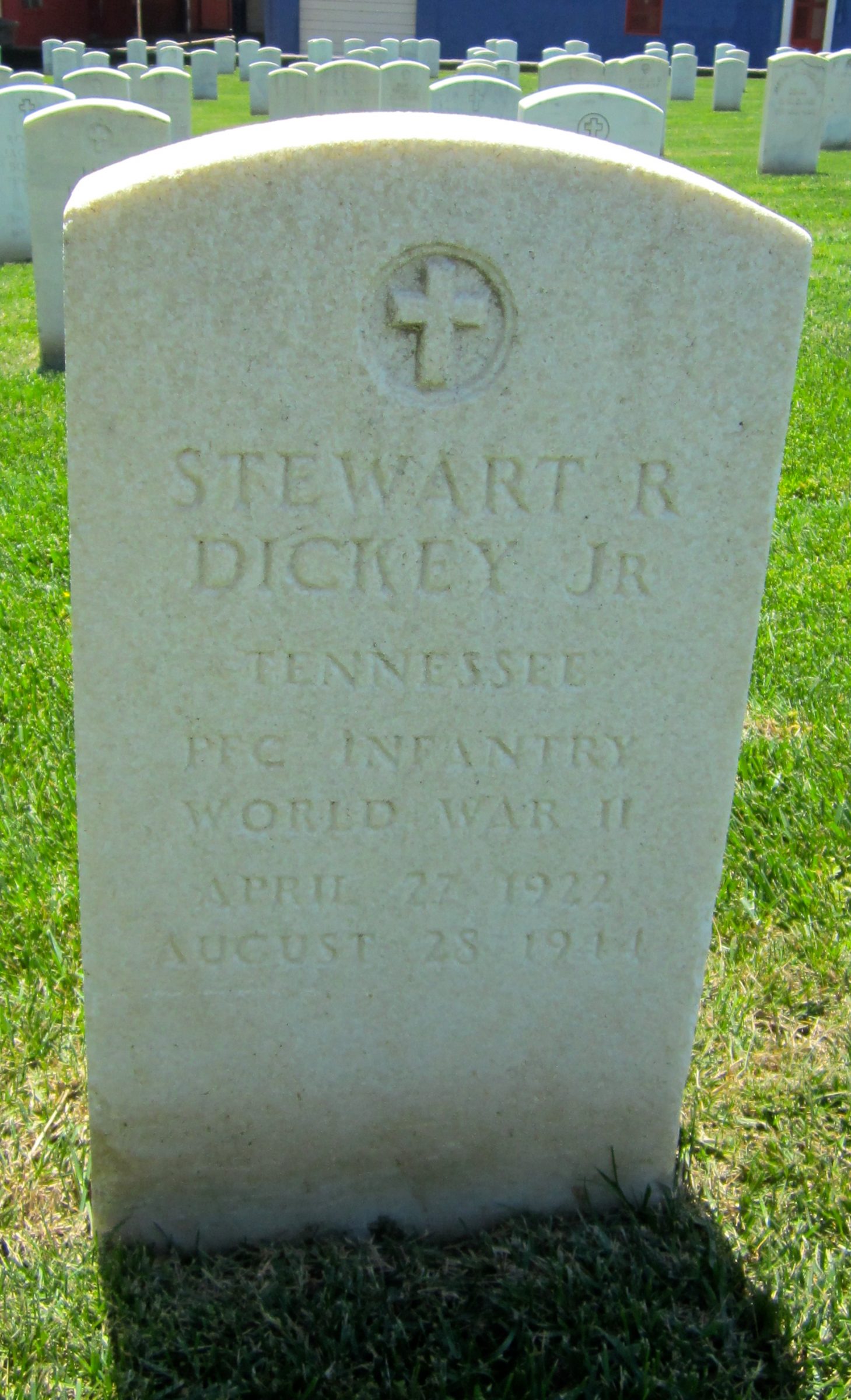