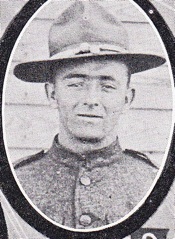 Spencer Wallace entered the service of the U.S. Army on September 21, 1917. Assigned to Company A, 328th Infantry and prior to sailing for France in April 1918 saw service at the following camps: Camp Gordon, GA, Camp Jackson, SC, and Fort Oglethorpe, GA. Private Wallace was killed in action on September 13, 1918, in the Argonne Forest, as a member of Company C, 15th Machine Gun Battalion, to which he had transferred.

He was born in Bearden, Tennessee. He died at the age of 24.

Prior to enlisting in the Army, Spence Wallace was a laborer at Cherokee Country Club.

“Official confirmation of the death of Spence Wallace, aged 22 who was killed in action in France, September 1, has been received through the government casualty list. Young Wallace was a son of Lige Wallace and the first man from the Bearden community to be killed in France. A gold star will be placed in the community service flag in honor of his memory.”
-The Journal and Tribune,Knoxville, Tennessee,
Sunday, October 20, 1918.

Spence Wallace was returned to the United States and was buried at the Knoxville National Cemetery.

My Moms great grandfather’s younger brother who she never got to meet but always heard great things, her grand father raised her.  His name was Oscar Wallace , he never got over the lost of his brother, he died in 1935 in Bearden.
–Submitted by Donald Davis 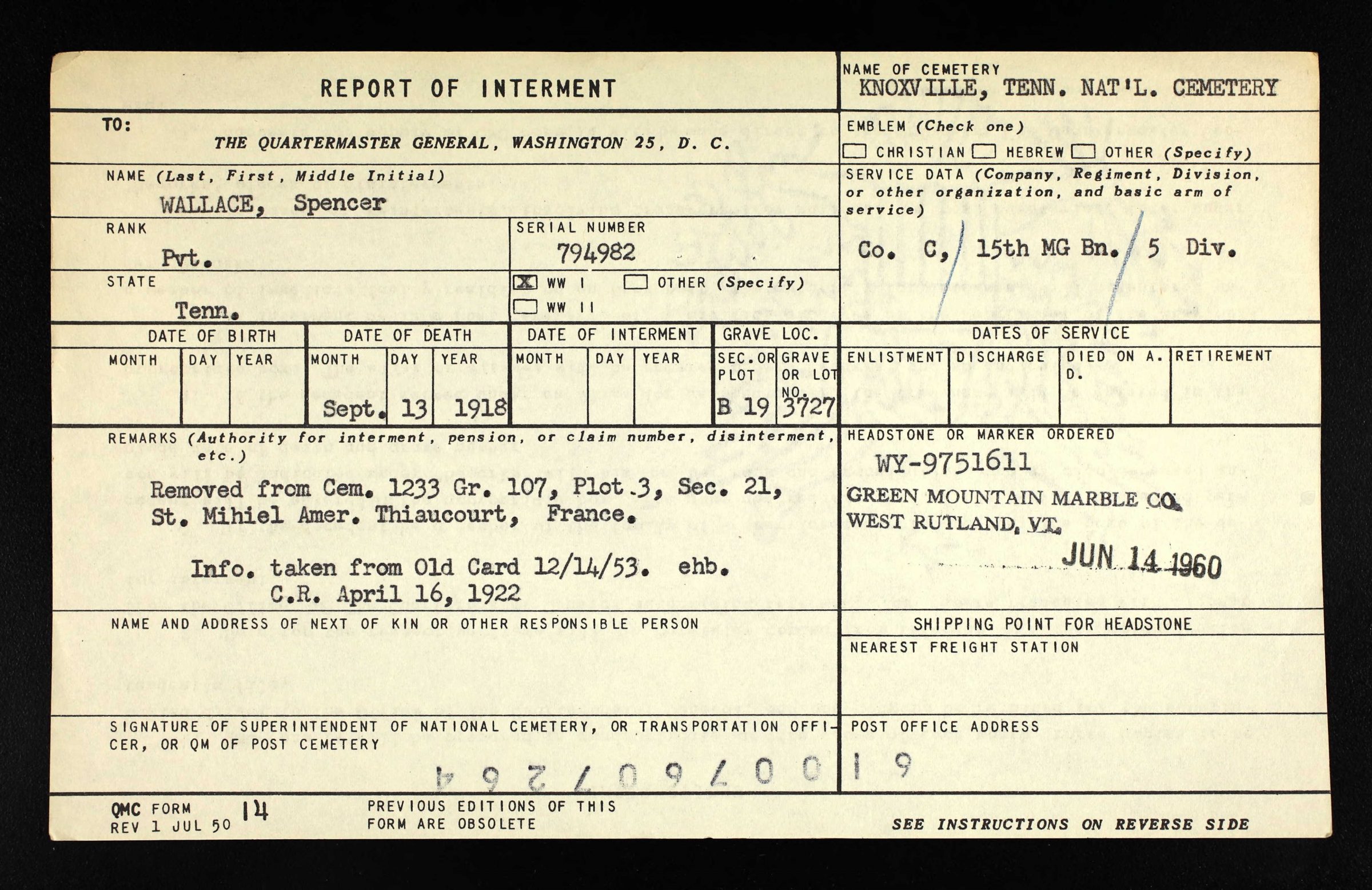 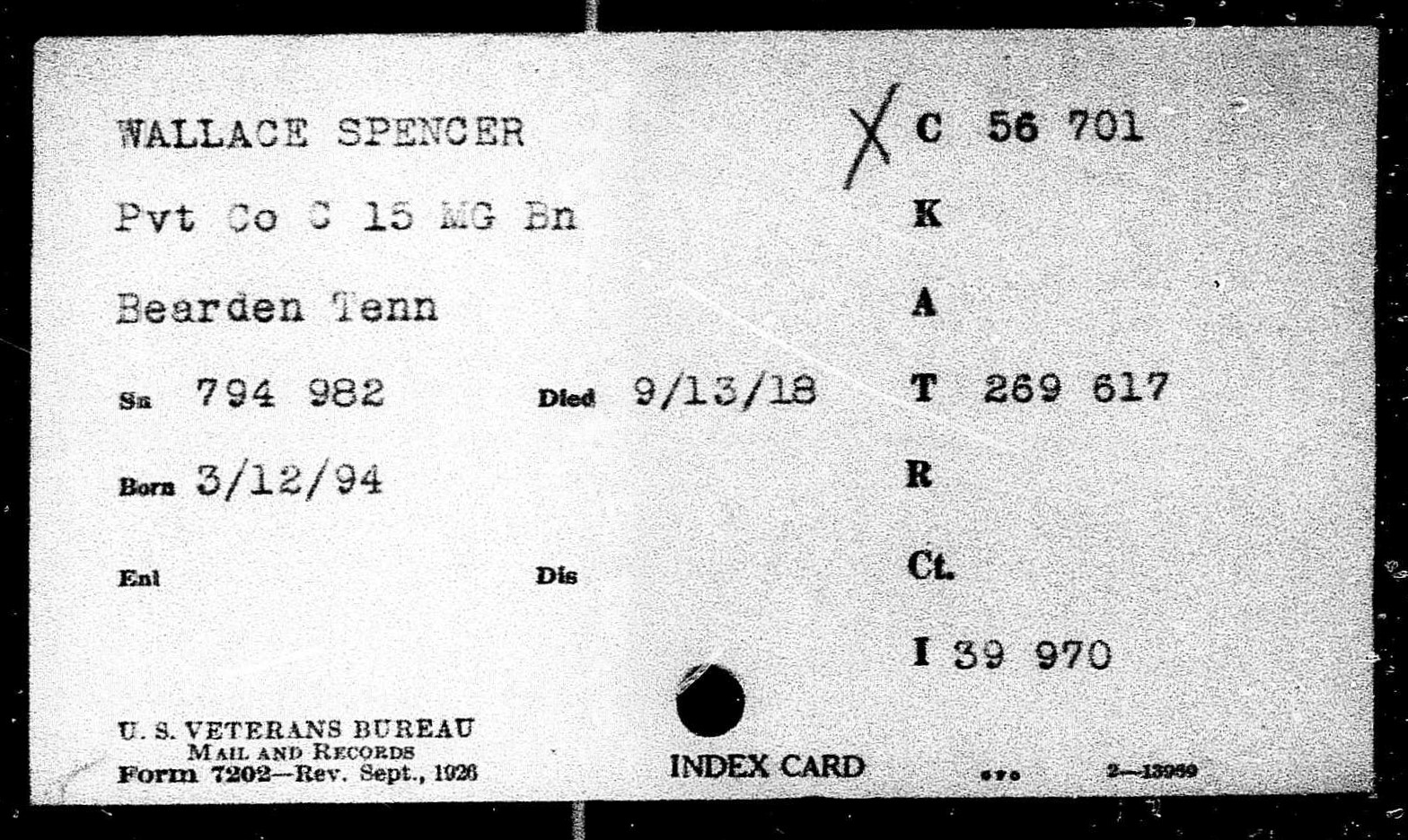 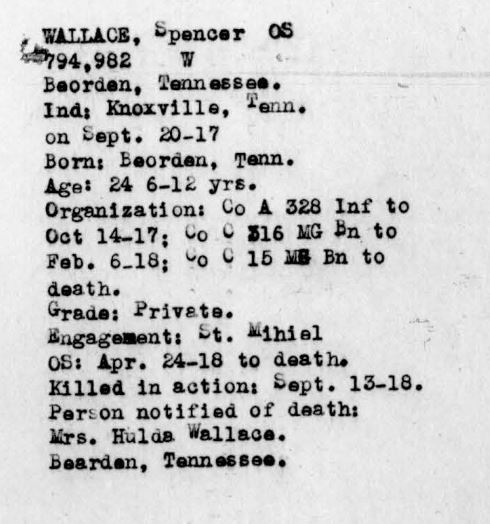 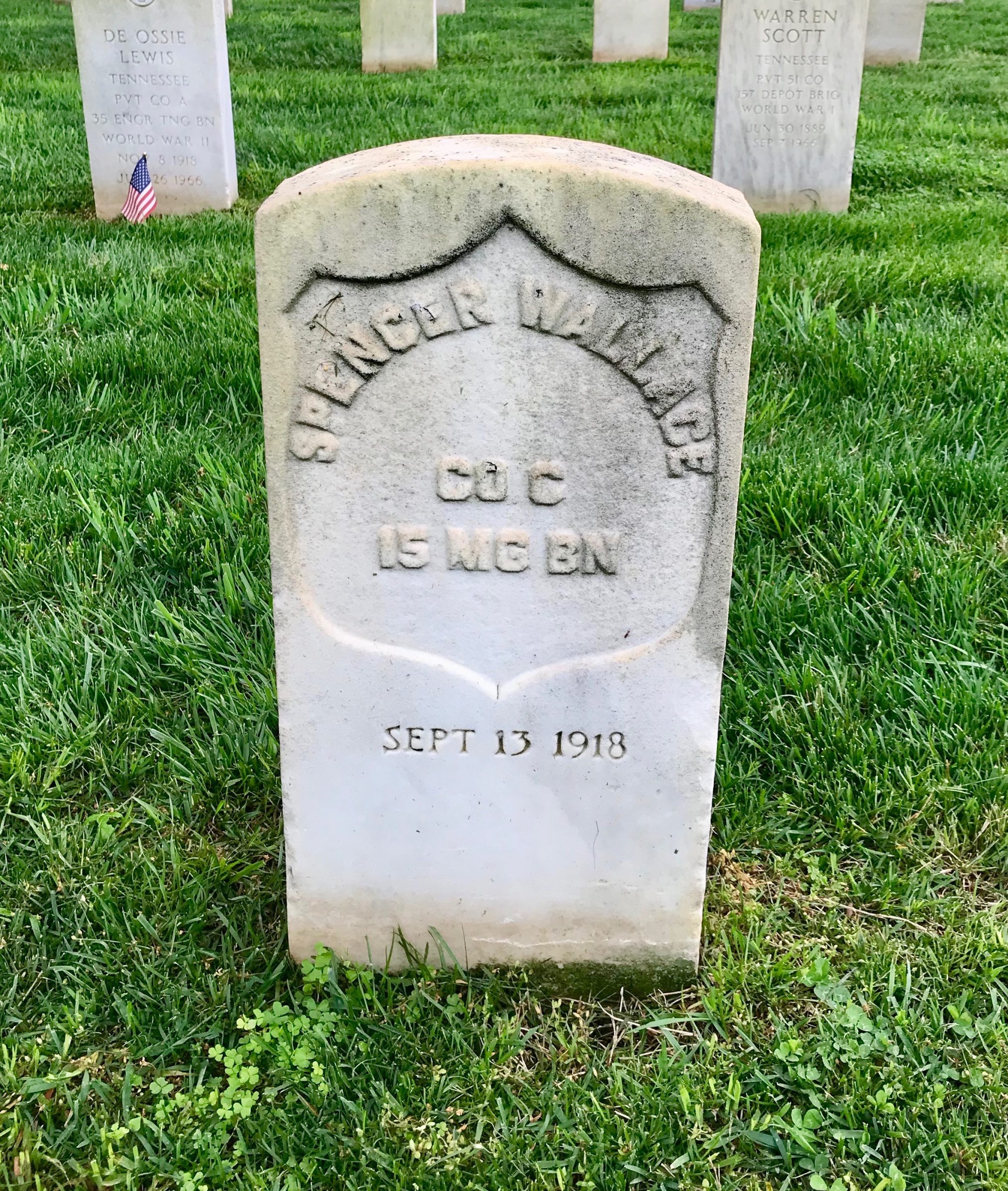