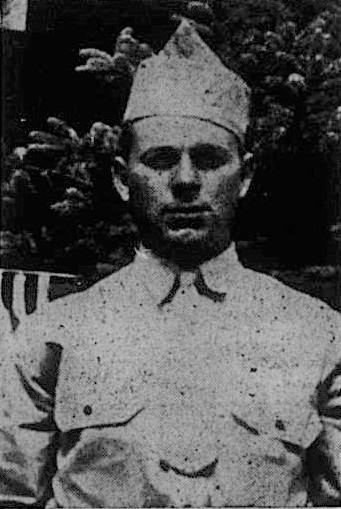 Crossville Chronicle, June 7, 1945
Corporal Sidney Barnes was born June 29, 1918 and had lived in this county all his life. He had been a member of the First Baptist Church at Daysville for the past 14 years. He was loved by all who knew him and will be sadly missed by all. Sidney was married to Evelyn M. Turner, March 14, 1942 and granted a divorse from her on Oct. 30, 1943. He is survived by his parents, one sister and two brothers: Mrs. Robert Wells, Cpl. Wilburn and Sgt. Conard C. Barnes. He was killed in action in the defense of his country on April 15, 1945.

Crossville Chronicle, January 20, 1949
The remains of Sidney S. Barnes, 30, arrived in Crossville Friday, Jan. 14 from the Atlanta Distribution Center, escorted by Sgt. Oliver P. Shelton. Funeral services were held at 10 a.m. Sunday, Jan. 16 in the First Baptist Church at Daysville. Sidney had served with the 2nd Armored Division, 66th Regiment, for 3 years and 5 months. Of that time 28 months was served overseas. He saw action in Africa, Sicily, France, Belgium, Holland and Germany. He is survived by his parents, Mr. and Mrs. Gilbert Barnes; one sister, Mrs. Edith Wells; two brothers, Wilburn Barnes and Conrad C. Barnes, besides a host of other relatives and friends.
Military rites for both Kerley and Barnes were given by members from VFW and American Legion Posts. 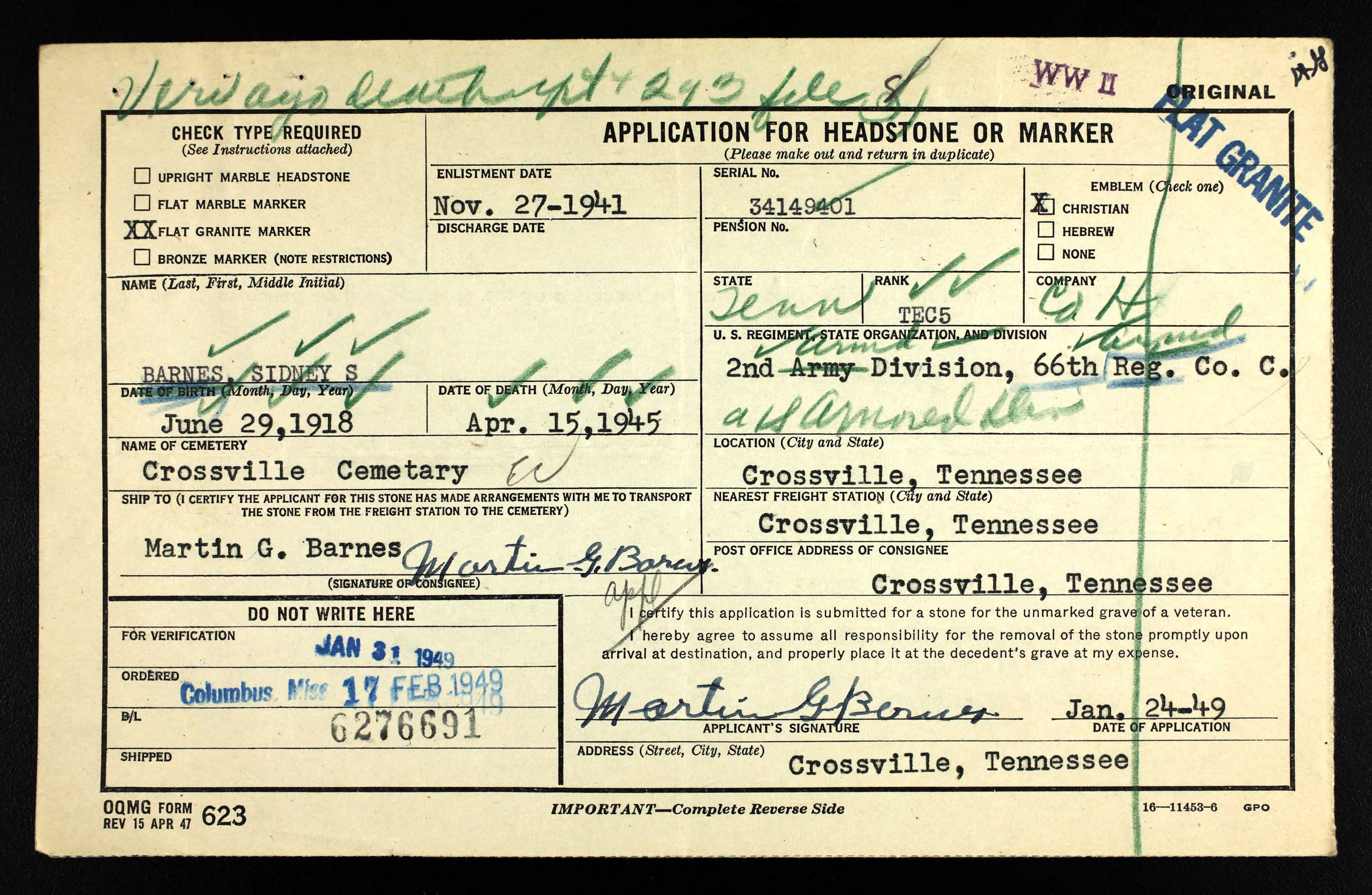