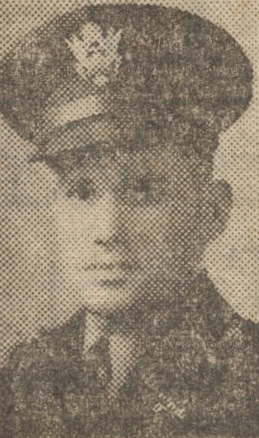 Lieutenant Arnold was graduated from Wheat High School and was attending Tennessee Polytechnic Institute when he volunteered for service in the Armored Reconnaissance Corps in April 1942. He had been overseas for 19 months and had seen action in North Africa and Italy. His company was the first to enter Bizerte, Ferryville, and Rome.

While in North Africa he received a citation for bravery and was promoted to first lieutenant for his outstanding leadership and helping to capture an enemy outpost.

Arnold fell in action against a German tank in Italy on June 30, 1944. 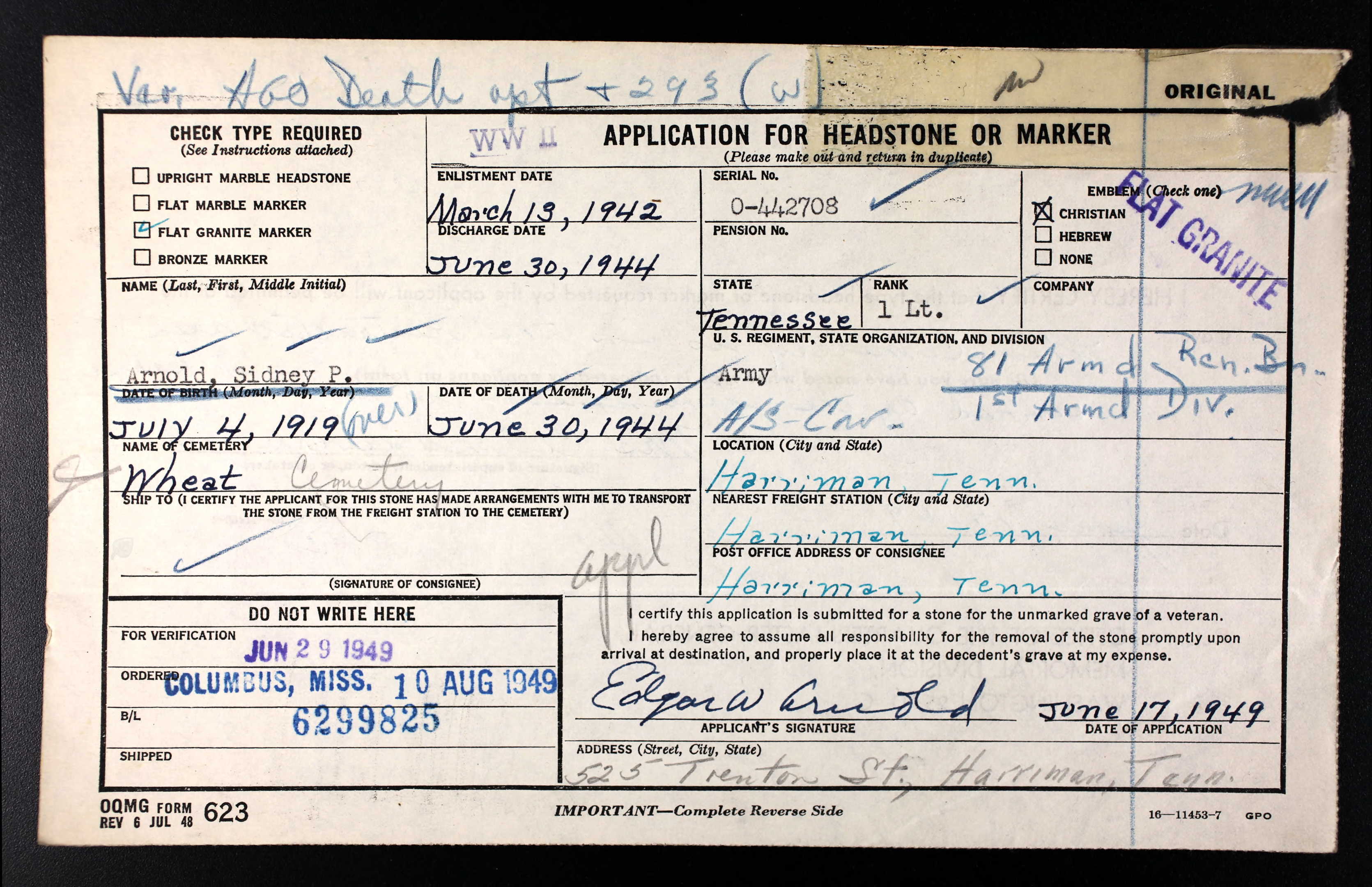 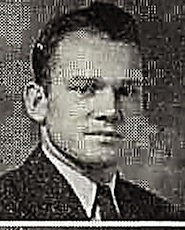