First Lieutenant
Served with the 36th ‘Texas’ Infantry Division, 141st Infantry Regiment, 3rd Battalion Headquarters. He was killed in action on January 22, 1944 at the Rapido River battle in Italy.

“My father, Pfc William H. Kelly, 3rd Battalion, 141st Infantry Regiment, 36th Division was with Lt. Aldridge when he was fatally injured due to enemy fire during the Rapido River crossing. My father was in his 90s when he finally told our family about this incident. My father died 9/2/2014. He remembered Lt. Aldridge very well. He was extremely reluctant to talk about this and there were tears in his eyes when he finally did speak of it almost 70 years later.”

“At some point during the attack my father found himself in a shell crater, or some sort of hole or depression that provided a little cover.  With him were two very badly wounded soldiers, one of them being Lt. Aldrige.  When the order to withdraw finally came he had to choose which soldier to carry back with him.  He made his decision based upon which one he thought had the best chance of surviving.  He chose  the other soldier.  He took this guy with him and somehow got back across the river.  He didn’t know this other soldier’s name and didn’t know what ultimately happened to him.  It was pretty obvious to us that he still felt extremely guilty about this incident. He concluded his story with the question, ‘I’ve always wondered what happened to Lt. Aldridge?’   I think he knew, down deep, what had happened, but like most WW II soldiers who managed to live normal lives after the war he repressed the bad stuff and this was clearly a very awful memory.”
-Submitted by Bill Kelly 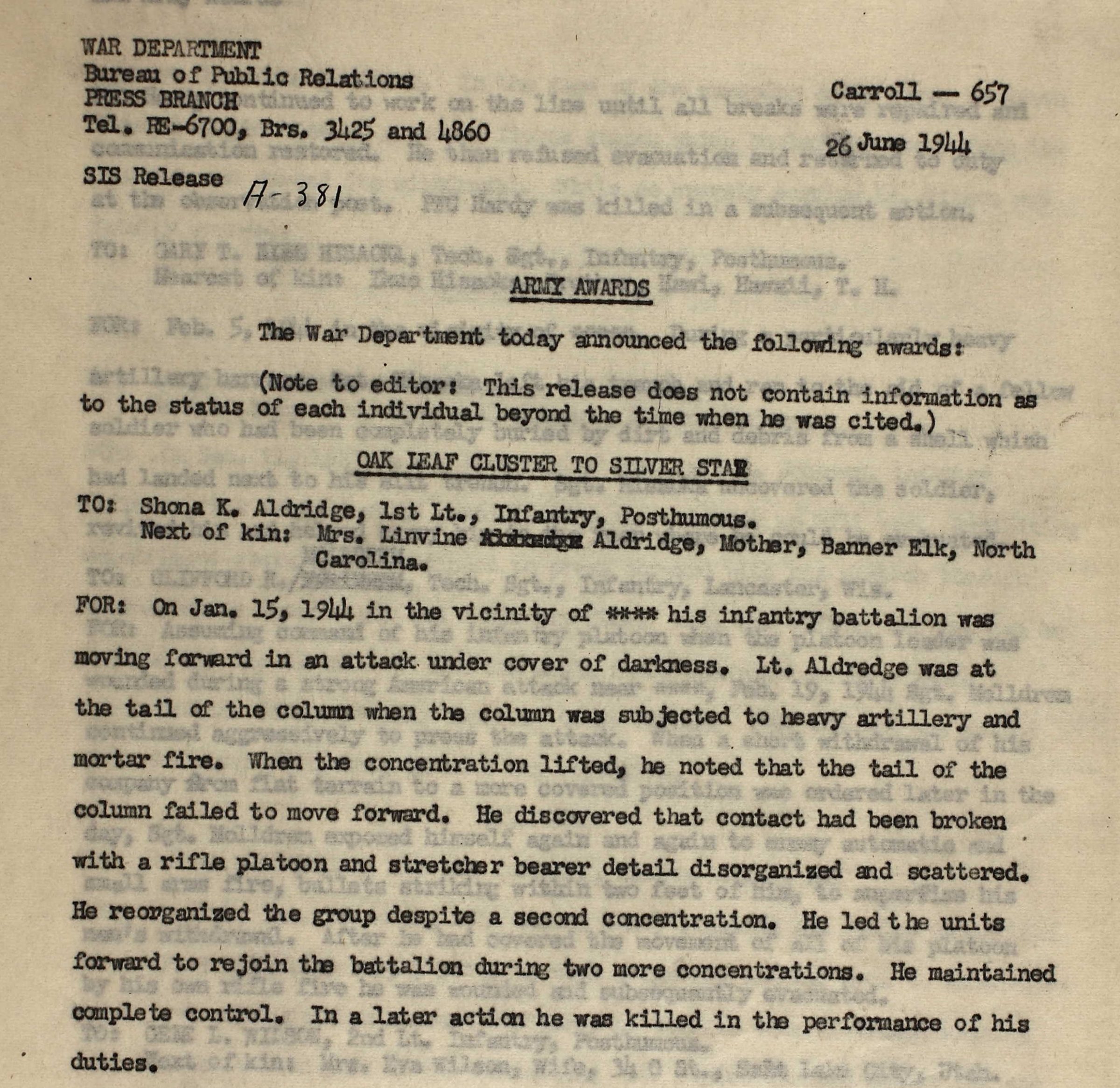