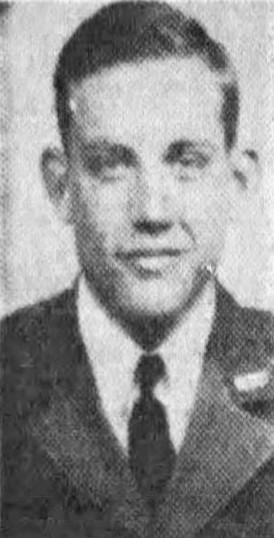 Sergeant Shelley C. Coffey was assigned to the 16th Armored Infantry Battalion, 13th Armored Division. The Division landed in Le Havre France on 29 January 1945. The unit was moved into the lines on 5 April and began their part in reducing the Ruhr Pocket.

Sgt Coffey was killed in action on 15 April 1945, and he was interred at the Netherlands American Cemetery, Margraten, Netherlands, J,2,11.

The Knoxville News-Sentinel, May 3, 1945
Sgt. Shelley Carl Coffey, son of Mr. and Mrs. L.L. Coffey, King Street, was killed in action in Germany on April 15, his family has been notified. He had been in service 29 months and overseas three. He was with the Armored Infantry. Before going into service, he attended Knoxville High School and was employed by Fulton Sylphon Company. Besides his parents, he is survived by four sisters: Mrs. Edith Jordan, Mrs. Marjorie Chambers, Miss Pearl Coffey, and Miss Etta Coffey, all of Knoxville. 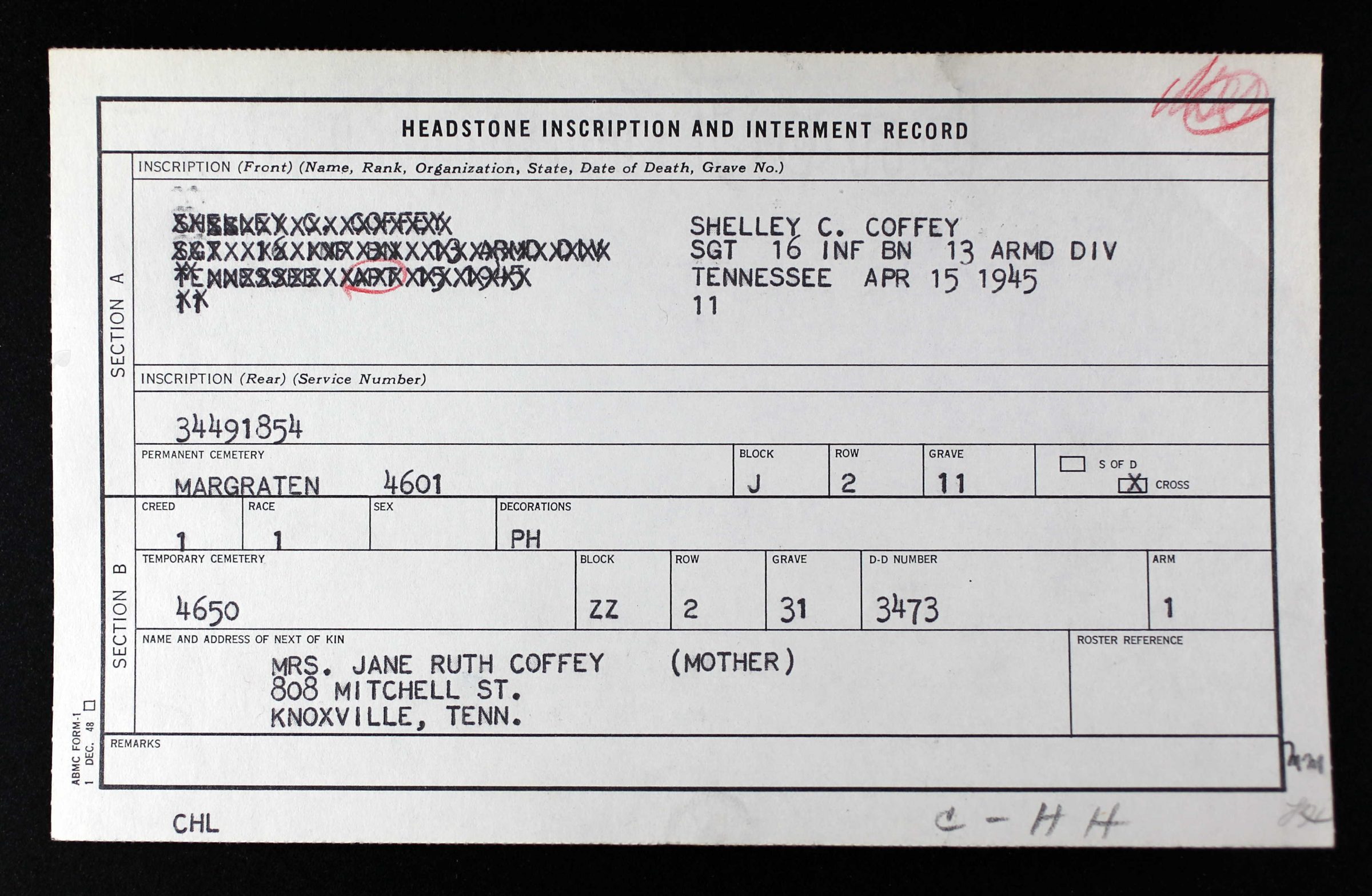 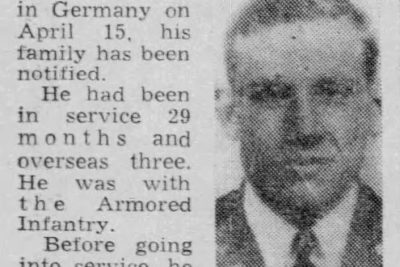 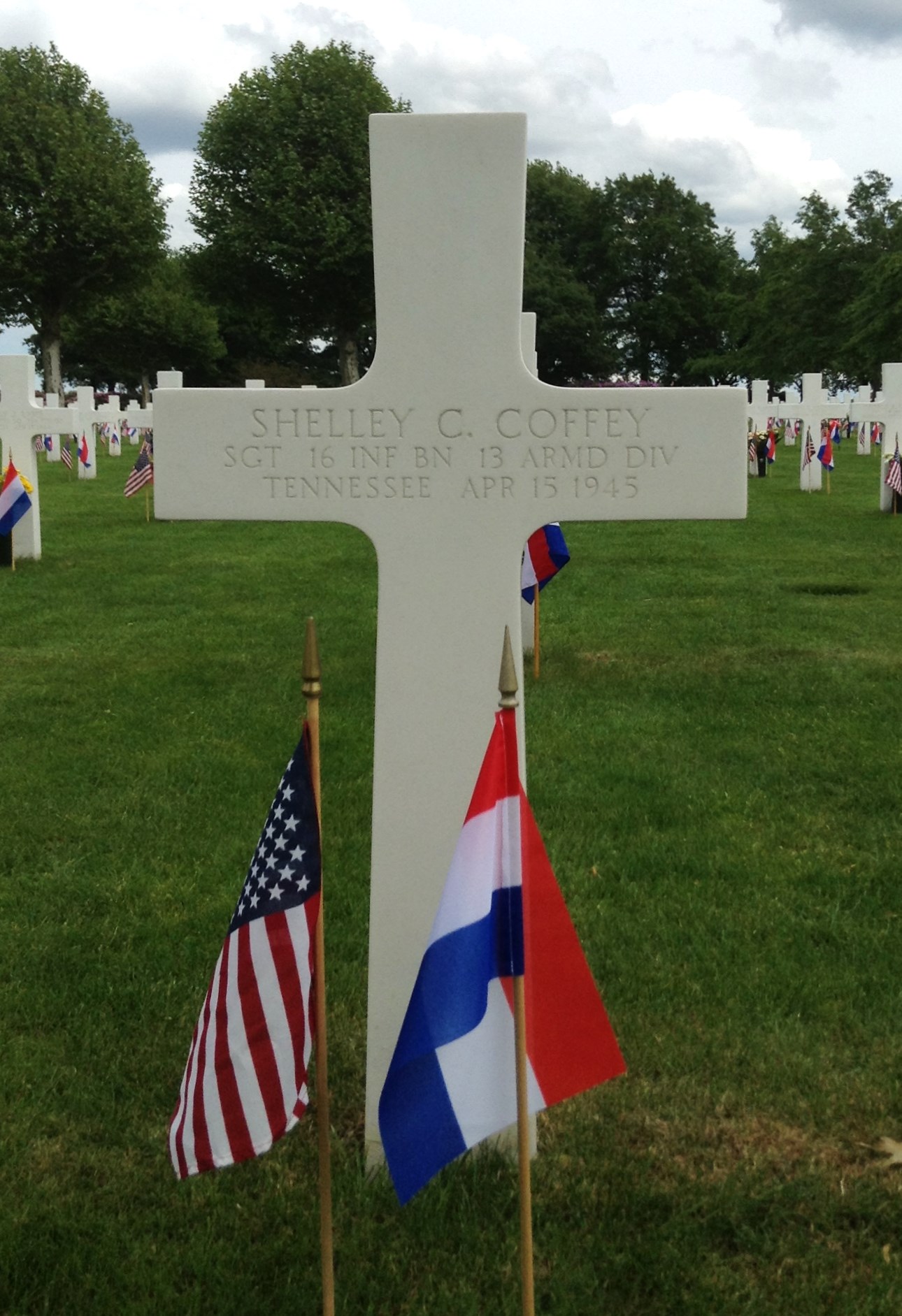