Senter Haney was born 23 July 1891, Greene County, Tennessee to V. Calvin and Margaret C. Haney. He entered the service on 25 July 1917 at Johnson City in Tennessee and trained at Camp Sevier in South Carolina. He died at Angers, France, of enteritis. Buried at Andrew Johnson National Cemetery, Greeneville, TN, C, 112.
His son Charles E. Haney died while in service during WWII and was interred on the same date in Section C, Grave 111.

The Greeneville Sun, February 2, 1944
Funeral of Father and Son, Casualties of Two Wars
Double funeral of Victims of World War Number One and World War Two, Senter Haney, who died in France in 1919 as the result of wounds received in action, and his son, Sgt. Charles B. Haney, young marine pilot, who was killed in an air crash at Cherry Point, N.C. which was held in Andrew Johnson National Cemetery here. The local post American Legion and local unit of State Guard was in charge of the grave. 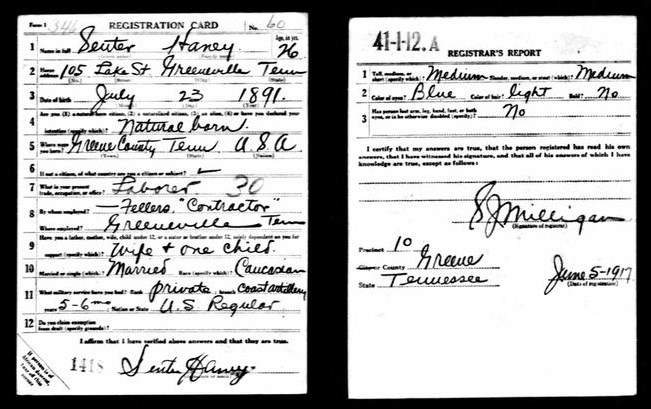 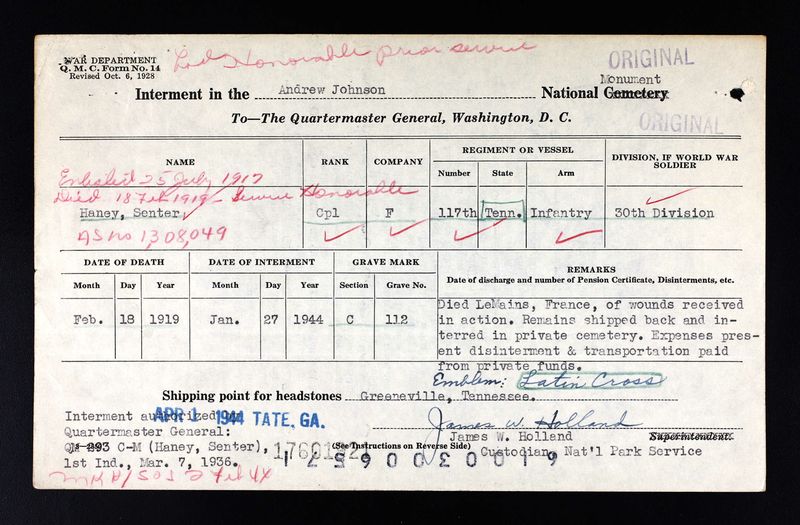 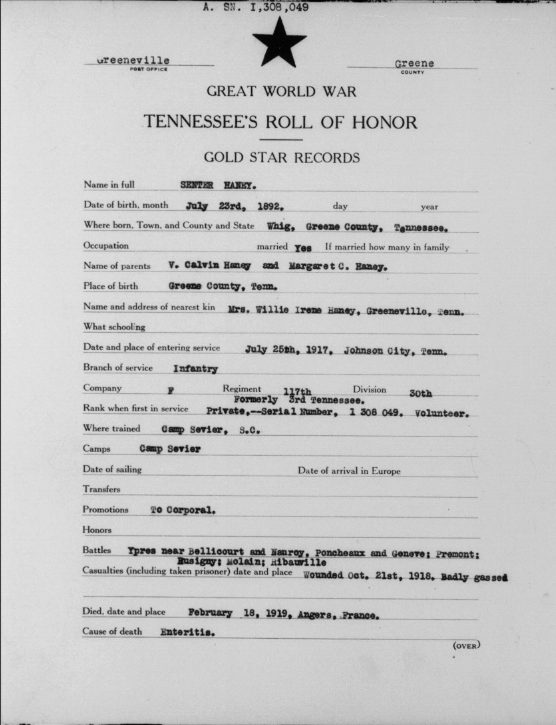 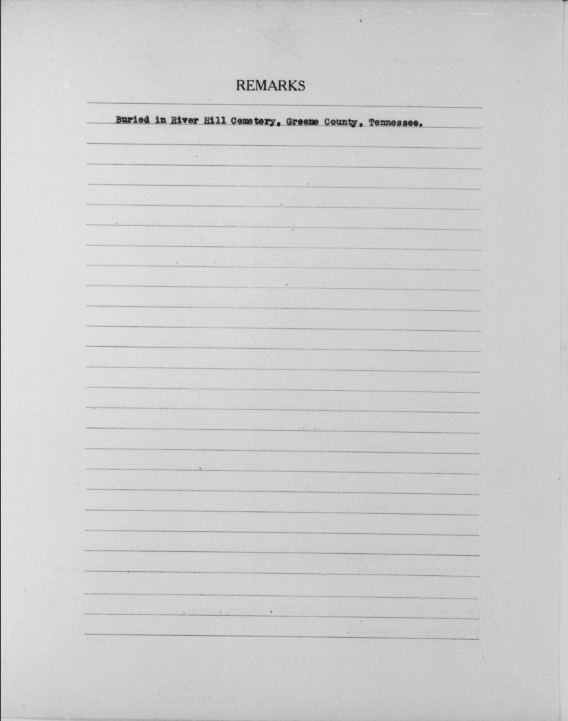 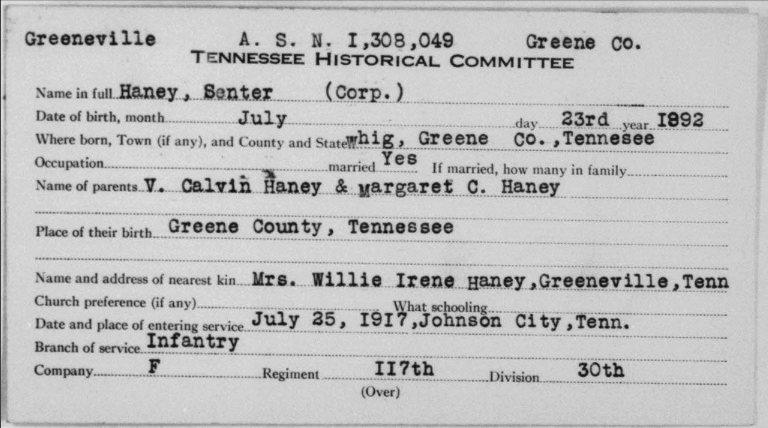 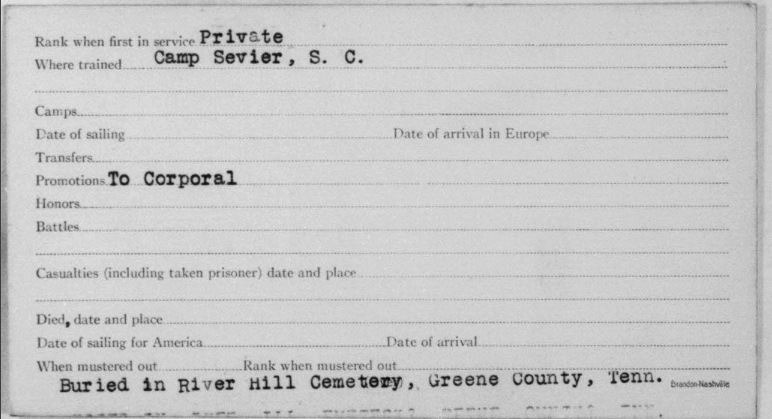 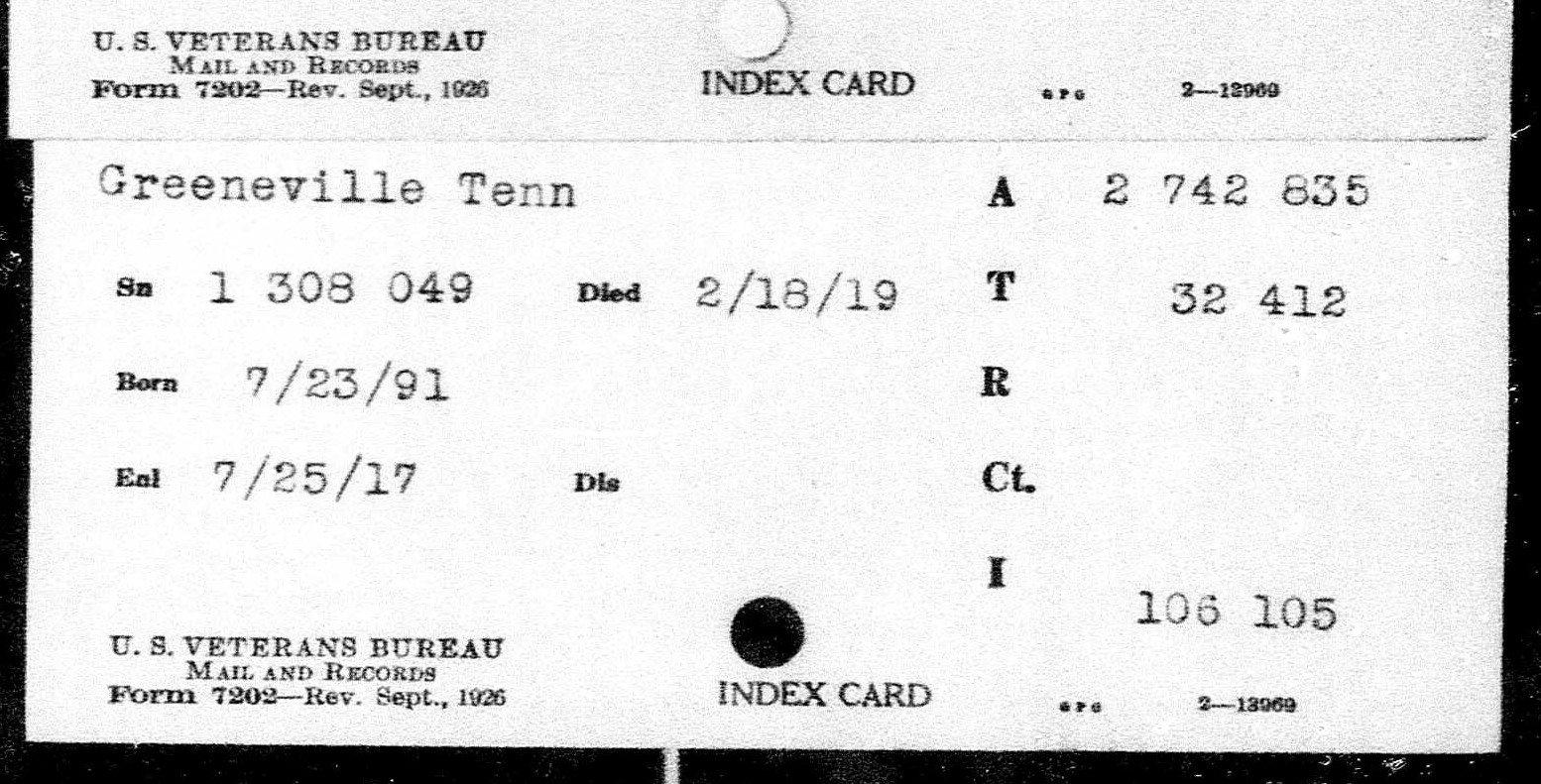 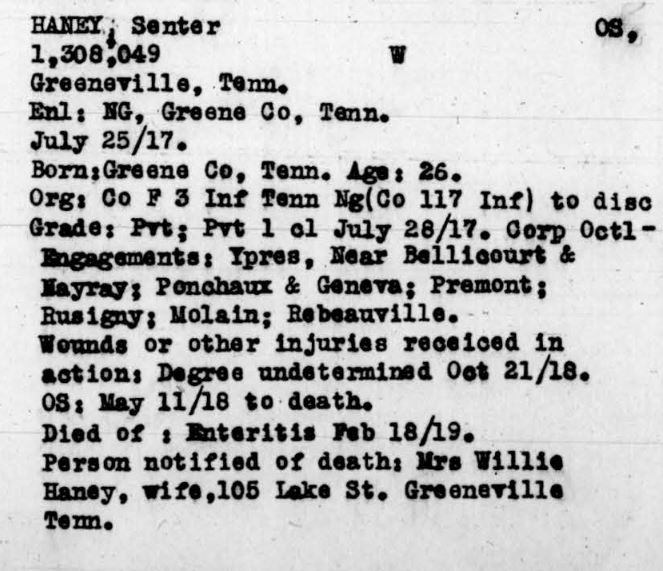 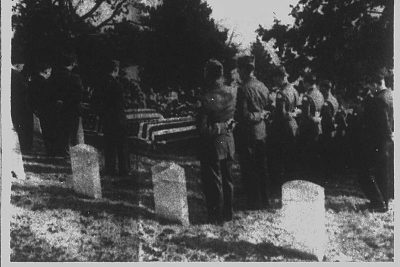