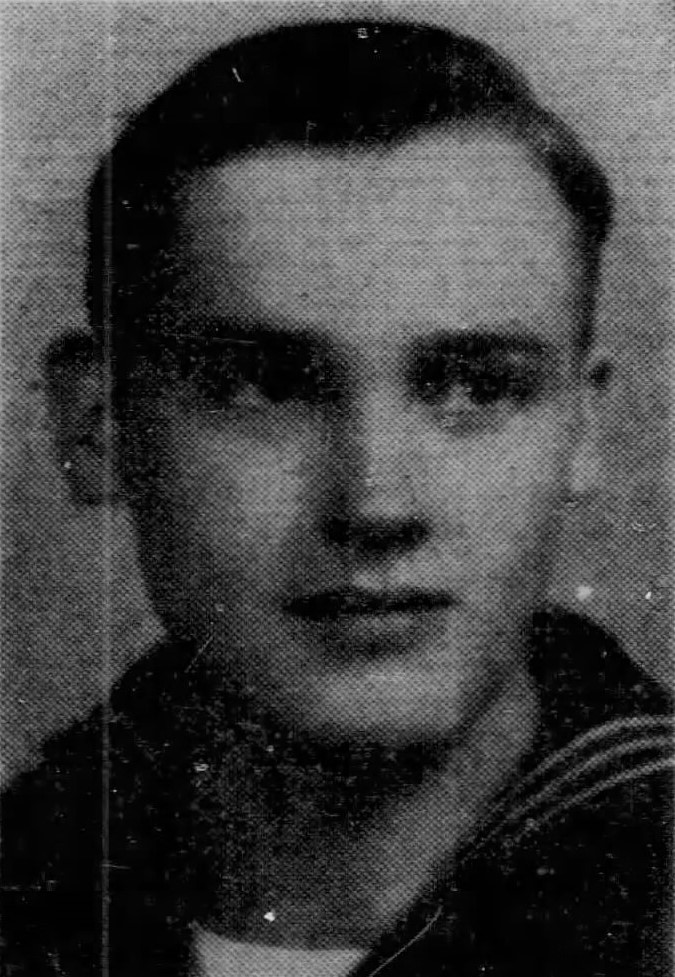 -Sedric Burton Bull was born in 1923 in Kentucky, son of Fred C. and
-Member of Air Group 84 on board the USS Bunker Hill
-Served in the Pacific Theater, 70 miles off the coast of Okinawa
-Died on May 11, 1945, when a Japanese kamikaze nose-dived into the ship at 9:58 AM. The attack killed 393 Americans and was the worst suicide attack against an American interest until September 11, 2001.
Parents: Mr. and Mrs. Fred C. Bull, Rt 3, Concord, TN

The Knoxville News-Sentinel, March 2, 1946
When the Navy Corsair piloted by Ensign Edward Bull, son of Mr. and Mrs. Fred C. Bull, Route 3, Concord, collided in mid-air with another Corsair near Miami Naval Air Station Thursday, it resulted in the second service death in less than a year for the Bull family. Aviation Machinist Mate First Class Sedric Bull was killed last May on the carrier Bunker Hill off Okinawa. Both Bull boys volunteered for the Navy, as did another brother, George, now a chief petty officer. Edward volunteered in September, 1939, Sedric and George volunteered together almost five years ago.
These three were the only members of a family of 10 children old enough for the service Now George is the only member of the trio still living. Luckily he is home on leave now, after spending 17 months in the Pacific. “I’ve just come back from the Philippines,” he said. His leave was to expire March 8, but through the assistance of the Red Cross he obtained a sevenday extension because of the death of his brother.
When the collision of the two swift single-seater Navy Corsairs took the life of Ensign Edward Bull, Barbara, his bride of a years, was left a widow. She and her 2-month-old daughter Carol live in Pittsburgh. George says he has never seen his sister-in-law because he was in the Pacific at the time of the marriage. Four Younger Brothers, Cecil, Jim, Paul and Mickey, are left in the family with three sisters, Mrs. C.H. Duncan, 1409 Luttrell Street, Knoxville; and Bobbye and Kay, both at home.
Also killed in the accident Thursday was Ensign James Brookes Wamsley of Jacksonville, Fla. 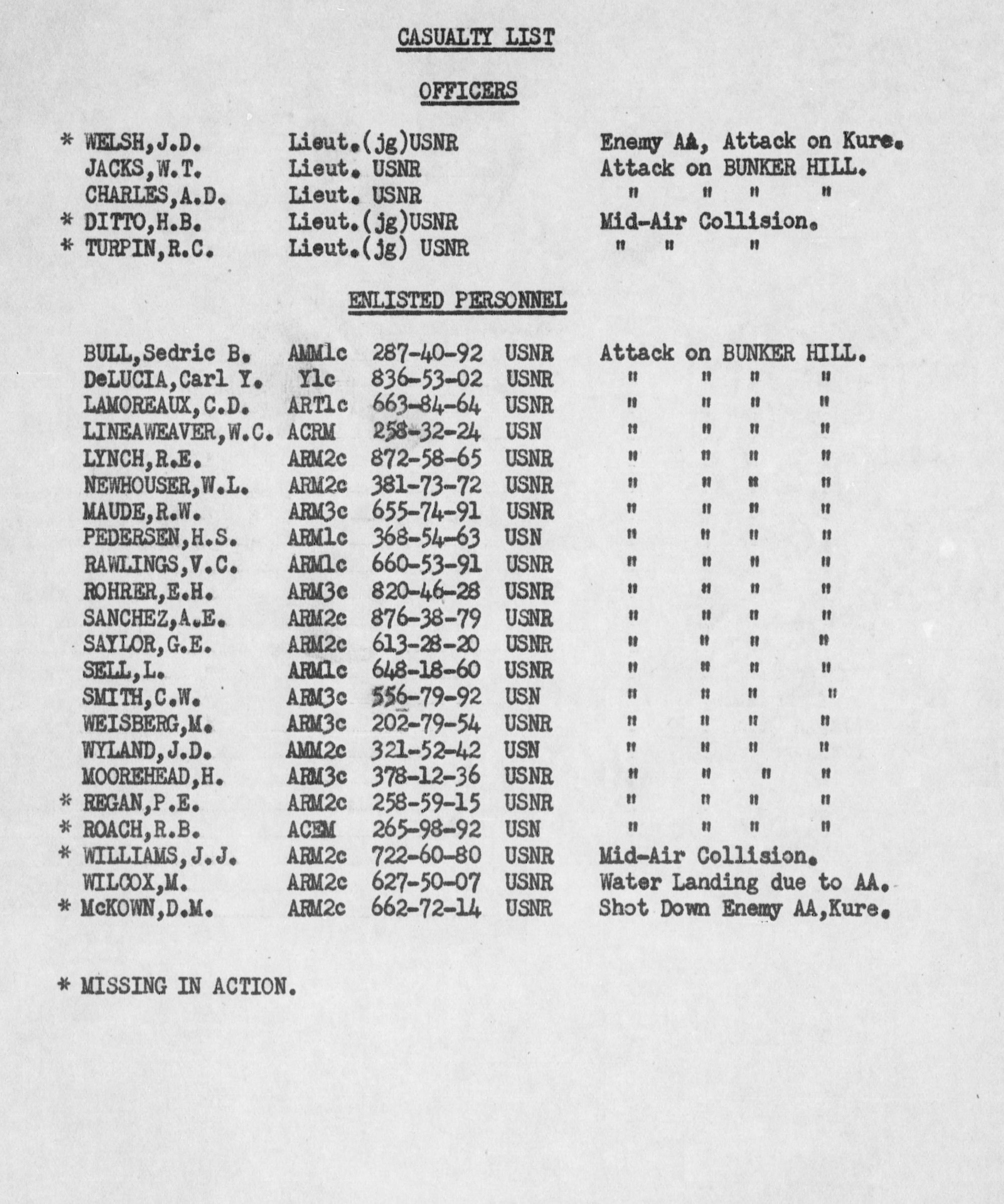 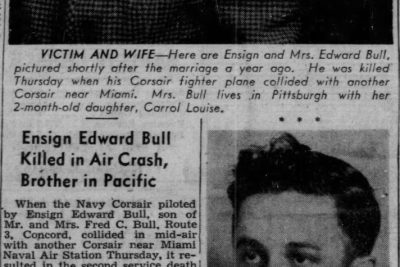