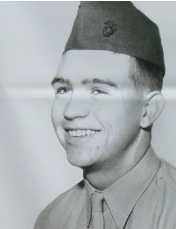 Private First Class Scott William Thornburg was born on November 7, 1950, and was originally from Loudon, Tennessee. He served his country in the Vietnam War in the United States Marine Corps, as a rifleman in D Company, 1st Battalion, 26th Marines, 1st Marine Division. His tour in Vietnam began on March 31, 1969. Two months later, on May 31, 1969, PFC Thornburg was killed under hostile conditions in Quang Nam province, South Vietnam; he was 18 years old at the time of his death. He was a recipient of the Purple Heart Medal. PFC Thornburg is buried at Steekee Cemetery in Loudon, Tennessee, and is memorialized on the Vietnam Veterans Memorial on Panel 23W, Line 32.