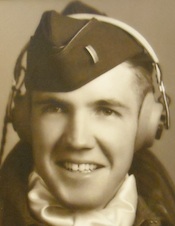 Scot Herrin was born around 1921 in Tennessee. He was the son of Eugene and Mildred E. Herrin of Johnson City.

Aircraft B-25J, with serial number 43-4000 was bombing a target near the Brenner Pass.

Statement from Cpl Delmas E. Collins
I saw A/C 9X 43-4000 get a direct hit in the radio-compartment or bomb bay. It began falling fast and I saw a person fall out and a chute open; probably the tail gunner or radio-gunner. The plane dropped pretty fast and I lost it when we turned. I was flying tail-gunner on no. 6 of the first box, while 9X was flying no. 3 of the second box. This gave my position directly in front of 9X.

S/Sgt Griffin was blown out of the aircraft and was the only survivor. After landing in a wooded area he was taken by some Austrians to a near-by house. Soon after arriving the Germans took him to a German hospital for treatment of his wounds. 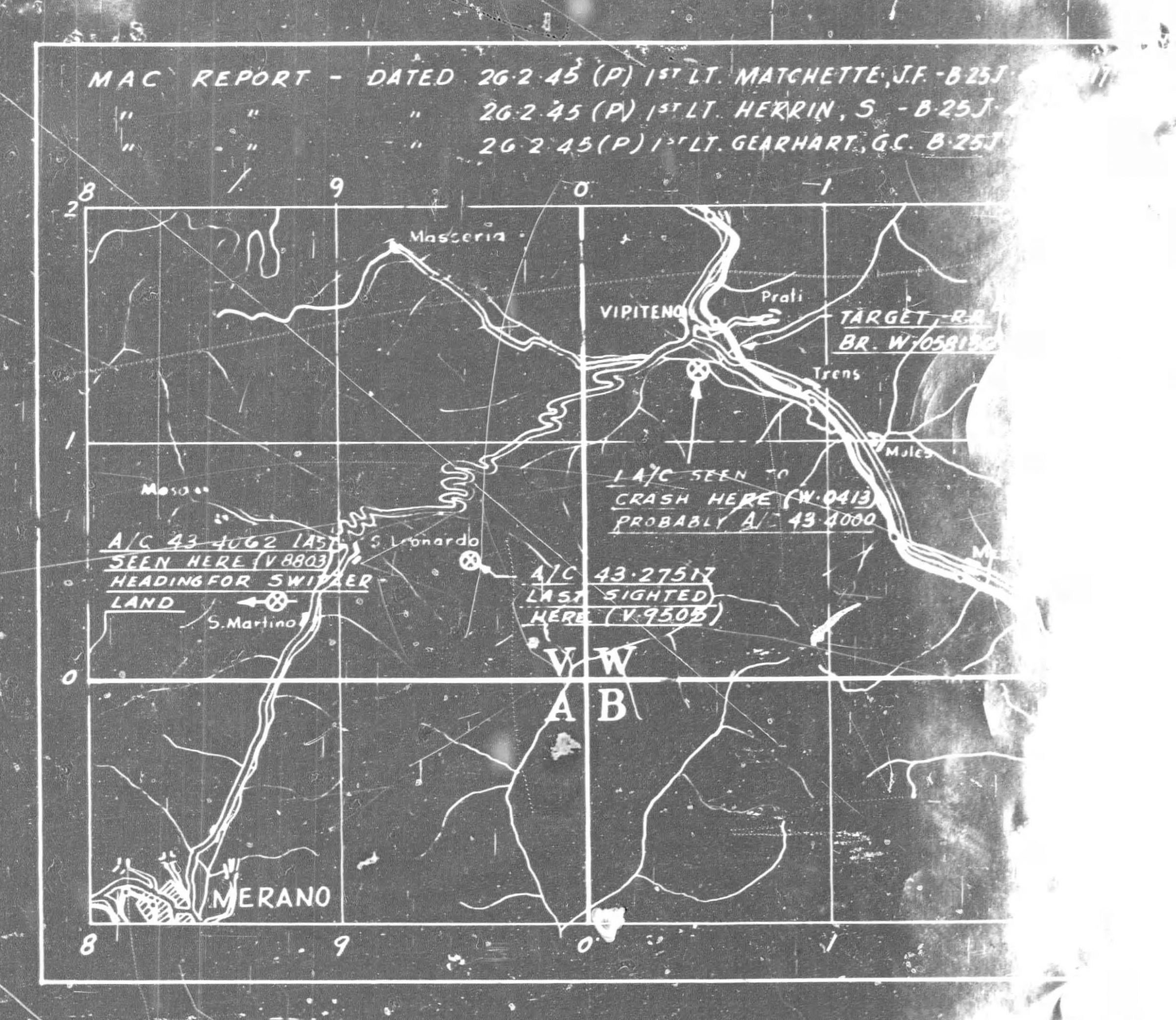 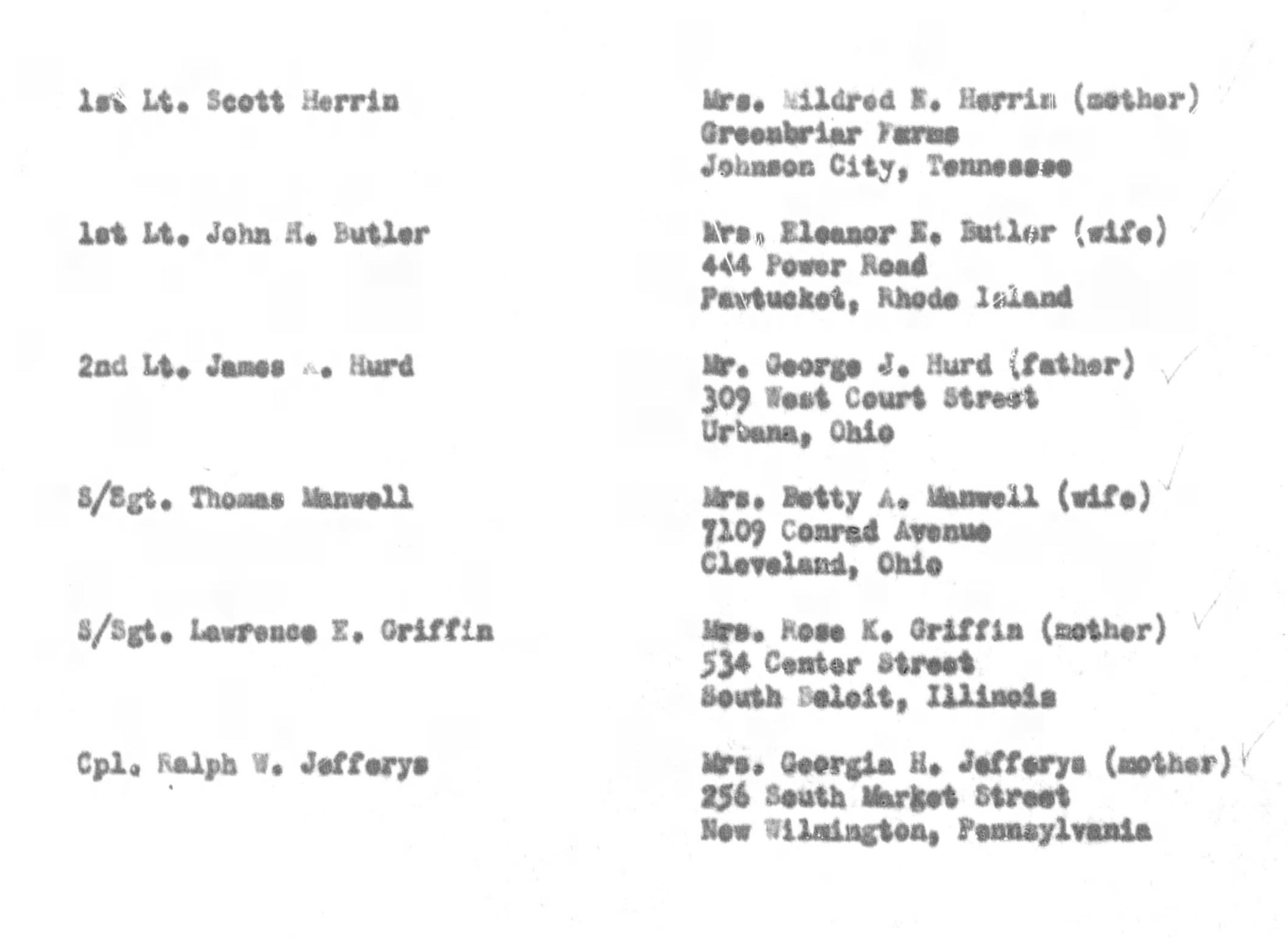 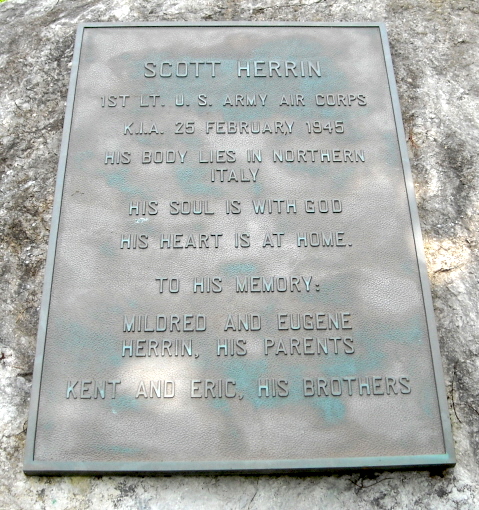 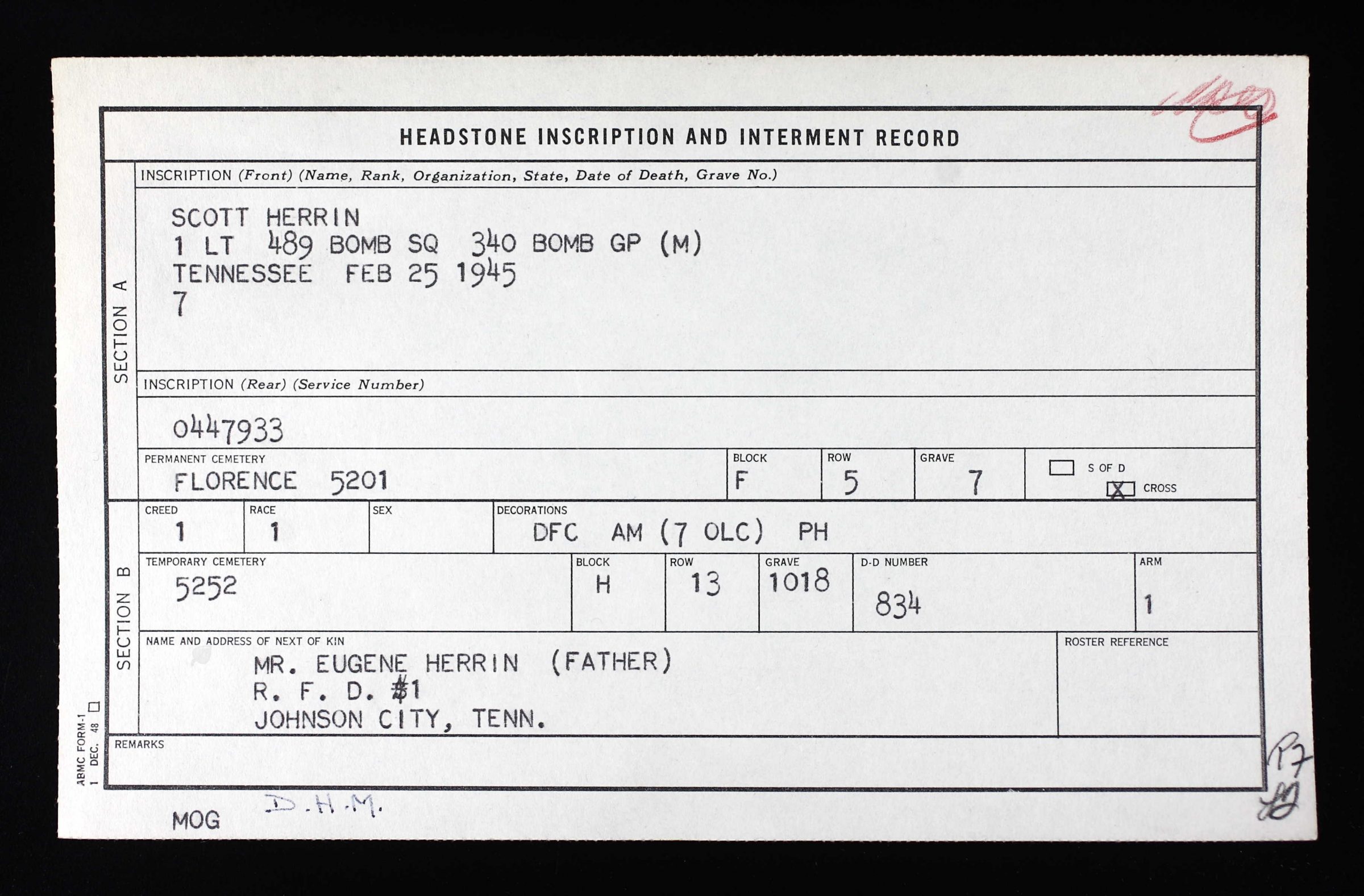 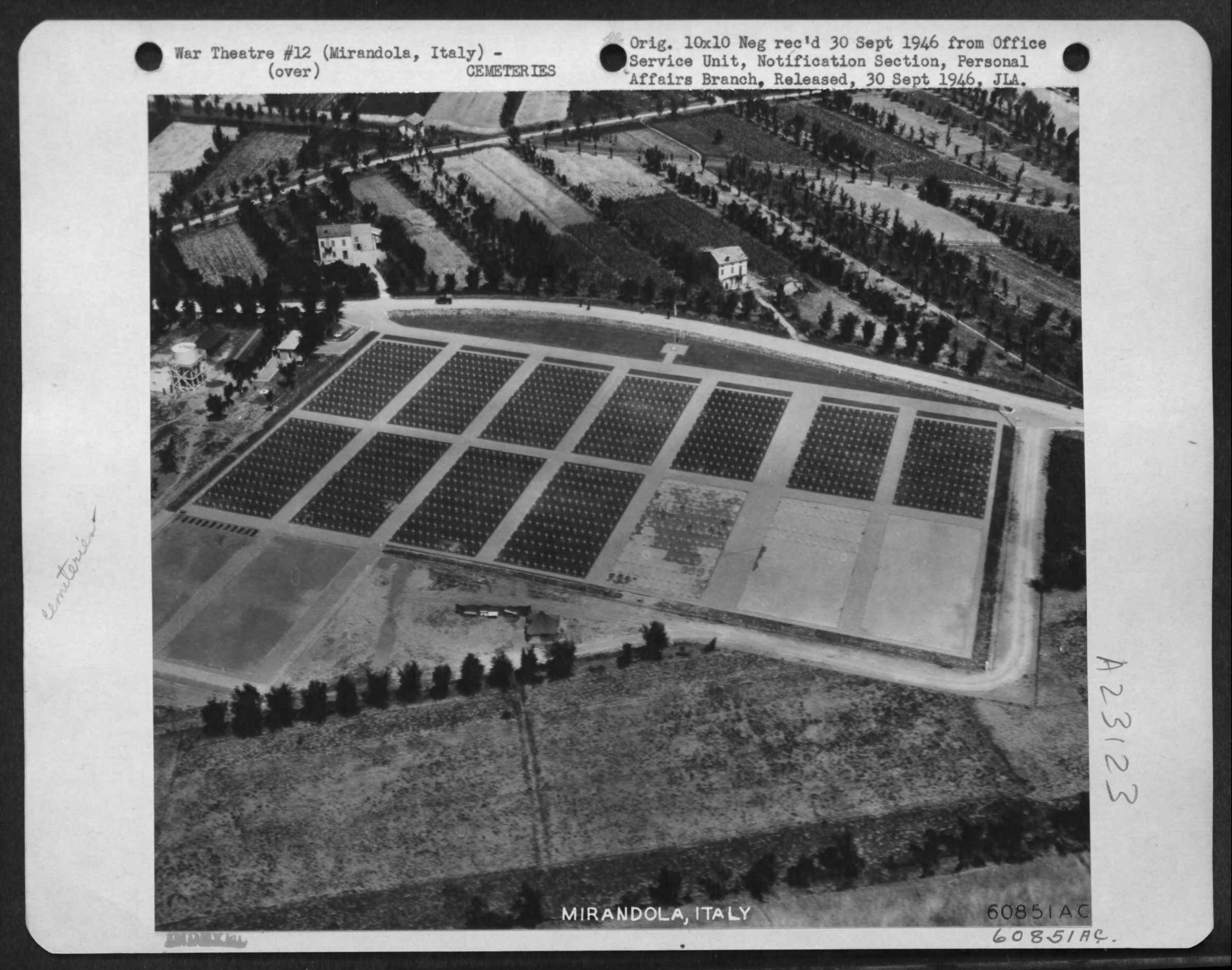