Lieut. Samuel Tipton Jones, Jr., son of Mr. and Mrs. S.T. Jones of Sweetwater, was killed on Friday in an airplane at Moore Field, Mission, Texas. He was in training there and would have received his wings on Nov. 10.

Lieut. Jones was a graduate of Tennessee Military Institute, class of 1934 and of Washington and Lee University, Class of 1939. He enlisted in the Army in 1940 and served in the Canal Zone, later being transferred to the Air Corps. He comes of one of the best known families of this section. 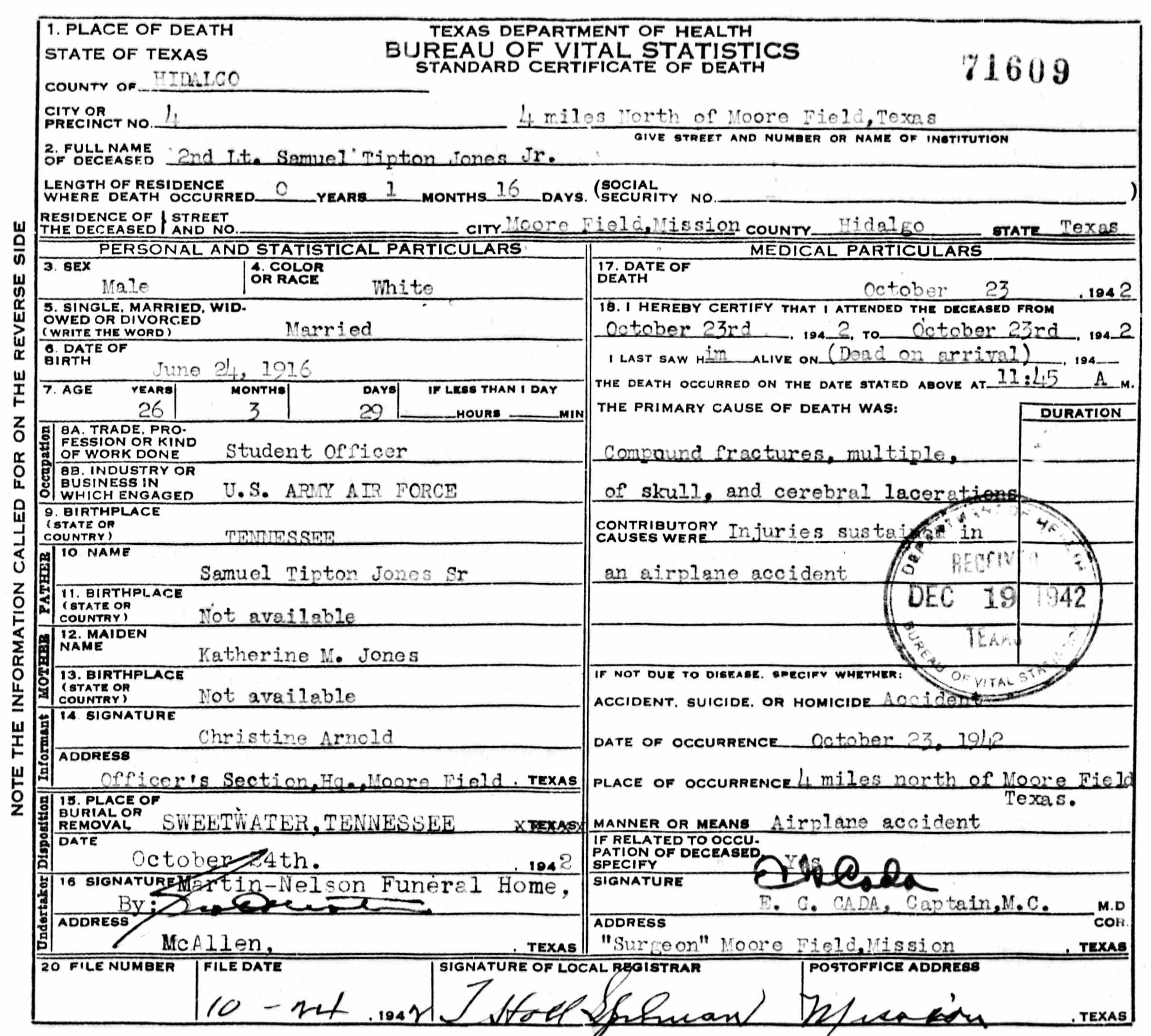