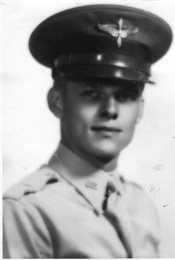 He was a 1st Lt, 36th AAF. He was a fighter pilot. He was flying a Thunderbolt P47D28RE with serial number 44-19862 the day he was shot down. The name of the plane that day had Susan on one side of the cowling and Fritz on the other side and Easy’s Angels on the tail. His assigned plane was Ida Red. He departed from strip A-89 on a dive bombing mission to Grevenbroich, Germany.

Statement from 1st Lt Walter W. Graham:
At approximately 1030 hours on 18 November 1944, our flight was making a dive bombing run on Grevenbroich, Germany. After I had released my bombs on the target, I pulled up and saw 1st Lt Samuel P. Cole crossing the town on his bombing run. There was intense light flak over the target and after he dropped his bombs and was passing out of town at an altitude of approximately 500 feet, I saw flames coming out of the left side of his engine just at the cowling. He flew a straight course of approximately North-Northwest for approximately four miles with his airplane burning badly, but he made no noticable attempt to pull up, and I saw his airplane hit the ground and explode violently just over a small hill approximately four miles from Grevenbroich. I saw no parachute and his canopy was closed when the airplane hit the ground. 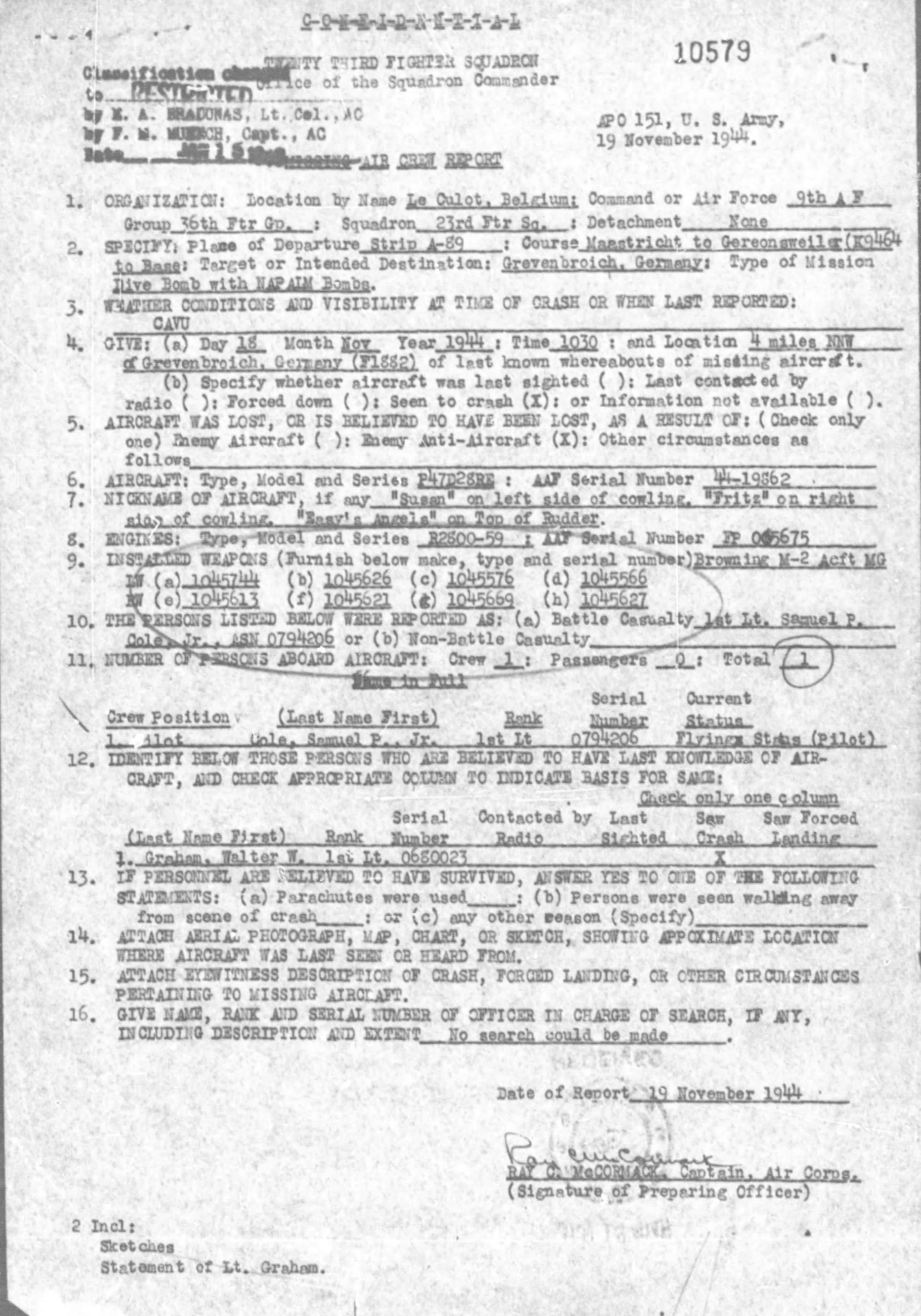 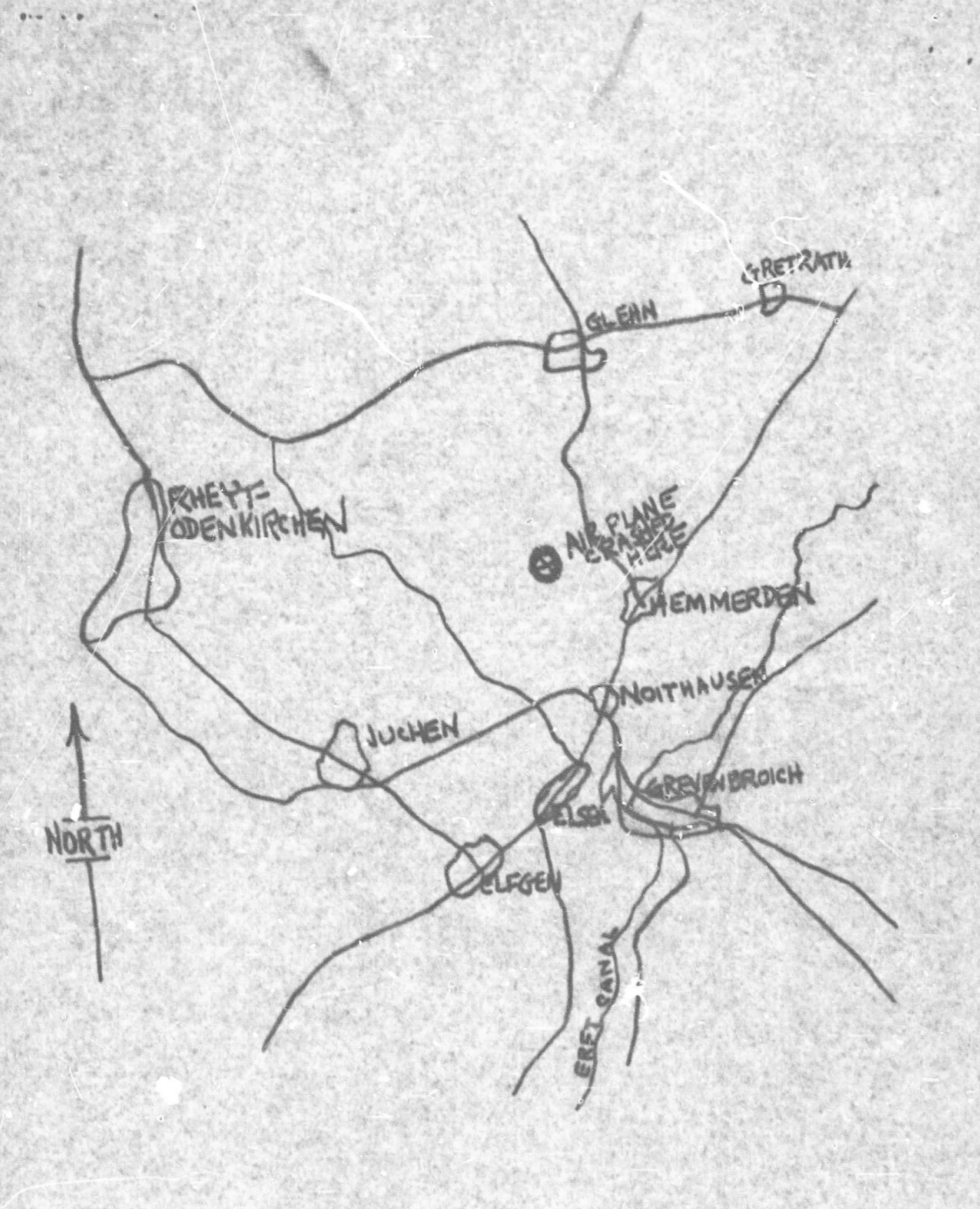