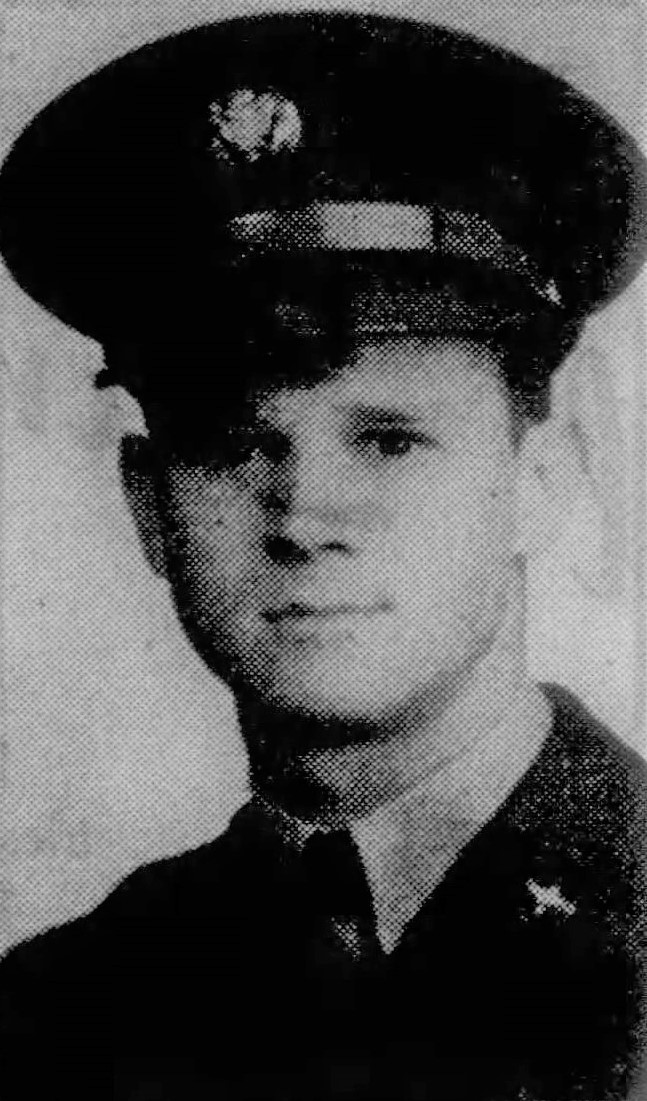 The Chattanooga Daily Times, 15 June 1948
T/Sgt Samuel N. Hall Jr., killed in line of duty in World War II, will be buried in National Cemetery. The son of Mr. and Mrs. S.M. Hall of Cromona, Ky., he was a line chief with the transport command between India and China and had flown “The Hump” four years at the time of his death in March, 1945. Hall was awarded the Air Medal and a Presidential citation. A member of the Haymond Baptist Church of Cromona, he attended Bob Jones College in Cleveland, Tenn., and Lincoln Memorial University in Harrogate, Tenn. He is survived by his parents and two sisters, Mrs. Earl Hicks of Chattanooga and Miss Alma Elizabeth Hall, Cromona. 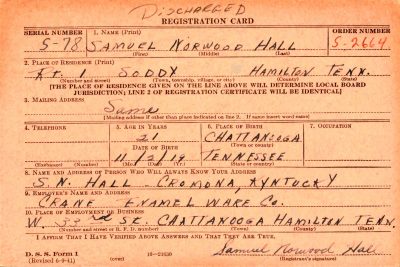 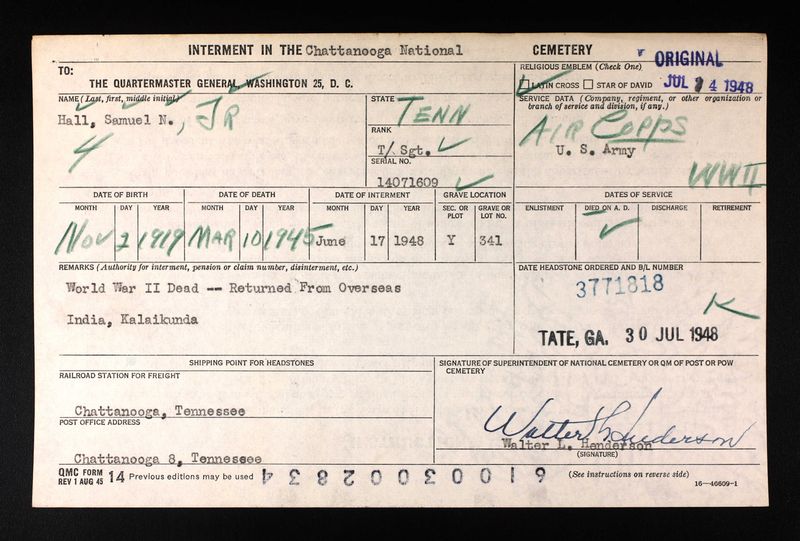 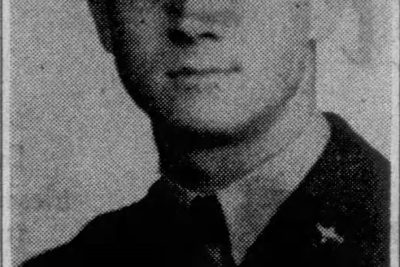 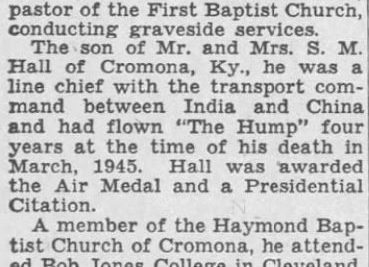 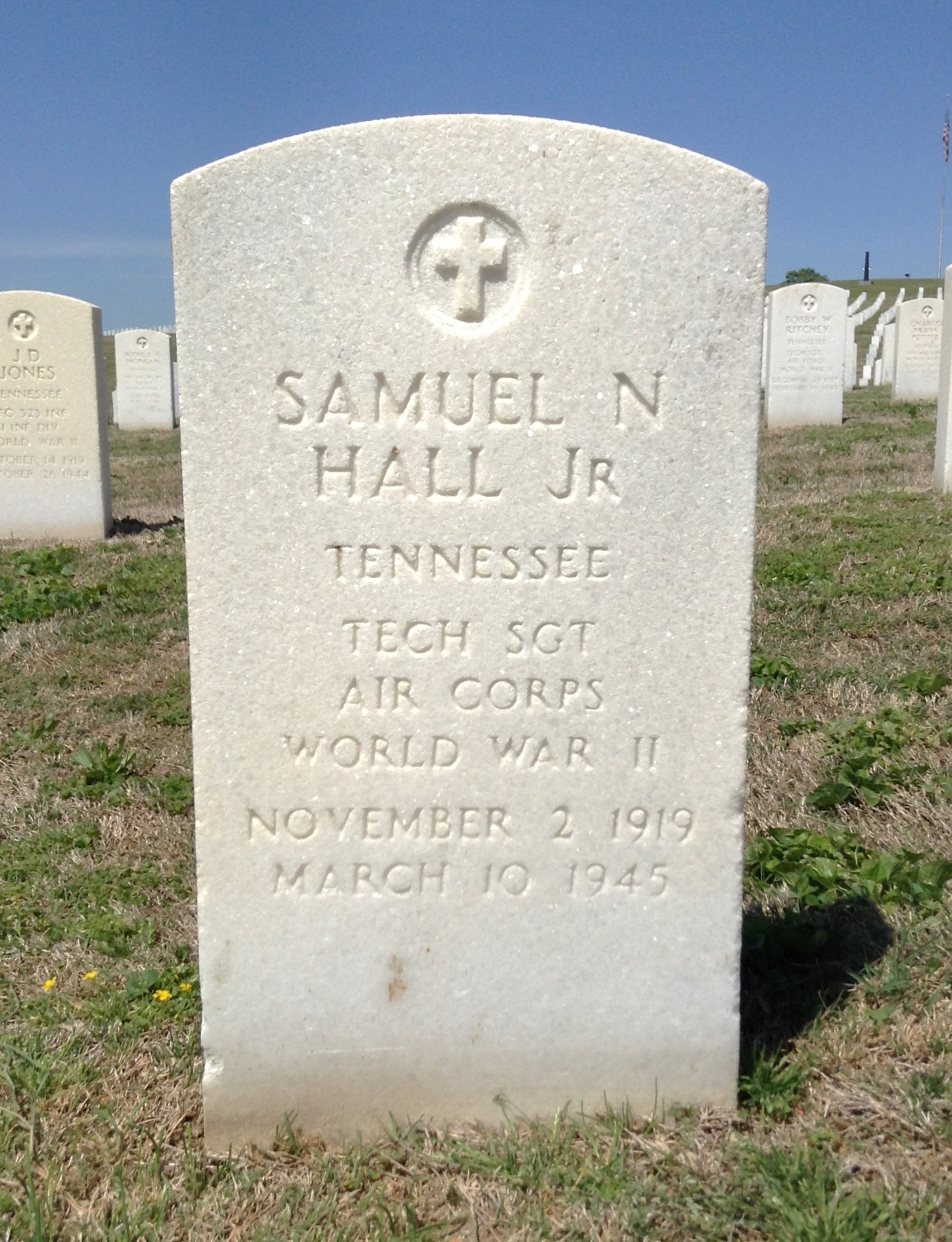