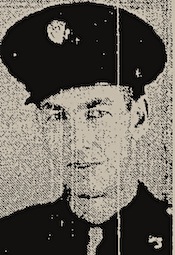 From a newspaper obituary:
PFC Kyle, 34, who was killed in action April 20 in Italy, was a member of the 349th Infantry Regiment, Company G, which was one of the three infantry regiments of the 88th Blue Devil Division.
Among the exploits of this infantry regiment was a battle at Calenzano, which took place July 22, 1944. During 12 hours the regiment fought off 12 counterattacks by the enemy in the Volterra-Arno campaign.
Another occasion the regiment was 53 days in the front lines without a break, over some of the worst terrain in Italy. This was in September 1944, when the Fifth Army had gone past Florence and was attempting to take two mountain peaks. The 349th Regiment was known as the Kraut Killer regiment and was feared and hated by the enemy.
He left his wife, Mrs. Mary Eatell Pendleton Kyle; he is the son of W.D. Kyle. He was a member of the Broad Street Methodist Church.
Pvt Kyle was awarded the Combat Infantrymans Badge, the Good Conduct Medal and the Sharp-shooters medal.
He graduated from Dobyns Bennett High School where he was a member of the football team; he was a former employe of the Tennessee Eastman Corporation where he was head operator of the spinning division. 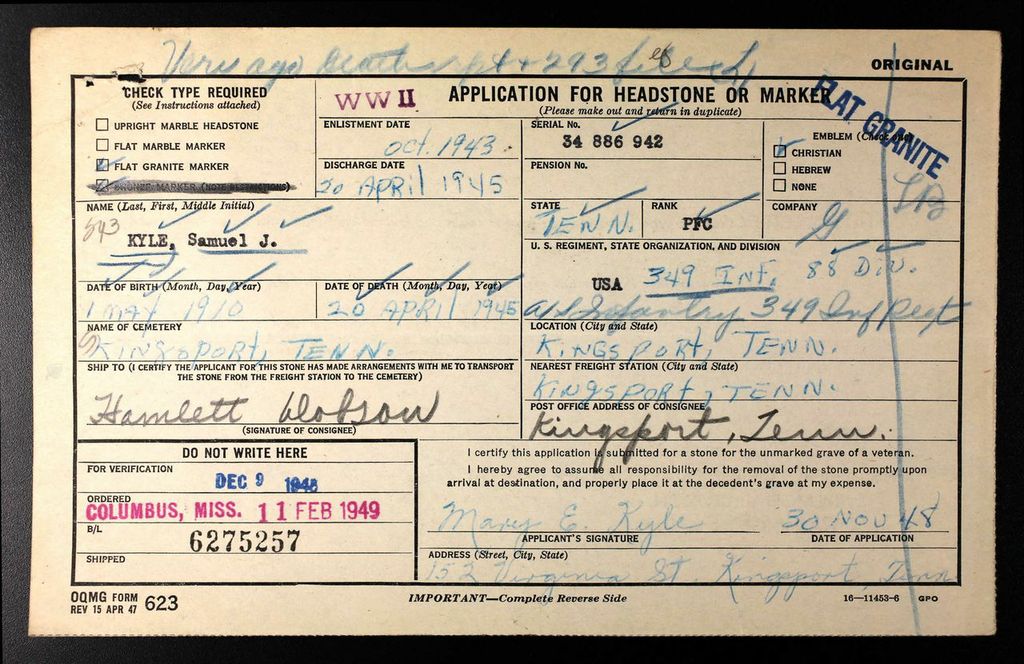